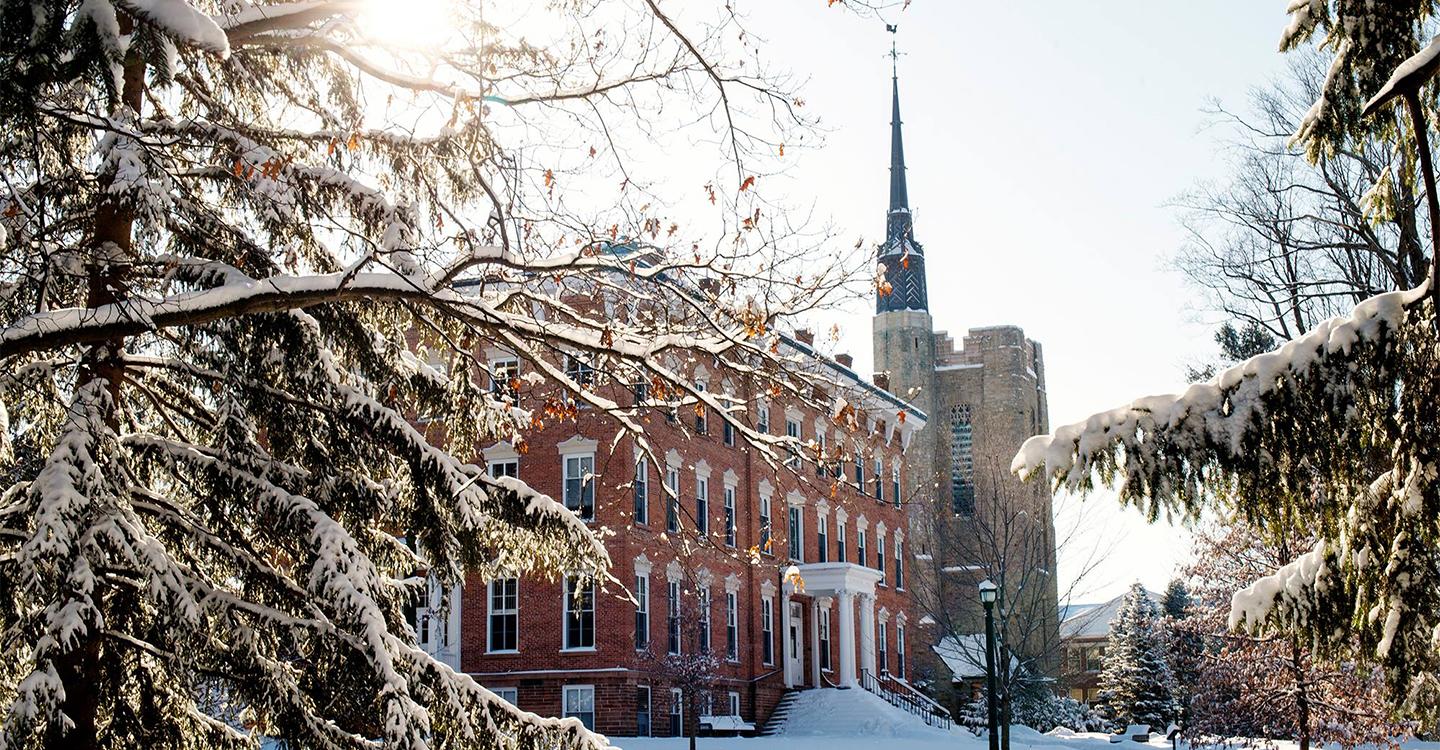 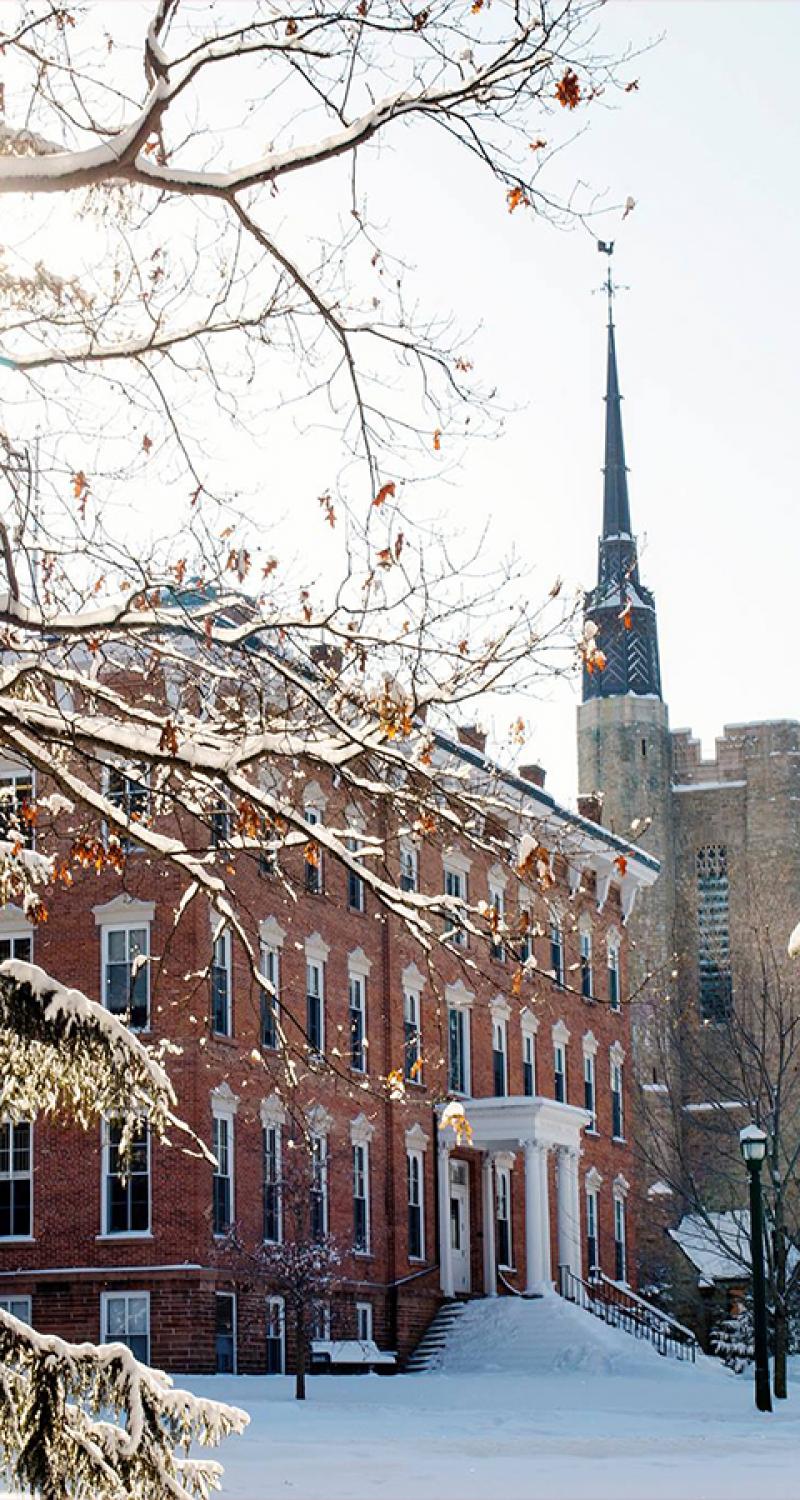 Volunteering for Every Laurentian

“The generations who made St. Lawrence what it was when we were students (those of us from the 1970s and ’80s) had an enormous impact,” says Earl A. “Trip” Samson III ’80, P’16, University trustee and Laurentian Major and Planned Gifts committee co-chair for The Campaign for Every Laurentian. “Now, it’s our turn to ensure St. Lawrence is well-positioned to serve the next generation.”

Samson is joined with committee co-chair and trustee Donna Winston ’85, both leading by example and both motivated by their own personal relationships with the institution.

For Winston, the connection to St. Lawrence is nothing short of life-altering.

“I arrived at St. Lawrence not sure of myself and unaware of my potential,” Winston admits. “I felt lucky to have gotten in to St. Lawrence where I was given the opportunity to change my life. I felt myself change in the first months and I could see that I had been given a path and had more direction.

“At St. Lawrence, I felt I was able to test my abilities, and if I failed, so what? I failed. I had met a group of friends who changed my life. I felt very much supported,” she says. “So coming out of St. Lawrence, I had the confidence to step out of my comfort zone. I had gone around the world. I had done things that I’d never done before. And, thank you to St. Lawrence, I was able to enjoy a career that challenged me and allowed me to tap into my liberal arts education every day.”

Volunteering was a natural next step for Winston after graduation. “I actually owe the school a lot,” she says. “So when I graduated, I was very involved: Class Notes, Reunion, Alumni Council, all that kind of stuff, because this place was a great four years of my life, and I never thought I could be so happy.” Winston remains very close with her St. Lawrence friends and these relationships motivate her to invest in keeping the entire Laurentian network strong.

Samson has a similar motivation. “I loved my four years at St. Lawrence,” he says. “The experience made me a lifelong learner and it left me with a deep network of friends who have made my life rich in many ways.” And like Winston, with many family members who are Laurentians, Samson’s connections to St. Lawrence also span generations with his son, Henry, a 2016 graduate.

Throughout his professional life working alongside his wife of 34 years, Samson has pursued making a difference through philanthropy.

“Outside of work, I have always been grateful for the deep not-for-profit involvements that I have had throughout my adult life,” he says. “The causes have all been impactful on the world we live in, and the people I have met and had the opportunity to work with along the way have been second to none. Among my not-for-profit involvements, schools have always been a particular interest.”

Samson and Winston’s work with the Laurentian Major and Planned Gifts committee is expanding the St. Lawrence network in important ways. “I’ve always enjoyed ‘friend-raising’ for the University,” says Winston, “and what I love about this major-gifts group is they’re a powerful team of people and they know how to do their jobs.”

In partnership with the Advancement team, and supported by Terri Selby, executive director of Major and Planned Gifts, the committee’s outreach has already had a significant impact. Each of the 22 members has made a major gift commitment to the Campaign, and each member is helping to open doors for others to make a difference. Their networking has resulted in hundreds more participating with their time and resources and setting the Campaign up for success long before, and since, the public launch, with a focus on long-term returns.

“One of the primary goals of the Campaign is largely targeted at endowment,” says Samson. “As we chart the course for the future of the University, growth in the endowment will be a key pillar in supporting the operating budget of the University on a sustainable basis.”

“It is our time to get involved and make sure that it is a success,” Samson adds. “As Winston Churchill once said, ‘We make a living by what we get, but we make a life by what we give.’ I believe this wholeheartedly and my life has felt full because of it,” says Samson. “I hope those that volunteer and invest their time and expertise in the University feel as fulfilled as I do.

“While the time that I give to St. Lawrence is significant,” continues Samson, “I feel as though it is insignificant compared to what the University has given me. There is enormous satisfaction in being able to give back and contribute to the success of future generations of Laurentians.”

“I love spending time working to try and bring connections back in, bring people back in,” Winston adds and says simply, “because this place is fabulous.”

Learn how you can become a volunteer.

Support the Endowment and Learn More