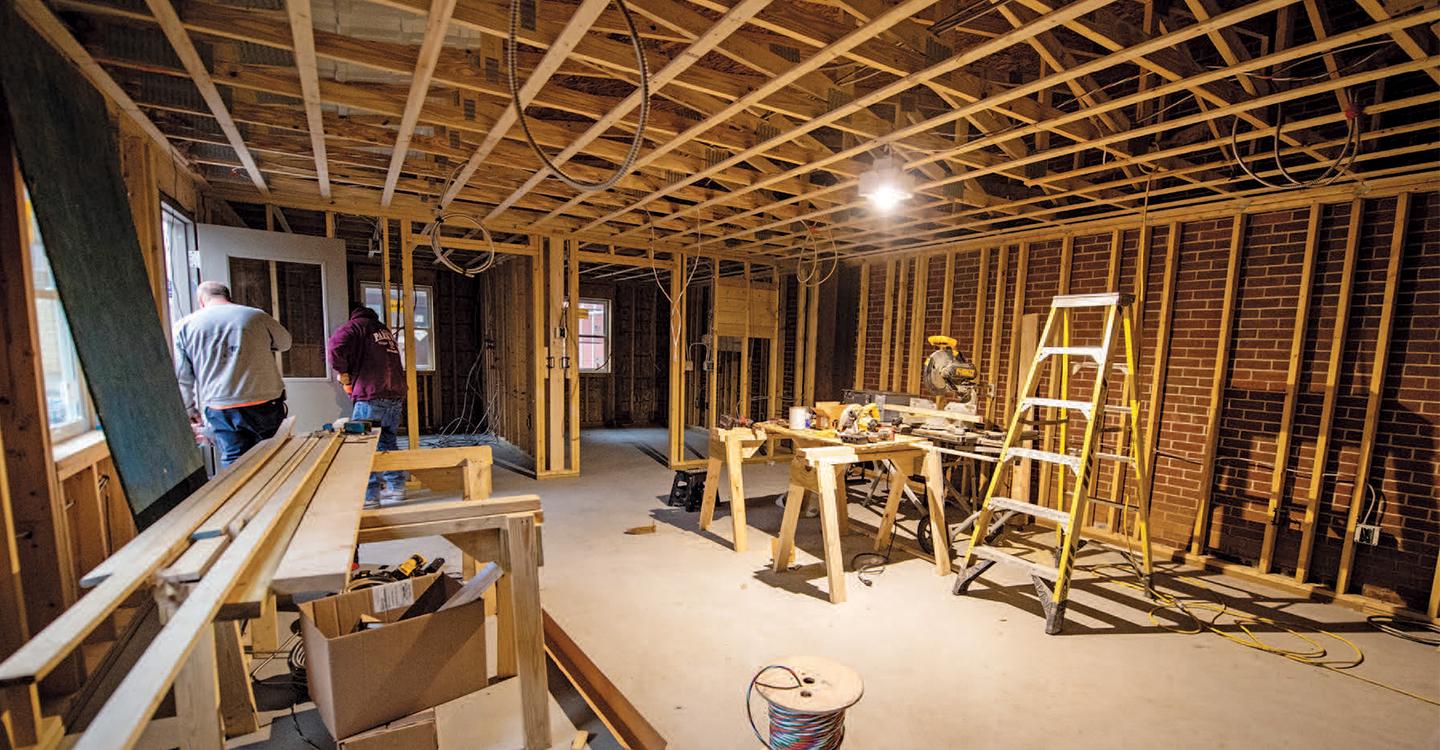 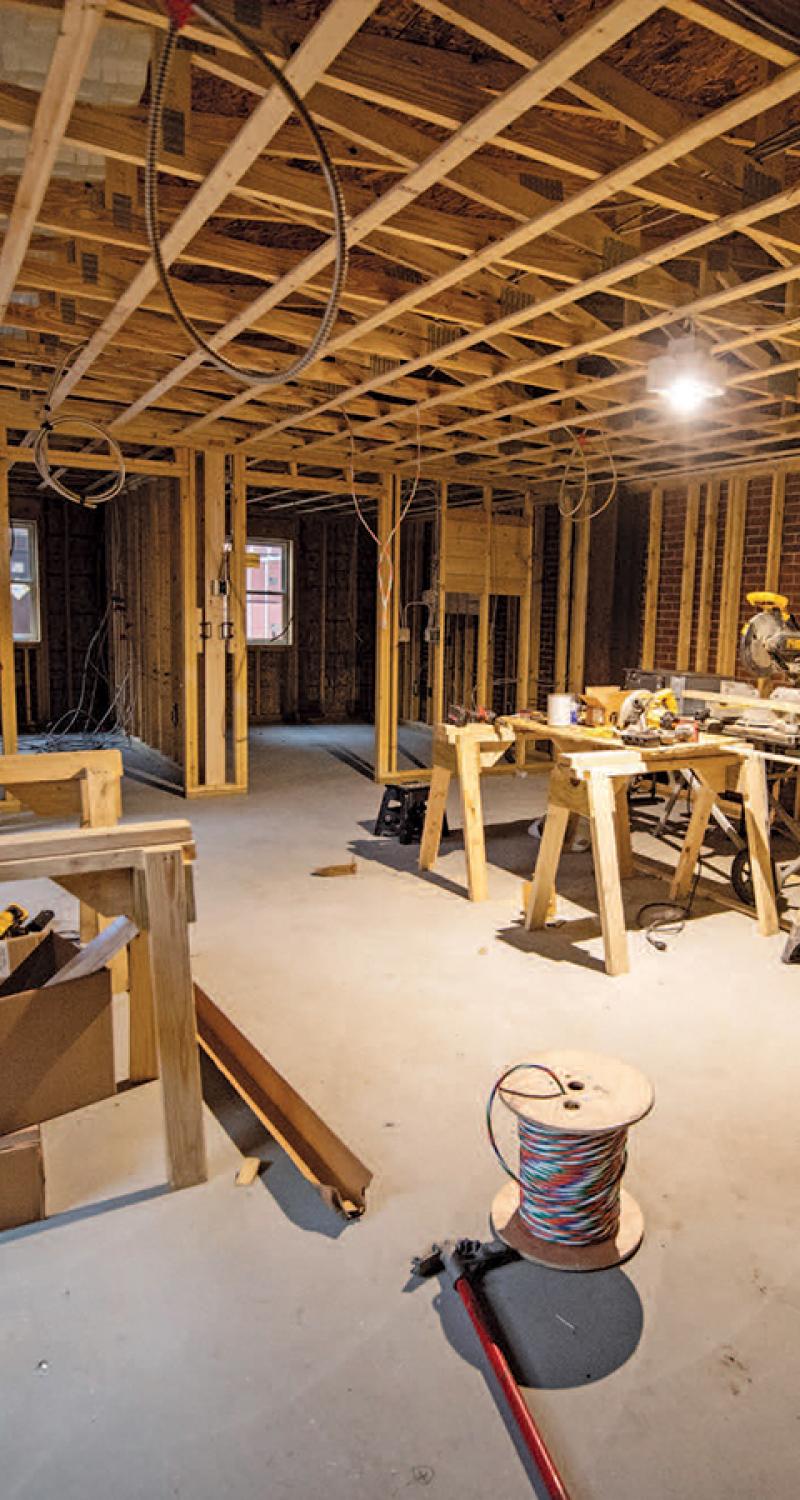 A Team Effort for the Alpine Ski Program

A small group of Laurentians worked together to build a new space for student-athletes on the Alpine Men’s and Women’s Ski Teams.

It started with a conversation and then, well, you could say the whole thing snowballed.

“I was on campus in February for the launch of The Campaign for Every Laurentian,” Tom Saddlemire ’70 says. “Keefe Gorman ’84, P’21 asked if I’d like a tour of the alpine ski team’s facilities. Talking with students, parents, and alumni is always rewarding, so of course I said yes.”

As a University Trustee, chairman of the University Properties Committee, and a skier, Saddlemire saw that the growing ski teams’ needs were also an opportunity.

“We expanded our roster by adding eight student-athletes,” Willi Steinrotter says. He’s head coach of the alpine ski teams. “Our on-campus facility had to offer more ‘off-the-hill’ training. That means spaces and workout machines specifically for skiers. It’s also important to help these athletes recover from ‘on-the-hill’ practice and competitions. Then, there was the need for ski-tuning equipment and storage for each athlete’s gear.”

With input from coaches, athletes, and lots of other stakeholders, a plan quickly took shape. It called for building a new space attached to Leithead Fieldhouse.

Drawing on his corporate experience— including more than 13 years as Vice President and Chief Financial Officer at General Electric Energy—Saddlemire also wanted to see a strong return from investing in this project.

“That return on investment quickly became clear,” he says. “This project can help student-athletes prepare for a successful future.”

Saddlemire’s perspective on this is shaped by his own experience.

“My time as a St. Lawrence student set me up to embrace the extremes and the beauty of winter,” he says. “The University builds on its culture and its location to do even more for students now. Like all collegiate athletes, our skiers must be disciplined to progress in their sport and their academics. Each skier’s day presents demanding schedule and logistics challenges. By improving the facilities, we’re giving our athletes the tools to meet these challenges more effectively. That reinforces the athlete’s abilities and aspirations to excel. As we know, these often result in meaningful achievements— in our personal and professional lives. That’s the return on investment and it’s why we do what we do for St. Lawrence.”

~Keefe ‘84 and Susan Gorman P’21 and other alpine ski team alumni networked to expand the group of donors who also contributed to the project.~

This project, now called the Saddlemire Ski Suite, is supported entirely by funds from Laurentian donors. Saddlemire and his wife Connie ’70 made the lead gift that helped begin construction this summer. Keefe Gorman, his wife Susan P’21, and other alpine ski team alumni networked to expand the group of donors who also contributed to the project. They were joined by family, friends, and former teammates of Greg Needell ’87.

“From Greg’s time at St. Lawrence to the day he passed away in 2016,” Coach Steinrotter says, “he was a strong supporter of this program. As an undergrad, he was a student-athlete, a great alpine ski teammate, and leader. After graduating, he rose to head coach of the Mammoth Mountain ski team in California and then Men’s World Cup Coach. Greg sent a number of student-athletes to be members of our ski team. And he helped me transition to coaching this team. We’ve named the Greg Needell Room in his honor.”

“This new facility is helping the University and our program draw attention,” he says. “We’re increasingly talking with more competitive student-athletes and the new ski suite is part of our effort to recruit them.”

The alpine ski team is also building on its history of achievements in another way: St. Lawrence was recently awarded the bid to host the 2023 NCAA Skiing Championships in Lake Placid.

Every Laurentian can help this team sharpen its competitive edge and continue to carve out success for our student-athletes.

To learn more about the St. Lawrence Alpine Ski Team and how your support can make a meaningful impact, please contact Andy Whittier ’91, P’24, principal gifts oﬃcer and director of Athletic Development, at awhittier@stlawu.edu or 315-229-5511.