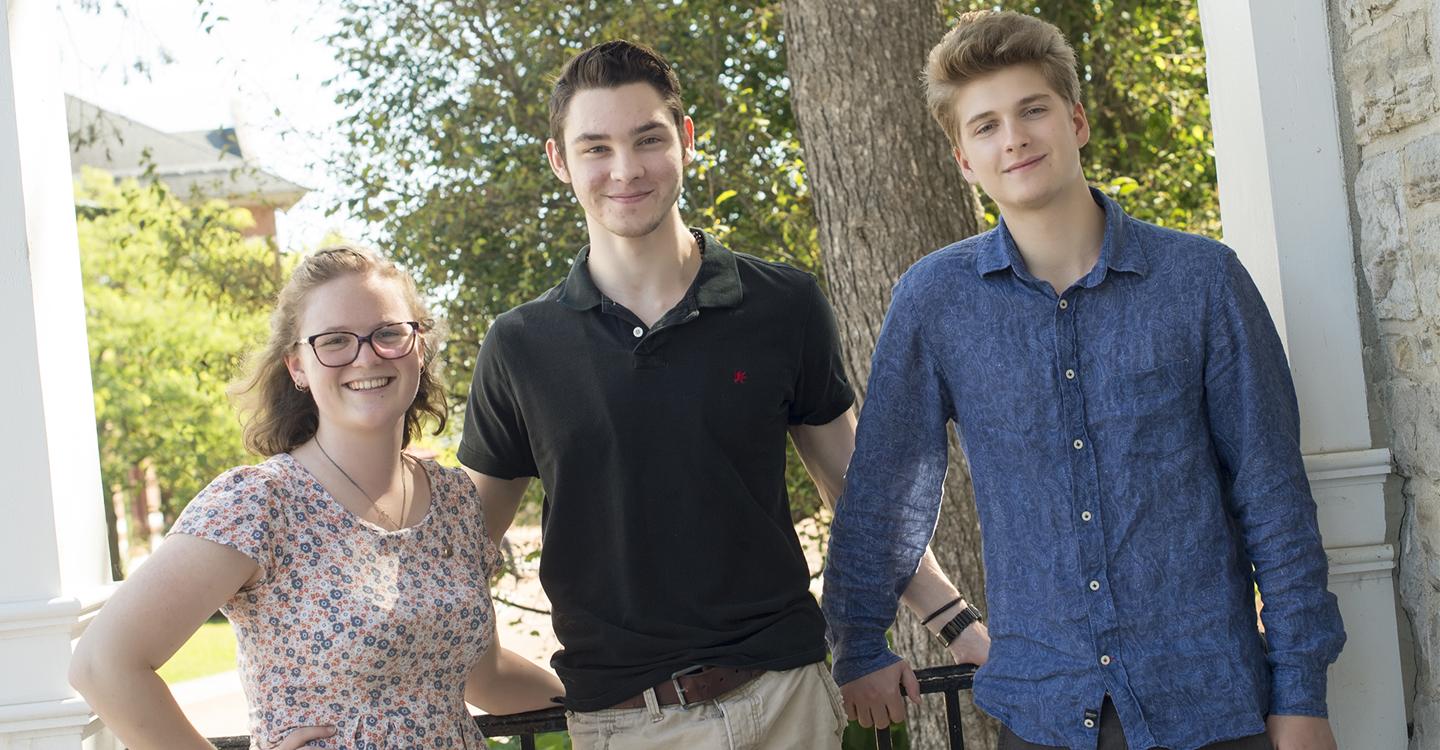 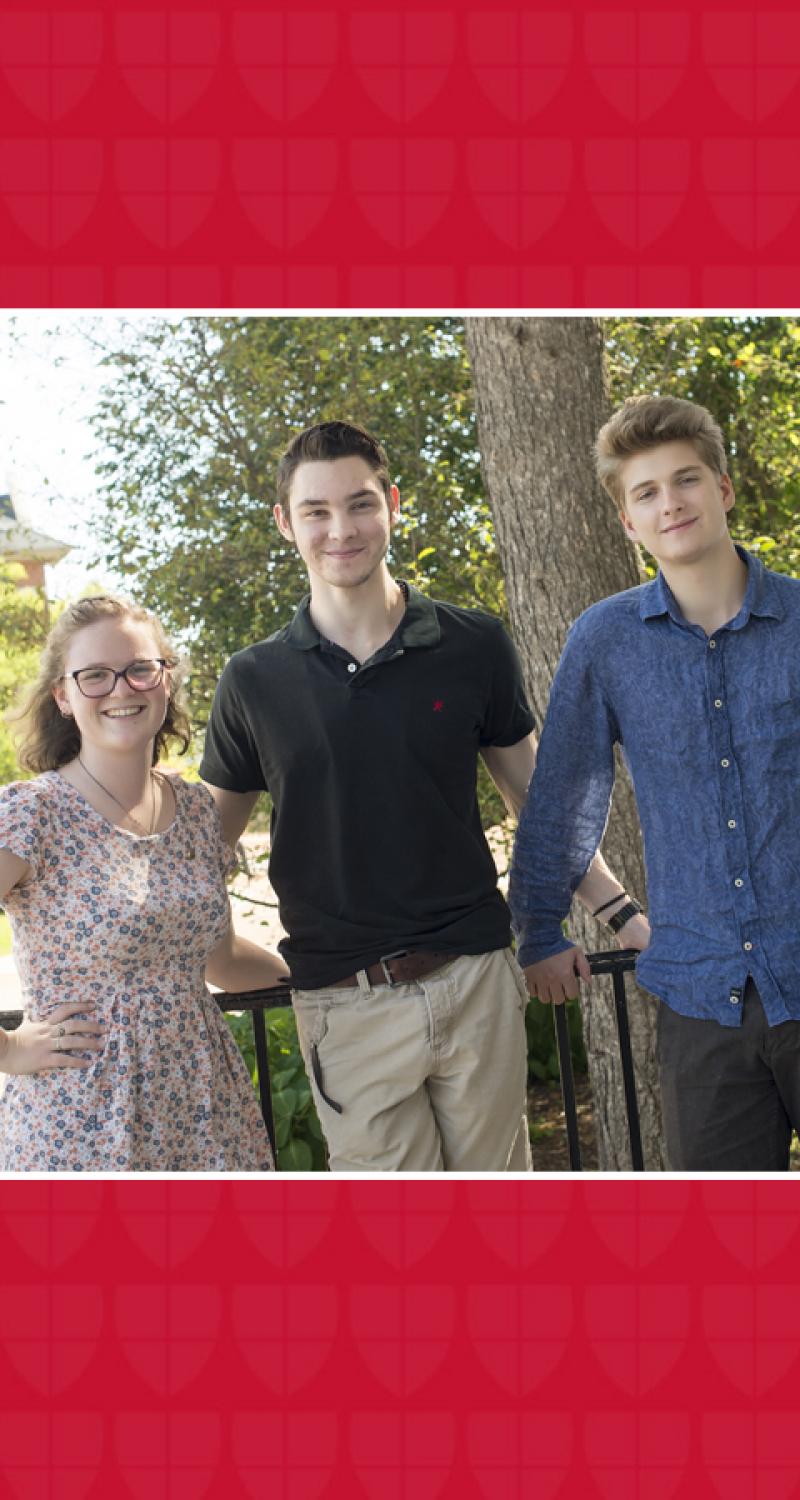 St. Lawrence University, while home to an incredibly diverse range of students, is represented by an equally diverse number of countries its students visit across the world. There are many ways this is made possible; through study abroad programs, fellowships, summer internships, and the like. While semester-long programs are a unique chance to experience different cultures, St. Lawrence also offers summer internship programs – such as its China internship program – that allow for a unique submersion through living and working in another country.

Eliza Koso ’18 is one such student that had this summer experience. A multi-field major and education studies minor from Lexington, Massachusetts, Eliza knew she wanted to study abroad in China before she even came to St. Lawrence. In fact, the China program was a deciding factor in her decision to enroll.

Through a Tanner Fellowship award, Eliza was able to spend last summer developing a liberal arts curriculum at Youwei Library in Sanmen, China, just south of Shanghai. Eliza worked and reworked the curriculum, which targeted kids ages 5 to 7, and often taught a couple times a week herself. Having studied abroad in China before in high school and having taken some language classes, she said “I was able to at least roughly understand the local accent.”

Eliza was housed with a family for the four weeks, living with a married couple and their two young children. “Eventually they got a nanny to help the baby develop a sleep schedule,” she said, less than enthusiastically, “which was great because the baby wasn’t sleeping.”

Even though she stayed in a location that made it difficult to get around without a car, Eliza said the experience was fulfilling. She already enjoys working with kids and is interested in going to graduate school for education. As such, she fondly recalled an interaction she had with a young child one day.

“This little kid walked up to me once with an English/Chinese book on trucks, and would be like, ‘what’s this one?’ at every truck,” she recalled. “That kind of stuff was great.”

Eliza said it’s not necessary to know the language in order to pursue an opportunity abroad in China. Whether for the summer or for an entire semester, she encouraged “Go abroad, especially somewhere not in Europe. Everyone at one point in their life should go to a culture significantly different than their own. Get out of your bubble and see the world.”

Ethan Serjak ’18 – a global studies and economics double major from North Easton, Massachusetts – charted his own experiences in China last summer. He has long aspired to be a professional electronic musician and surprisingly met while in China another electronic musician from Texas who was also spending time there.

“It was an unexpected music connection,” he said. “You never know what’s going to happen until you put yourself out there and try the unexpected.”

Ethan recalled finding himself more than once in uncomfortable cultural situations, such as the time he took the wrong bus and wound up in an unfamiliar city. “Even though I knew I was safe, it was a difficult situation. You have to be ready to be uncomfortable.”

Despite the challenges of being in a culture that is completely different than his own and in a country where he couldn’t even begin to understand the language – spoken or written – he looked back fondly on his ability to overcome adversity. “Students will definitely learn and grown on this experience,” he said. “If you can handle that, you can probably handle just about anything.”

If Dylan Butts ’19 learned one thing going abroad last summer to China, it was that, “You can go anywhere and be okay.”

The economics major from Morristown, New Jersey, visited Kenya the previous summer and said it was less of a culture shock to him than spending these several weeks in China. He first went to Taiwan to teach English and also received an Internship Fellowship award to intern at a nonprofit communication school in Hangzhou, where he often travel around on his own. At first the language barrier was difficult to overcome, but he eventually learned to get to where he wanted to go – and back.

“Being able to communicate with people in another language or just by using non-verbal clues became very rewarding,” Dylan said. “It matured me in a lot of ways.”