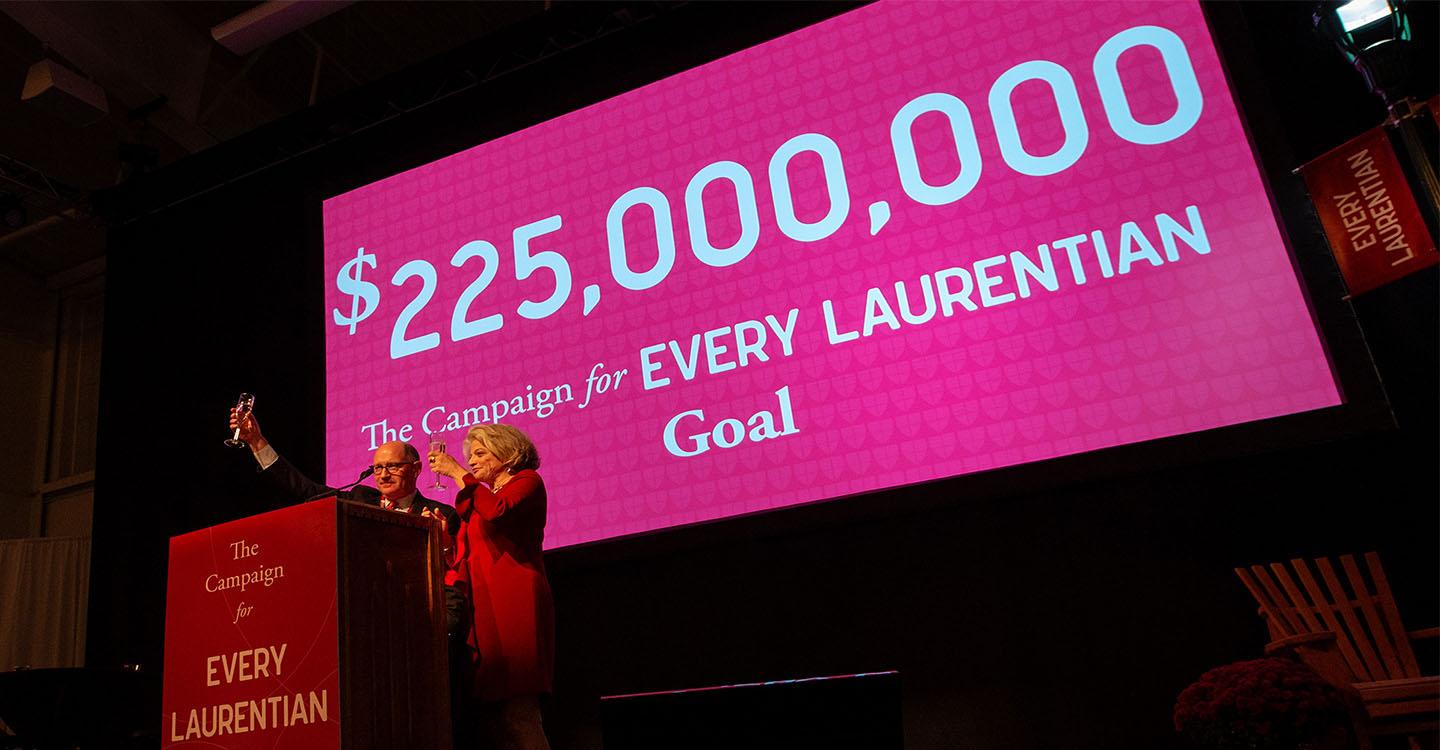 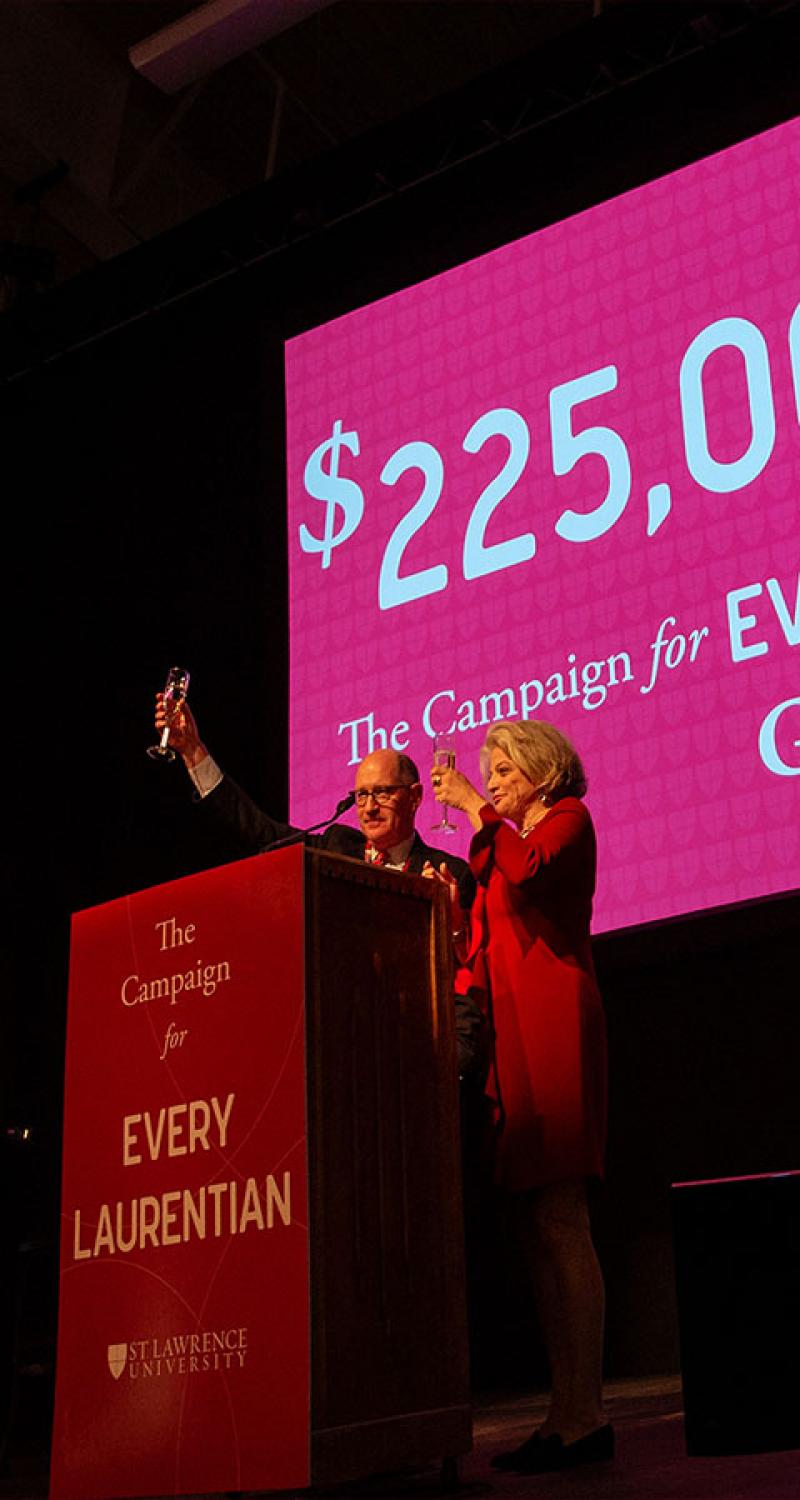 St. Lawrence University publicly launched The Campaign for Every Laurentian with a celebration that took place on campus from Oct. 25 to 27.

More than 350 St. Lawrence alumni, parents, faculty, staff and students joined together over the three-day event to celebrate the kickoff of the University’s comprehensive Campaign, which aims to fundraise toward four main Campaign priorities in addition to soliciting contributions toward St. Lawrence’s Annual Fund. The four pillars include: Endowing Our Future, Learning for the 21st Century, The Power of Connections, and Campus Stewardship.

“We have experienced tremendous and unprecedented leadership support for these ideas,” said St. Lawrence University President William L. Fox. “These big ideas and priorities are a blueprint that enhances a strong foundation. But, they also provide us room to innovate and deliver a 21st-century liberal arts experience and ensure that St. Lawrence will continue to be one of the finest and most sought-after universities in the country.”

View a photo gallery from the launch weekend

To date, St. Lawrence University has received more than $140 million in gifts toward its $225 million goal, which its Board of Trustees approved on Thursday, Oct. 25. Those gifts include the largest donation in St. Lawrence history from Sarah E. Johnson ’82, P’15 and her parents, Charles and Ann, an unrestricted gift of $25 million. In addition, a $10 million gift from Trustee Michael W. Ranger ’80, P’17 and Virginia R. Ranger P’17 created a scholarship and a professorship, and it allowed the University’s original Herring Library to be renovated. Tom Dolan ’74, Dolan Family Foundation’s $10 million gift will renovate Appleton Arena, home to the Skating Saints’ NCAA Division I men’s and women’s ice hockey teams and several NCAA Division III athletic teams.

“With the addition of two other anonymous leadership gifts of $15 million and $10 million, these Laurentians have transformed our campus and the St. Lawrence student experience for the better,” Fox said.

According to Campaign Co-Chairs and St. Lawrence Trustees Sarah E. Johnson ’82 , P’15 and Michael W. Ranger ’80, P’17, St. Lawrence University played a paramount role in their lives, and they both have children who have joined the ranks of the Laurentian community as graduates.

“We believe firmly in the institution, the leadership, and the vision for the future,” the co-chairs wrote in a joint letter to the Laurentian community. “The Campaign for Every Laurentian identifies the connections between the areas that worked and that we valued when we were undergraduates and how St. Lawrence has built on it and made it fit without losing the integrity of the St. Lawrence experience.”

The University has raised more than $50 million in St. Lawrence Fund gifts over the past 10 years. Gifts to the St. Lawrence Fund affect every St. Lawrence student with prompt and straightforward support. Student research, scholarships, and travel are just a few of the areas that those gifts have supported during that time.

For more information about The Campaign for Every Laurentian, contact St. Lawrence University Advancement at 315-229-5503 or visit campaign.stlawu.edu.