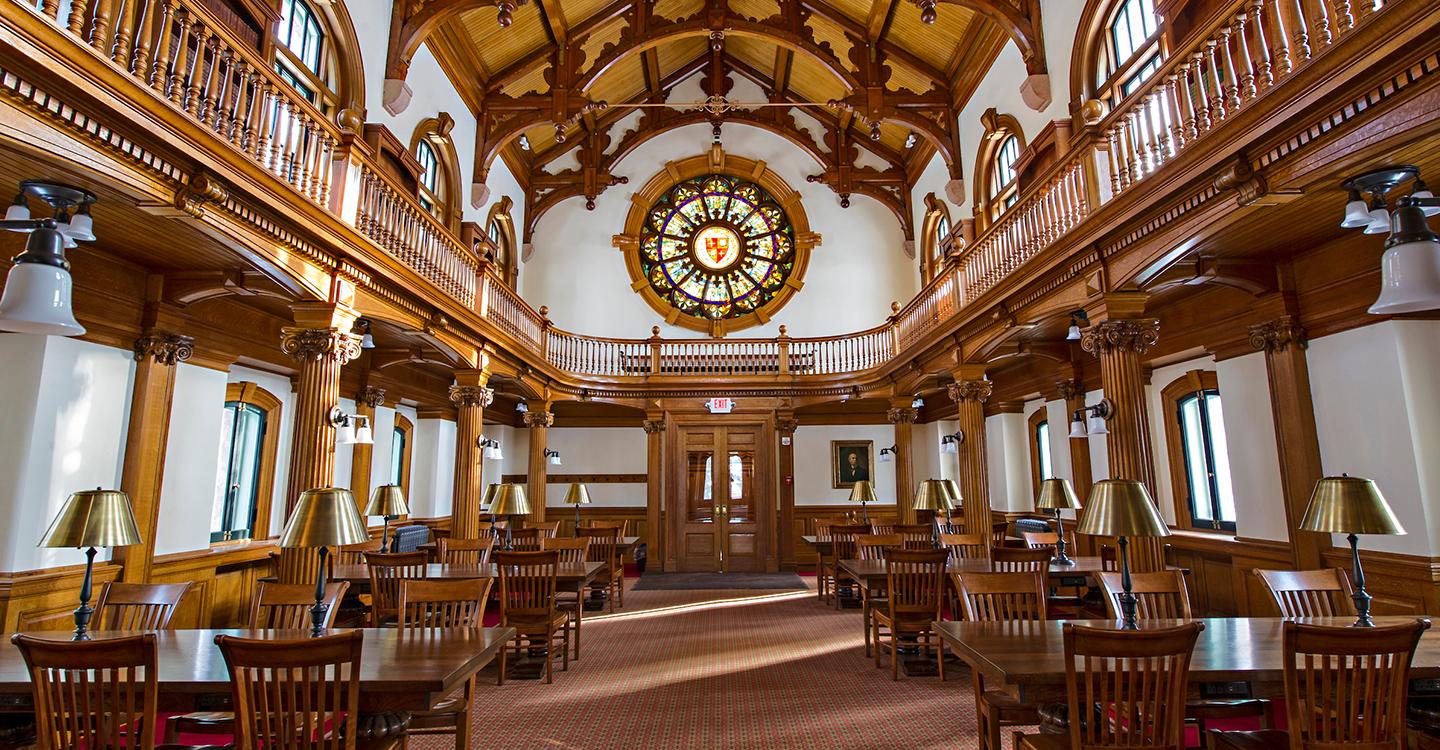 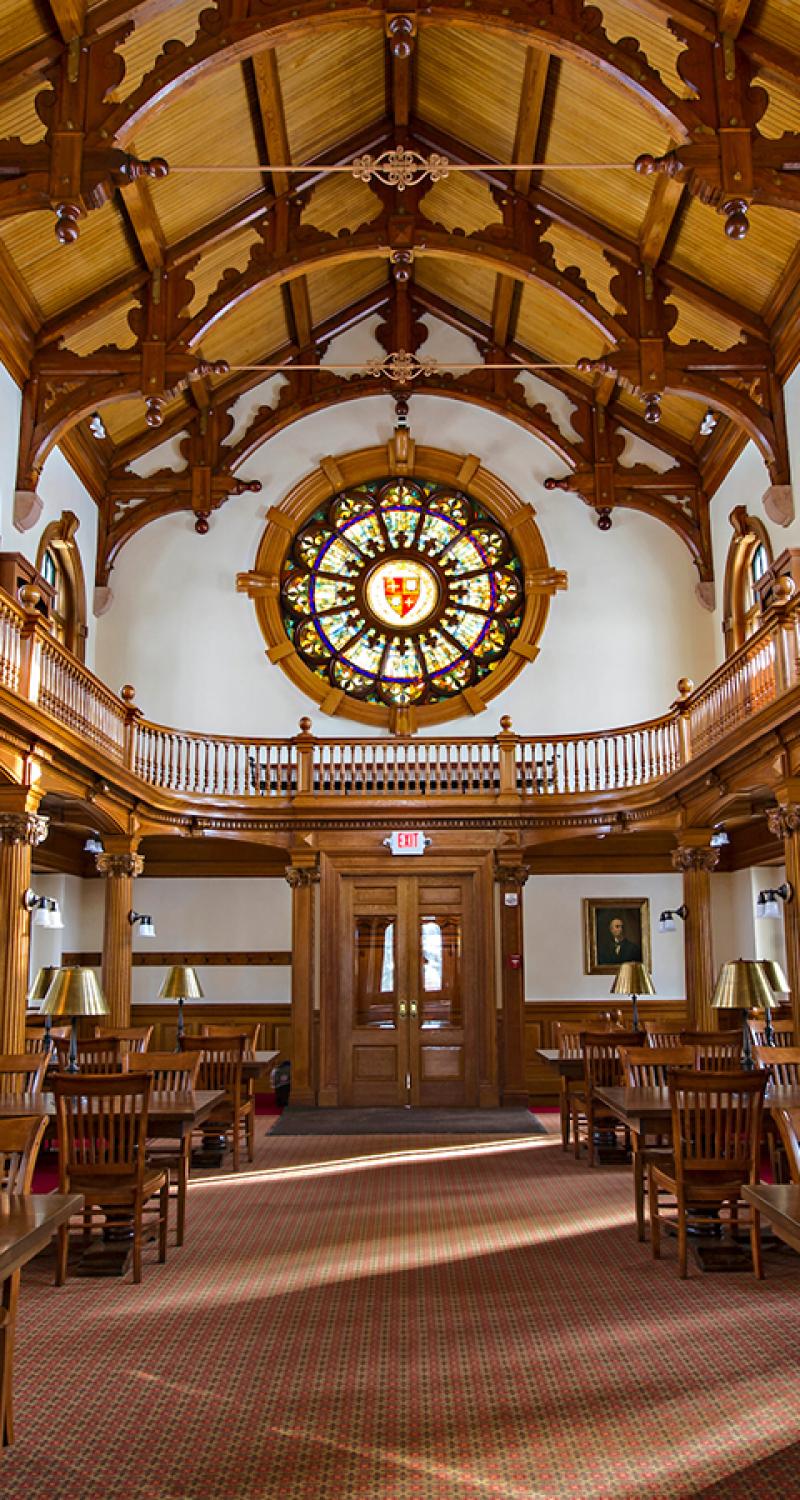 As COVID-19 sends financial shocks through investment markets, Laurentian support and renewed commitment gives the University a sense of stability.

“The competition among universities is often measured by each institution’s endowment.”

That’s Earl A.“Trip” Samson III ’80, P’16. As a St. Lawrence trustee and chair of the Investment Committee, he keeps a close eye on the University’s endowment, its investments, and returns. It’s similar to his professional work at Landmark Management, Inc., the investment-advisor and multi-family firm he founded.

“A university’s endowment,” he says, “is a clear indicator of the depth of its potential programming. In general, the larger the endowment, the more a university can offer its students.”

Some examples include scholarships, internships, fellowships, travel to scientific conferences where students can present their research, and the list goes on.

“Put simply,” Samson adds, “with more endowment funds, St. Lawrence could offer more of these opportunities, and we would rely less on other forms of revenue, like tuition or fees.”

For several years, the University has been working to increase the size of its endowment, which has doubled over the last decade. Samson and others, however, understand that St. Lawrence has more work to do in order to reach an important benchmark.

“I believe the University needs an endowment valued at $1 billion,” Samson says. “This would make St. Lawrence more financially sustainable and allow the institution to focus less on tuition and offer even more student programming and opportunities. We can do it. Other universities that are our size and have a similarly committed alumni base have done it.”

With the endowment currently valued at just over $300 million, Samson acknowledges hitting $1 billion may take another decade or more, but he remains optimistic—partly because the University has already taken some important initial steps.

“Growing the endowment to $1 billion depends on strategic and structural work that St. Lawrence has been doing for some time,” he says. “Planned giving, the financial support bequeathed to the University, will continue to play an important role in reaching this benchmark.”

“In uncertain times,” Steve Hietsch says, “financial commitments from our alumni and other contributors provide certainty.” Hietsch is the University’s vice president of finance and administration and oversees many campus operations.

The term “operations” refers to so much that we care about: the lights and heat in every classroom, art studio, athletic facility, and dorm; the equipment and materials in each lab; the faculty and staff working to make campus its best; and the mission to meet student curiosity with the instruction and tools to learn at the highest level. All of these (and much more) are institutional operations. Taken together, they’re quite costly.

Hietsch says managing the University’s $125 million annual budget and expenses is a balancing act, even in a predictable year. And, the fiscal year from July 2019 to June 2020 has been anything but predictable.

The budgeting picture for St. Lawrence now must account for COVID-19 and its impacts—global and communal—on people and finance. St. Lawrence decided to refund or credit room and board after the spring transition to remote learning. Fundraising saw a drop due to widespread job losses and the downward spiral of investment markets. Nationally, higher education has had to contend with declining enrollments and rising demands for financial assistance.

Now, St. Lawrence is planning to confront a significant drop in revenue, which may force the University to make some difficult choices.

“The past couple years,” Hietsch says, “tuition and student fees have supported over 70 percent of our operating budget. The part of the endowment that we can spend on operations is significant, though it’s a relatively small part of our yearly budget.”

The current endowment is a healthy nest egg, but, due to fiscal policies, including prudent money management by the Board of Trustees, the University can only spend about five percent or $15 million of endowed funds each year. For this reason both Samson and Hietsch say, right now, a blended or “hybrid” approach to giving (part endowed gift, part current spendable gift) is the best way to help the University’s bottom line.

“An unrestricted, expendable donation will help St. Lawrence meet its highest priorities, whatever they may be,” Hietsch says. “Donors should know that these priorities change, especially now. It might be upkeep for one of our heritage buildings one week and the next it’s additional health care and counselors for our students.”

“Pair that contribution with a gift to one of the University’s endowed funds,” Samson says. “Talk with St. Lawrence about a planned gift through your estate.”

While stakeholders on campus work on academic innovations that will generate new revenue sources and savings, Samson and Hietsch agree that a multi-pronged approach to giving is most likely to result in an enduring financial formula for St. Lawrence.

“Getting through this rough patch and emerging stronger will depend on Every Laurentian,” Samson says. “We can certainly do it, if we all work together.

“Throughout the University’s history, we’ve done exactly that,” Samson says. “I believe we always will and that will ensure a bright future for St. Lawrence.”