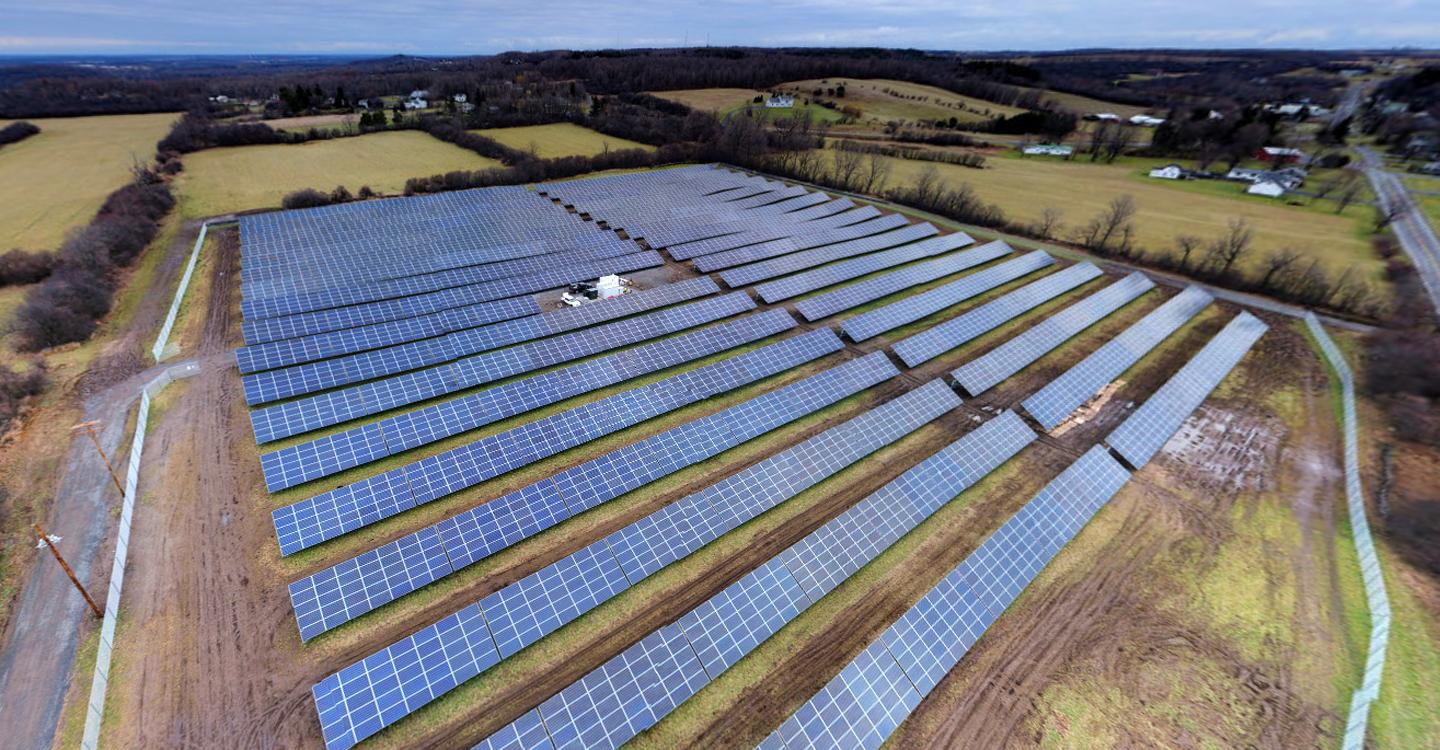 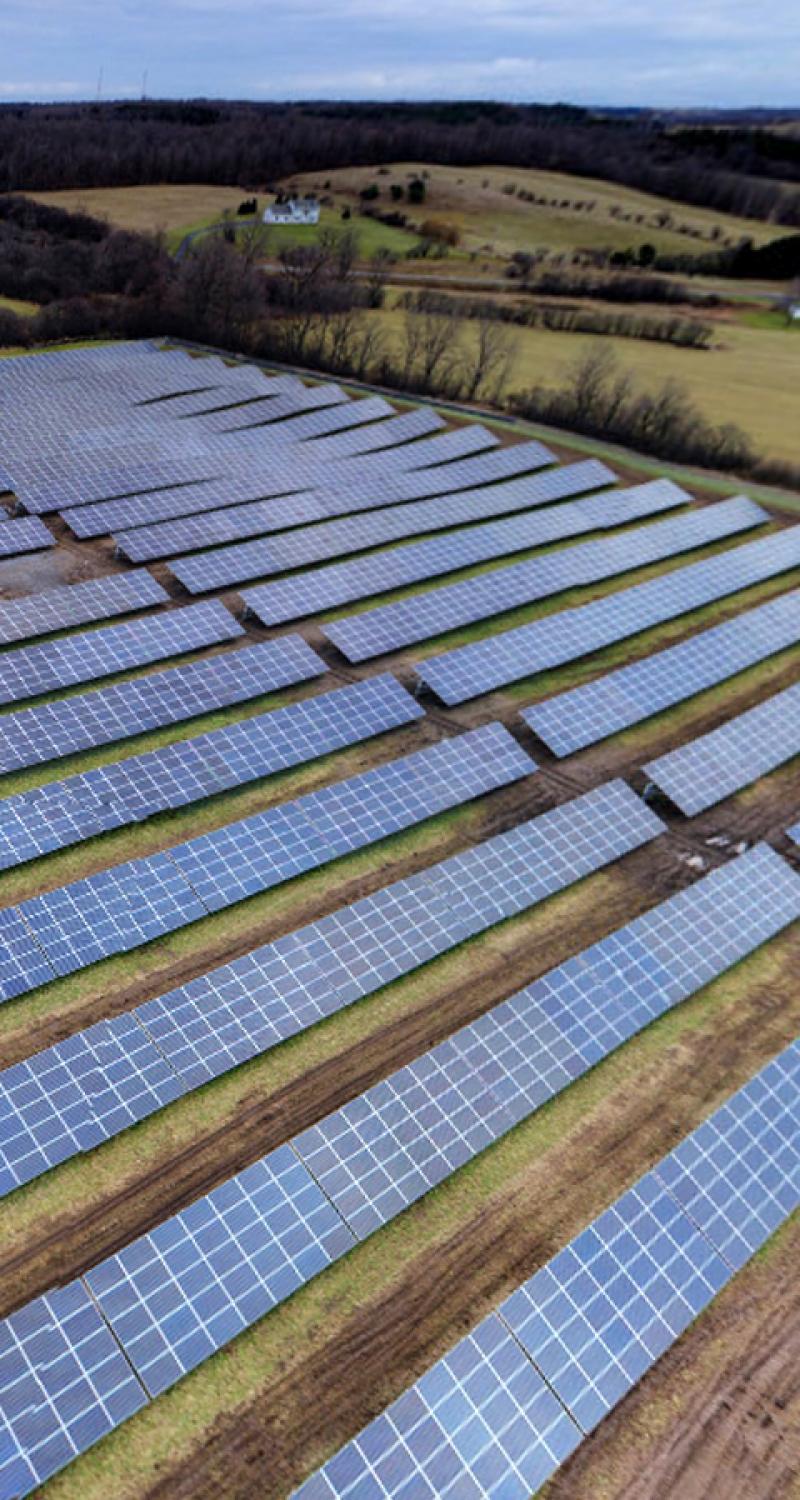 St. Lawrence University has entered into a new long-term solar energy agreement, which will significantly increase the amount of clean energy used to power the campus.

St. Lawrence has partnered with AES Distributed Energy and agreed to a 20 year power-purchase agreement (PPA) for a 2.9 megawatt photovoltaic (PV) solar system located just outside of Watertown, New York. The PV system, which came online July 18, is expected to produce more than 3 million kilowatt hours per year of clean and renewable energy for the next 20 years.

The University’s purchase of solar power from the 8,600 PV panels equals 18 percent of the University’s total annual electricity consumption. As a result, the solar array project reduces St. Lawrence’s carbon emissions by 15 percent and will avoid more than 2,200 metric tons of carbon dioxide equivalents each year – the equivalent of removing more than 470 cars from the road.

“This partnership enables us to address a portion of St. Lawrence’s campus carbon emissions and allows us to collaboratively demonstrate the technical and economic feasibility of commercial solar projects in the North County,” says Ryan Kmetz, assistant director of sustainability and energy management.

The solar project bolsters the University’s Climate Action Plan, which calls for the University to achieve carbon-neutral operations by the year 2040.

The solar power complements St. Lawrence’s existing 20-year hydroelectric PPA with Gravity Renewables for the Kings Falls hydro dam located in Lewis County, New York. While the dam and its power generation unit were damaged during Hurricane Irene in 2011, the agreement with St. Lawrence allowed for the refurbishment and repair of the dam, making it operational again in summer 2016. The Kings Falls facility produces approximately 1.5 million kilowatt hours of hydroelectricity each year for the University.

“AES and Gravity are terrific partners,” said Dan Seaman, chief facilities officer for St. Lawrence, “and their production facility designs are expected to provide a steady, reliable source of clean electrical power for many years to come.”

The two projects combined will annually reduce approximately 3,350 metric tons of carbon dioxide equivalent emissions each year. Meanwhile, the University is expected to realize a savings of $1.5 million in energy costs over the next 20 years.