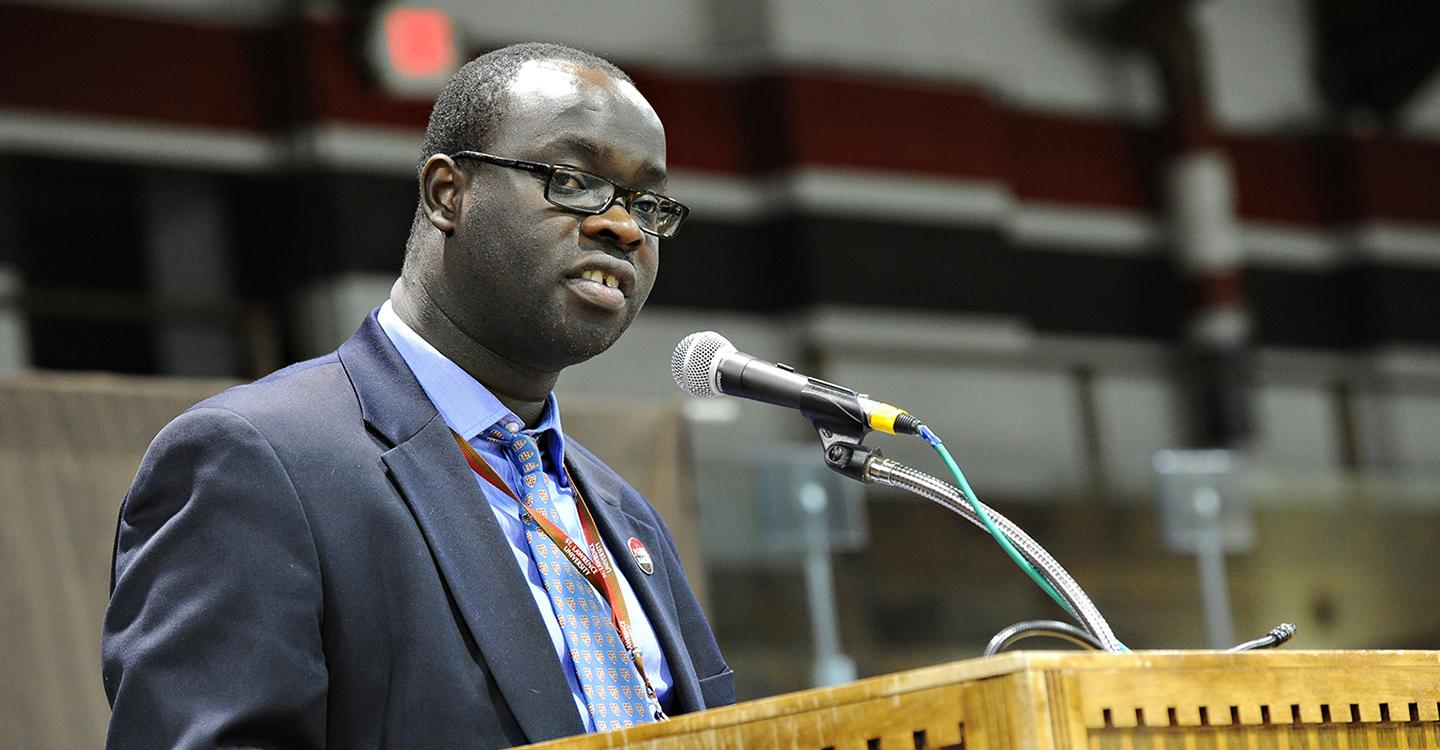 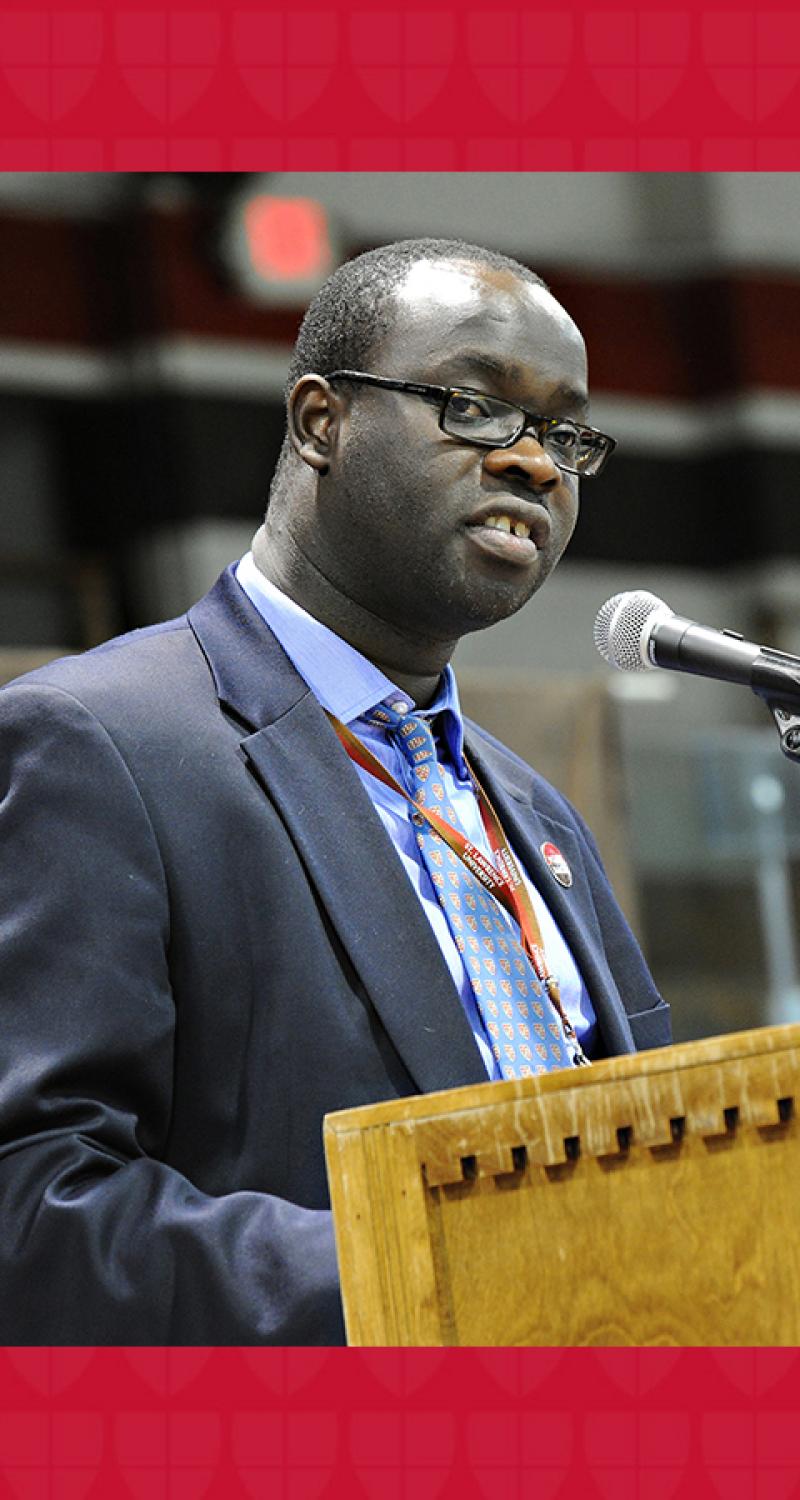 An anonymous donor has established The Honorable Kenneth Okoth ’01 Endowed Scholarship to honor the legacy of a dear friend and a great Laurentian.

The $250,000 gift will support the University’s commitment to providing scholarship aid to two deserving Kenyan students. The donor’s intention is to help fund one or both of the Kenya Scholarship Program recipients.

Okoth had a tremendous and long-lasting impact on the St. Lawrence University community. He was an elected member of the Kenyan Parliament and served on the St. Lawrence University Board of Trustees as a McCurdy-Sprague Trustee. He was widely recognized as a visionary leader of his community and country. His network of friends, mentees, and colleagues extended worldwide, and he continued to advocate for his constituents and fellow Kenyans until his final days. He died on July 26, 2019, after a courageous battle with cancer.

Okoth grew up in the Nairobi neighborhood of Kibera, Kenya’s largest informal settlement. From his modest roots, he earned admission to the prestigious Starehe Boys Cetre and School in Nairobi. As a result of his achievements and tenacity, he received a scholarship to attend St. Lawrence University, majoring in German and minoring in European Studies and English writing. He was a member of Phi Beta Kappa and Omicron Delta Kappa. He served on Thelmo, was a staff writer for The Hill News, studied abroad in Denmark, and sang with the Laurentian Singers and the Singing Saints.

Although Okoth received numerous awards and was widely recognized by his constituents as a selfless leader and champion of human rights, his greatest passion was the promotion of education for underserved populations, particularly for girls in his home country. He was a leading supporter of the Red Rose School and Children of Kibera Foundation and traveled widely in promoting organizations, fundraising, and encouraging others to get involved as volunteers and sponsors. He was awarded the University’s Sol Feinstone Humanitarian Award in 2014.

For over 30 years, annual scholarships have been awarded to Kenyan students from impoverished backgrounds. It was one of these scholarships that brought Okoth to St. Lawrence. Since the Campaign for Every Laurentian began in July 2015, St. Lawrence has raised more than $23 million for student scholarships. Increasing the giving that strengthens our endowed and current-use scholarships is an important goal of the Campaign, the biggest fundraising initiative in more than 160 years of St. Lawrence.

For more information on how to contribute to The Honorable Kenneth Okoth ’01 Endowed Scholarship, please contact Kim Hissong ’94, associate vice president for University Advancement, at khissong@stlawu.edu or 315-229-5837.