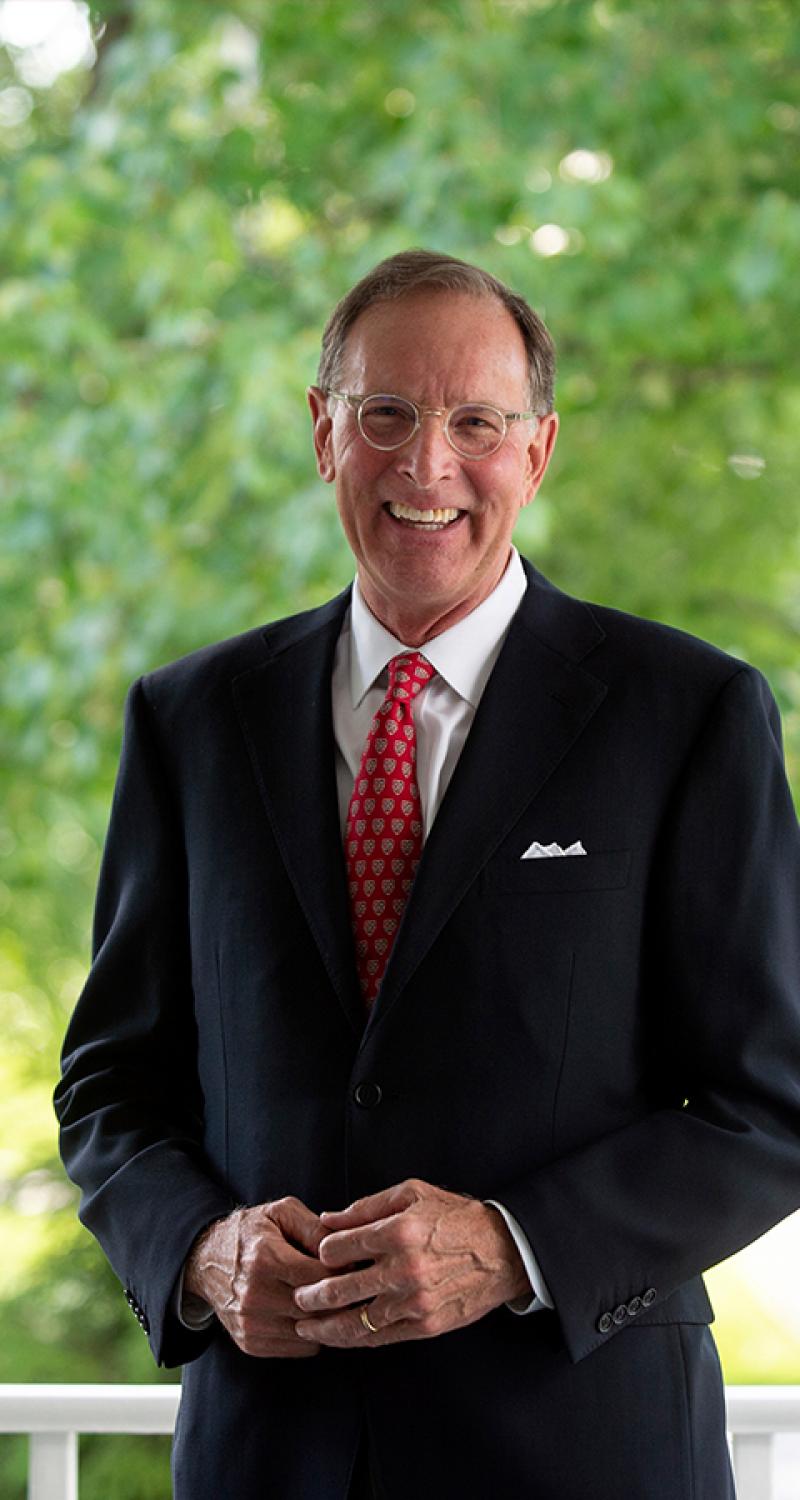 The St. Lawrence University community will honor President William L. Fox ’75 and his commitment to every student’s success by naming the current Center for Student Achievement the Fox Center for Academic Opportunity.

“President Fox has given everything to St. Lawrence and our students,” said Michael Ranger ’80, P’17, chair of the University’s Board of Trustees. “Now, his name will be forever linked to a space in the heart of campus where students uncover their limitless potential thanks to mentors who put each student’s needs at the center of everything they do.”

The Fox Center for Academic Opportunity, located in the recently renovated Madill Hall, is an inviting, technologically advanced space located between the Sullivan Student Center and the Johnson Hall of Science. Various academic advising and support offices are located alongside one another, as well as testing and study rooms and several collaborative spaces, which has created a support ‘hub’ in a central location that makes it easier for students to stop in and take advantage of its countless resources. The renovations were made possible thanks to gifts as part of The Campaign for Every Laurentian.

“In the three years I have known President Fox, I have watched with awe in his steadfast commitment to providing the best possible student experience at St. Lawrence,” said Thelomathesian Society President Molly Thompson ’22. “The Fox Center for Academic Opportunity will continue President Fox's legacy of ensuring all students of different backgrounds, abilities, and academic interests have the individualized resources they need to succeed."

Laurentians are able to honor President Fox by supporting the University’s efforts to raise funds for the important programs that operate within the Center, which reflect Fox’s passion and vision for St. Lawrence students. This fundraising effort celebrating Fox’s legacy will be a major component of the Laurentian giving challenge being held in April 2021. Those wishing to make a gift in honor of Fox can do so now and have them counted as part of the spring challenge. While gifts toward the challenge will be used to impact students immediately, the University is also establishing an endowed fund for this project that will forever honor President Fox’s legacy at St. Lawrence. Laurentians interested in supporting the endowment portion of this project can email campaign@stlawu.edu.

Fox, who was appointed president in 2009 and will retire from St. Lawrence on June 30, 2021, is known throughout the Laurentian community and beyond for his forward-thinking approach to how St. Lawrence provides a liberal arts education that opens doors and possibilities. Throughout his presidency, he has put current and future St. Lawrence community members at the center of his work to ensure programs, buildings, and spaces would exceed their needs.

Read more about President Fox and the impact he has had on St. Lawrence.