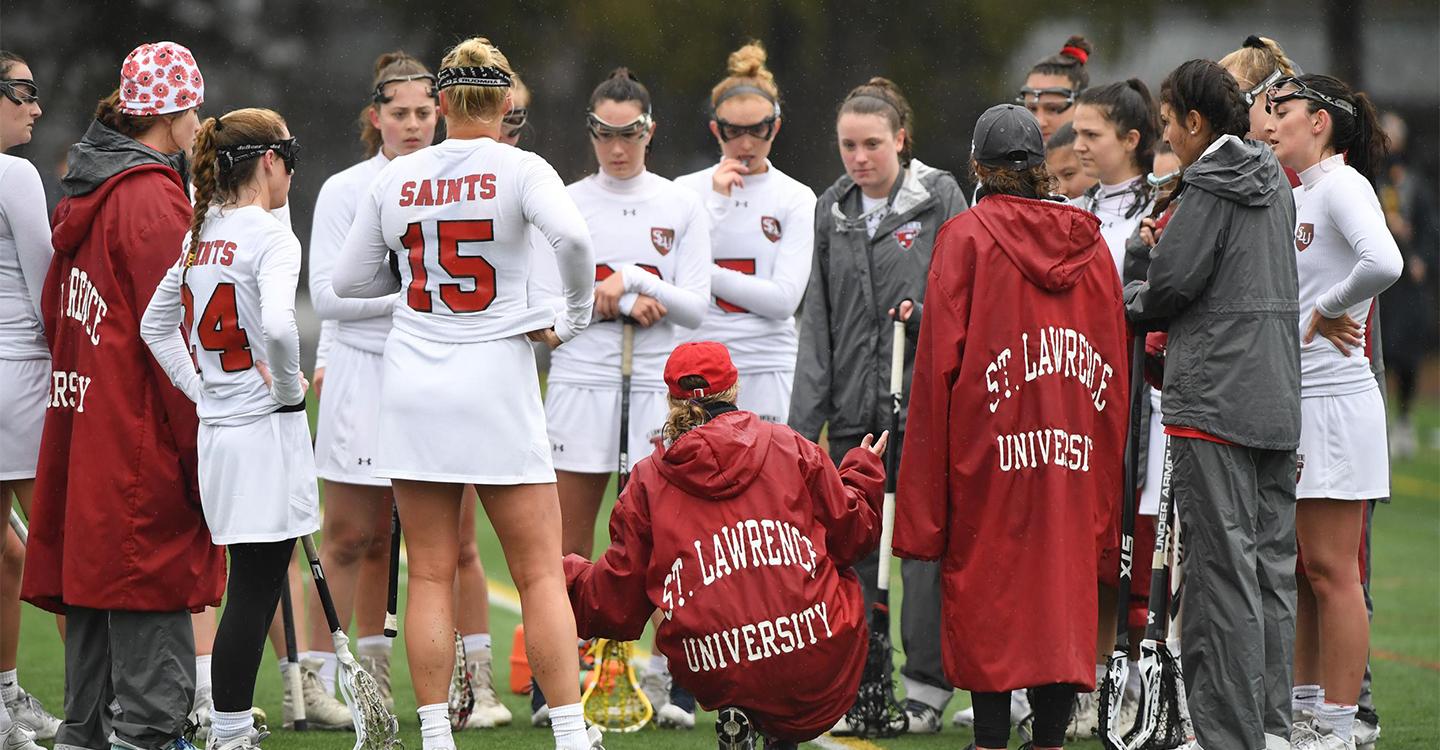 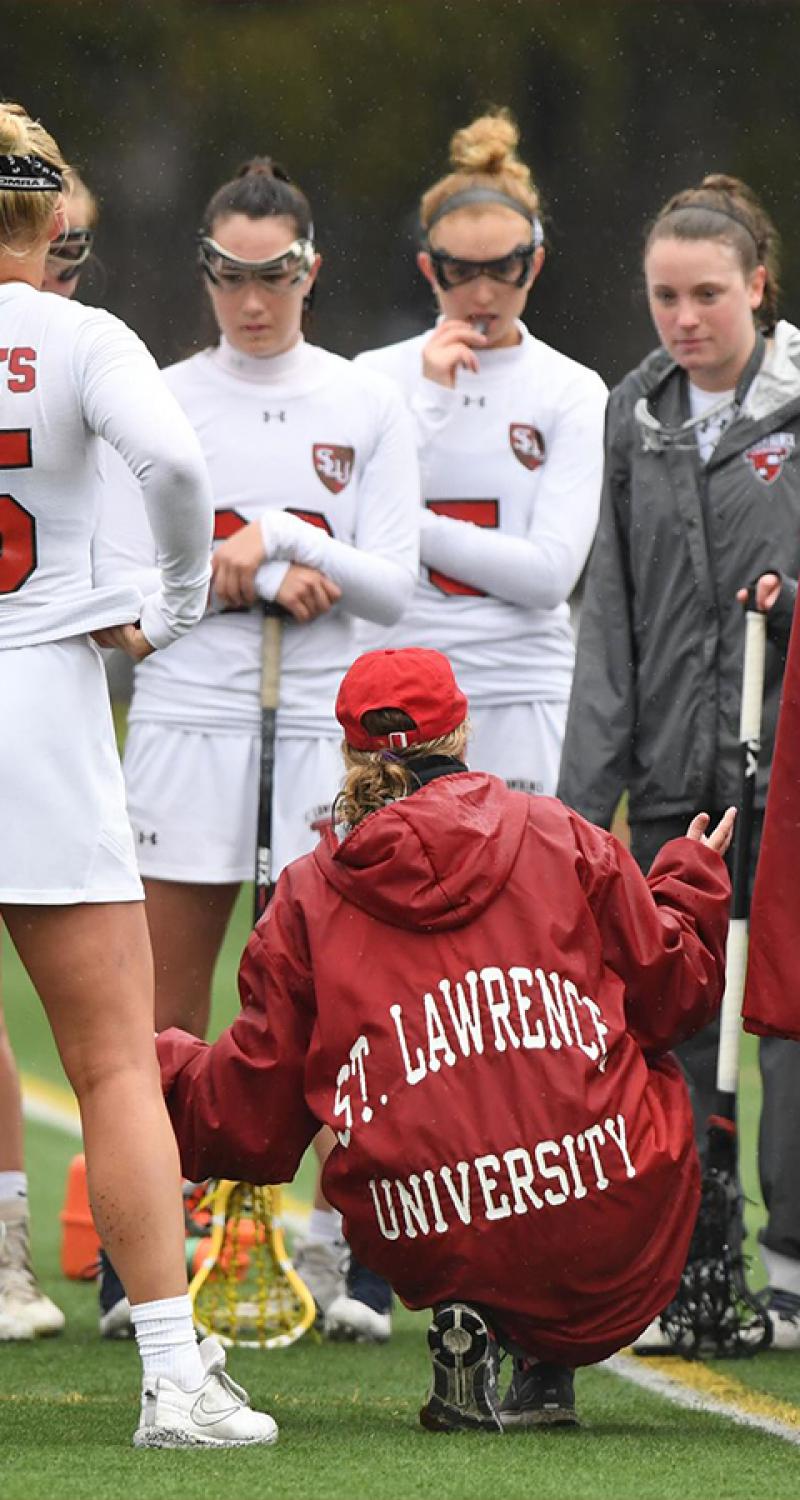 Hannah Corkery ’11 has brought a coaching philosophy back to St. Lawrence she learned as a player from her coach and mentor.

Hannah Corkery ’11 became the fifth head coach in St. Lawrence women’s lacrosse history in July 2017, and began her second full season at the helm with the 2019 season opener vs. SUNY Oswego.

Corkery returned to St. Lawrence after a six-year coaching stint at Castleton University, including four seasons as the head coach. She earned North Atlantic Conference Coach of the Year honors in 2016 and led her team to the NAC Championship Title and an NCAA tournament berth in all four of her years as the head coach.

“I didn’t know I wanted to come back, until the opportunity presented itself,” says Corkery. “I had such a great student-athlete experience at St. Lawrence and I felt like I could help enhance other students’ experiences.”

While at St. Lawrence, Corkery played for Dr. Jodi Canfield ’91, who coached the Scarlet and Brown for 14 seasons.

“One of the biggest things that I learned from Jodi is that you don’t coach the sport, you coach the person,” says Corkery. “Obviously, there are systems and other factors, but you’re here for the students. It can be so easy to get distracted by wins and losses and your own personal goals, and those are important, of course, because that keeps the engine running, but if you’re not buying into the student, it’s not going to work.”

That coaching philosophy came in handy last fall when Corkery spent two months as the interim men’s and women’s squash coach, after the departure of Head Squash Coach Chris Abplanalp, who left the position in October for another coaching job.

“I was honestly really happy to step in and help. The players were so kind and so welcoming,” says Corkery, who had played on the women’s squash team for two seasons at St. Lawrence. “I want to be surrounded by people that I would love to invite to a family dinner, but also people who buy into, not just me or the program, but St. Lawrence as a whole.”

Corkery wants St. Lawrence to be one of the top teams in Division III and receive national recognition on multiple levels. But she also wants her players to be known for their campus leadership and success and hard work in the classroom.

“There is something so unique about the students that come to St. Lawrence,” says Corkery. “We attract so many different kinds of kids from different locations, different socioeconomic backgrounds, and with different interests. The fact that they all have the same umbrella identity that comes with being at St. Lawrence is really cool and I don’t believe that you can find that everywhere.”

Keep up with all the action of the women's lacrosse team at St. Lawrence.