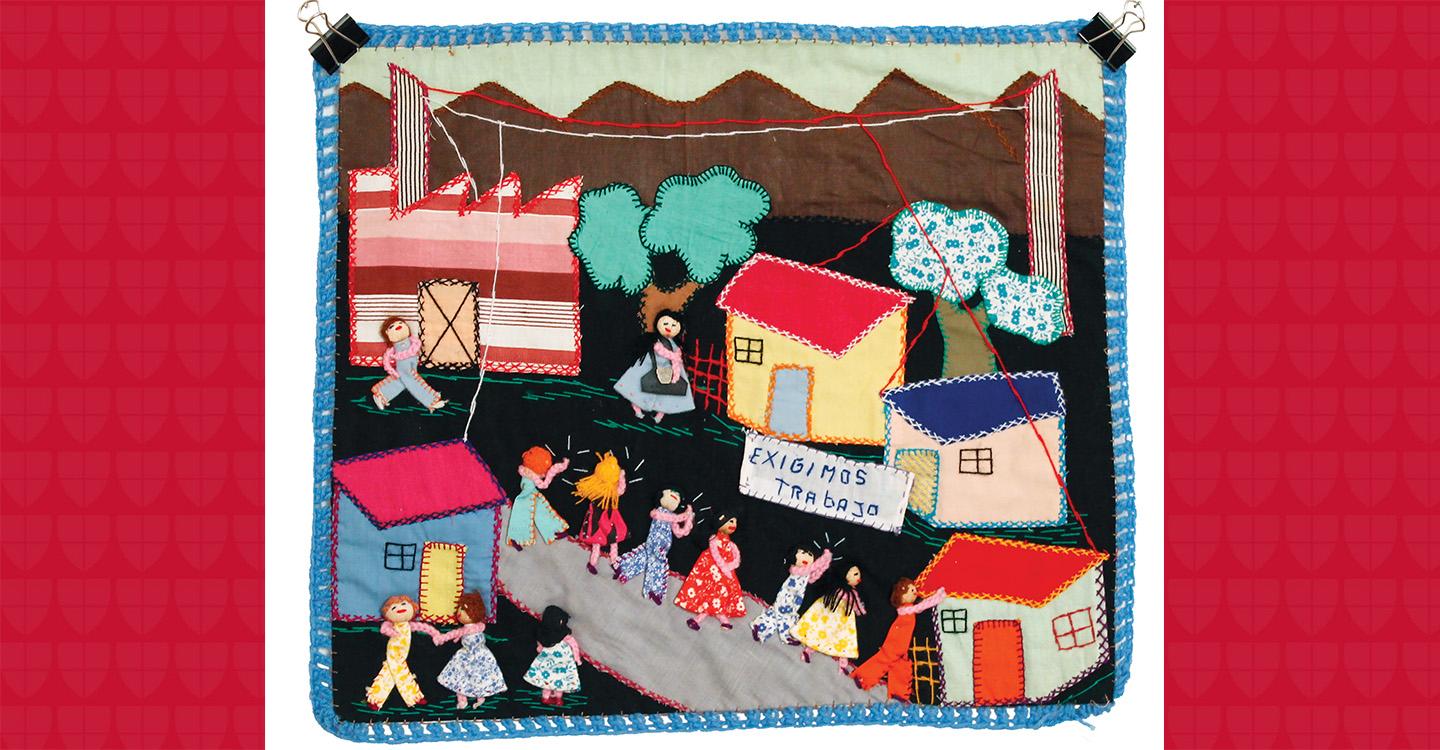 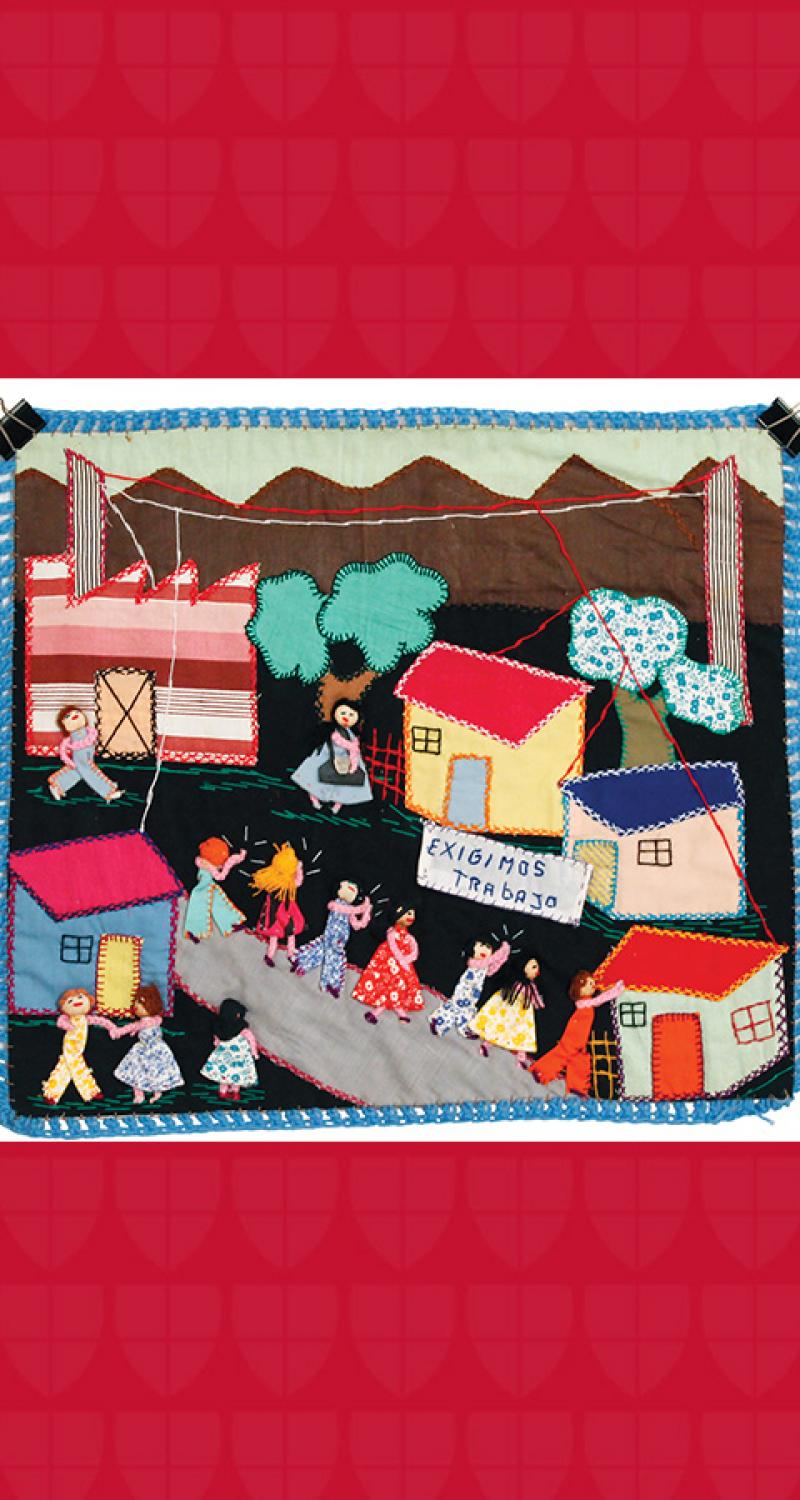 A Patchwork of Chilean History in ‘Arpilleras’

Following a military coup led by General Augusto Pinochet in 1973 that overthrew Chile’s democratically elected socialist government, Chilean women began to sew patchwork tapestries called arpilleras. The brightly colored pictures were made from scraps of household cloth, including the clothing of abducted and missing relatives. These works of art depicted the hardship, repression, survival skills, and daily struggles of Chileans after the coup and became one of the earliest expressions of political protest against the brutal dictatorship that ruled Chile from 1973 until 1990.

With support from a Center for International and Intercultural Studies (CIIS) Fellows grant, Janis Broder ’20 and Tamara Feinstein, visiting assistant professor and coordinator of the Caribbean, Latin American, and Latino studies program, traveled to Santiago, Chile, along with a student from SUNY Potsdam to conduct research on arpilleras.

The project to acquire the arpilleras titled “Forging Memory: Chilean Art and Politics” began during the 1980s with a Philadelphia-based fair-trade women’s collective called Jubilee Crafts. The collective began marketing and exhibiting the unique textiles as a way to educate Americans about U.S. foreign policy in Chile and the human rights abuses suffered by the Chilean people under Pinochet.

SUNY Potsdam Professor of History M.J. Heisey was the director of Jubilee Crafts during the acquisition period and had recently learned that a collection of arpilleras had been sitting in a coworker’s basement since the closing of Jubilee in the 1990s. Heisey reached out to her SUNY Potsdam colleagues, Lily Trevizan and Oscar Sarmiento, professors of modern languages, who were university students and teachers in Chile during the Pinochet dictatorship, to help provide valuable firsthand experience to the faculty and student researchers from both campuses.

The exhibits also included interpretive materials from students in Feinstein’s classes at St. Lawrence University and SUNY Potsdam student podcasts on Chilean history. A digital timeline, clips of interviews with arpilleristas and other experts, an online photo gallery of the arpilleras in the collection, and digital narratives, including one on Francisco Letelier’s murals at St. Lawrence, continue to be available through the exhibit website forgingmemory.org.

“This project has been extremely valuable for me as it allowed me to build skills as a researcher while developing my language skills” says Broder, an international economics–Spanish combined major and Caribbean, Latin American and Latino studies minor from Millburn, New Jersey. “I hope that the final product of our work inspires other students to continue personal research on Chile’s history or encourage them to pursue different research projects of their own.”

Feinstein has incorporated the project into other classes which have created social media resources. Students have launched  Facebook and Instagram accounts to feature the textiles and personal stories.

Following the exhibit, the textiles were donated to the permanent collection at the Museum of Memory and Human Rights in Santiago, Chile.