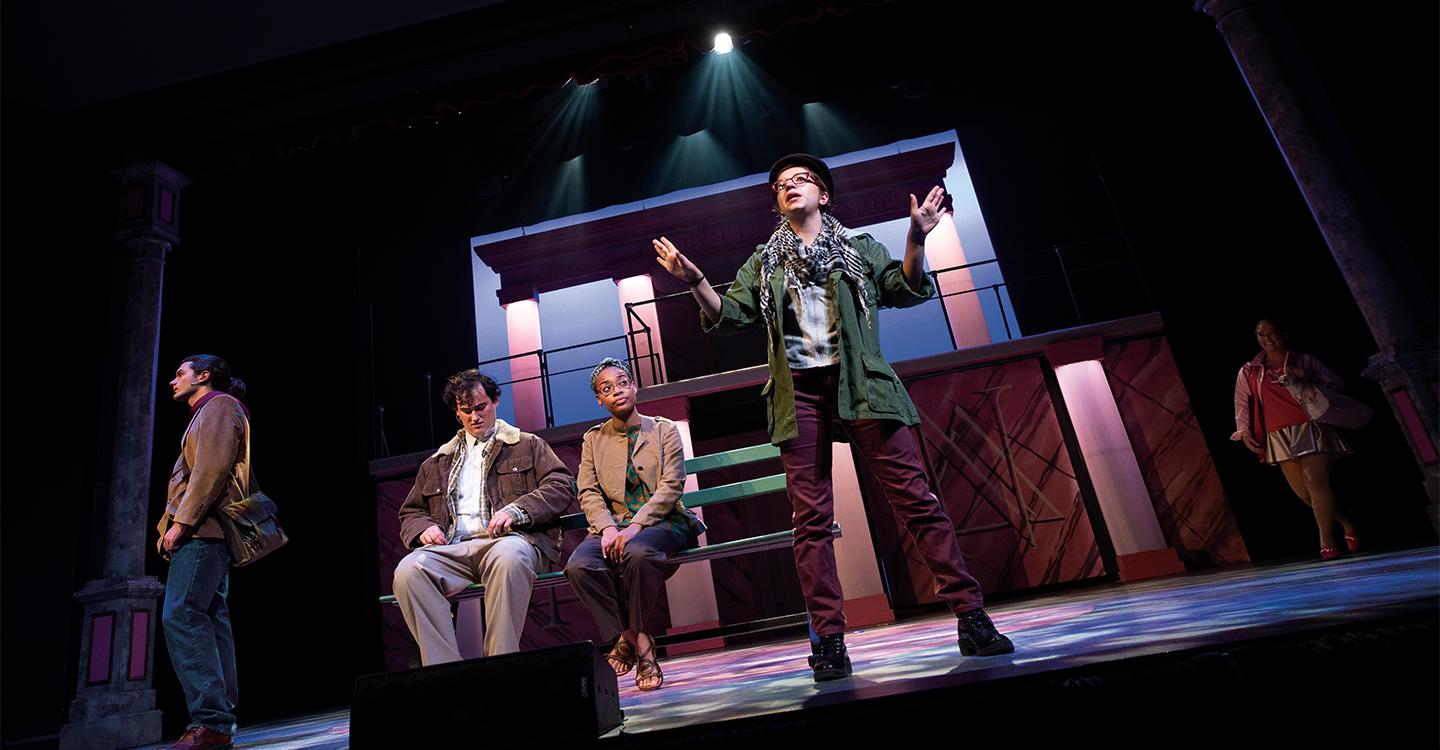 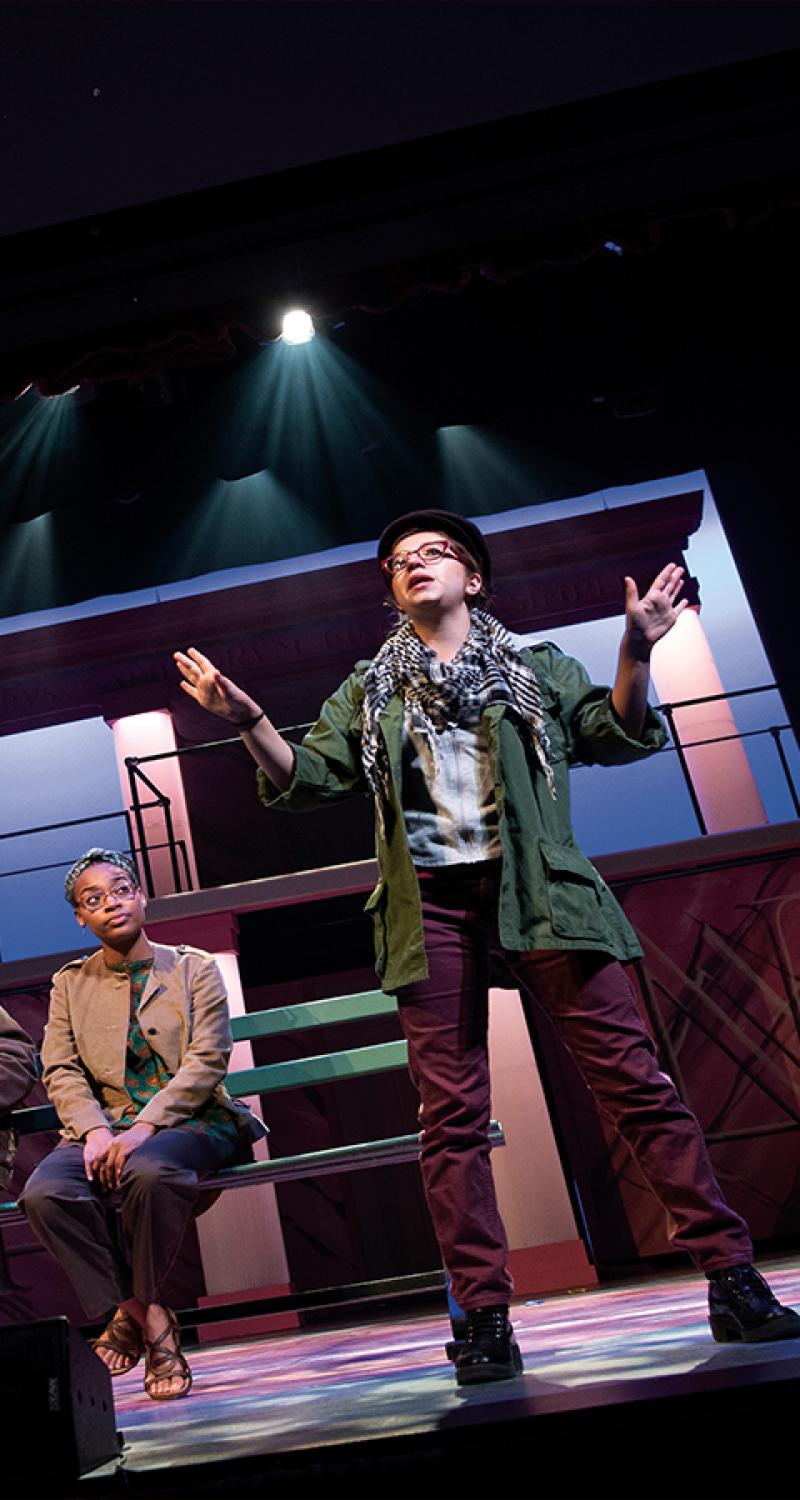 New $1.5M Endowment for Theater and the Arts

For North Country native and Class of 1967 alumnus, Bill Martin, recognizing the power of theater has very little to do with whether or not a person ends up on center stage.

“I think the skills that come out of experiencing theater—whether somebody becomes an actor or not— are the refinement of listening skills, the ability to analyze one’s hearing, how to compose and express a narrative, and to understand some of the tensions and themes that we all face,” says Martin. “I think there’s very few places where you can begin to approach all of these sets of skills simultaneously.

“Theater is quite collaborative,” he continues. “It may seem obvious, but you’re not going to get a play done unless everybody’s working together. You have to show up 100 percent of the time, on time. Even if you’re never in another play after school, you develop the habits that are important for all of us to have if we’re going to be successful.”

It is for all of these reasons that Martin has created a $1.5 million endowment to support theater and performing arts programming at St. Lawrence University for years to come.

“Theater is an important profession, and we really need centers of training that are going to provide leadership and teaching,” says Martin, who has been a devout supporter of arts programming infused in the student experience on and off campus for years. His support includes creating internship and organizing cultural excursions for students who take part in St. Lawrence’s Liberal Arts in New York City program.

After graduating from Potsdam High School in 1963, Martin came to St. Lawrence to study psychology. Professionally, his career spans the fields of disability advocacy, energy, sustainability, and the shaping of public policy through entrepreneurship. He admits that he was not involved in theater as an undergraduate.

“I was in ‘The Mikado’ in grade school,” he quips, “Does that count?” The few drama courses that Martin did take, however, had an impact. “Professor Stanley Holberg was excellent and he clearly believed in me as a student,” says Martin. “When you have a professor who believes in you, you tend to take that course seriously.”

In 2001, Martin’s involvement in the arts intensified, when he joined the board of the Epic Theatre Ensemble, a professional theater company in New York City whose productions focus on promoting engaged citizenship and social change.

In addition to all of his career accomplishments, Martin is also a playwright, producer, and, along with his past work on Epic Theatre Ensemble’s board, serves on the boards of LARK Theatre, The Colorado New Play Festival, and the deCordova Sculpture Park and Museum. His work with all of these arts organizations has given Martin insights as to the important role of the audience.

“Far more of us are likely to be part of an audience than actors or writers,” says Martin, who believes the impact is equally as profound. “I think it’s really the same because you’re sitting there, observing, listening, watching, and you’re not talking.”

For Martin, a good play can introduce themes that are important to all of us and put them into perspective. “We suddenly get a new look at something you haven’t thought much about or haven’t observed, and we experience emotions that we’ve denied ourselves or ignored.

“I think,” says Martin, “the audience is probably every bit as important as the writer, and the director, and the performer, in terms of what we get out of it.”

The Bill Martin ’67 Endowment for the Arts will fund programs, operations, and capital improvement needs.