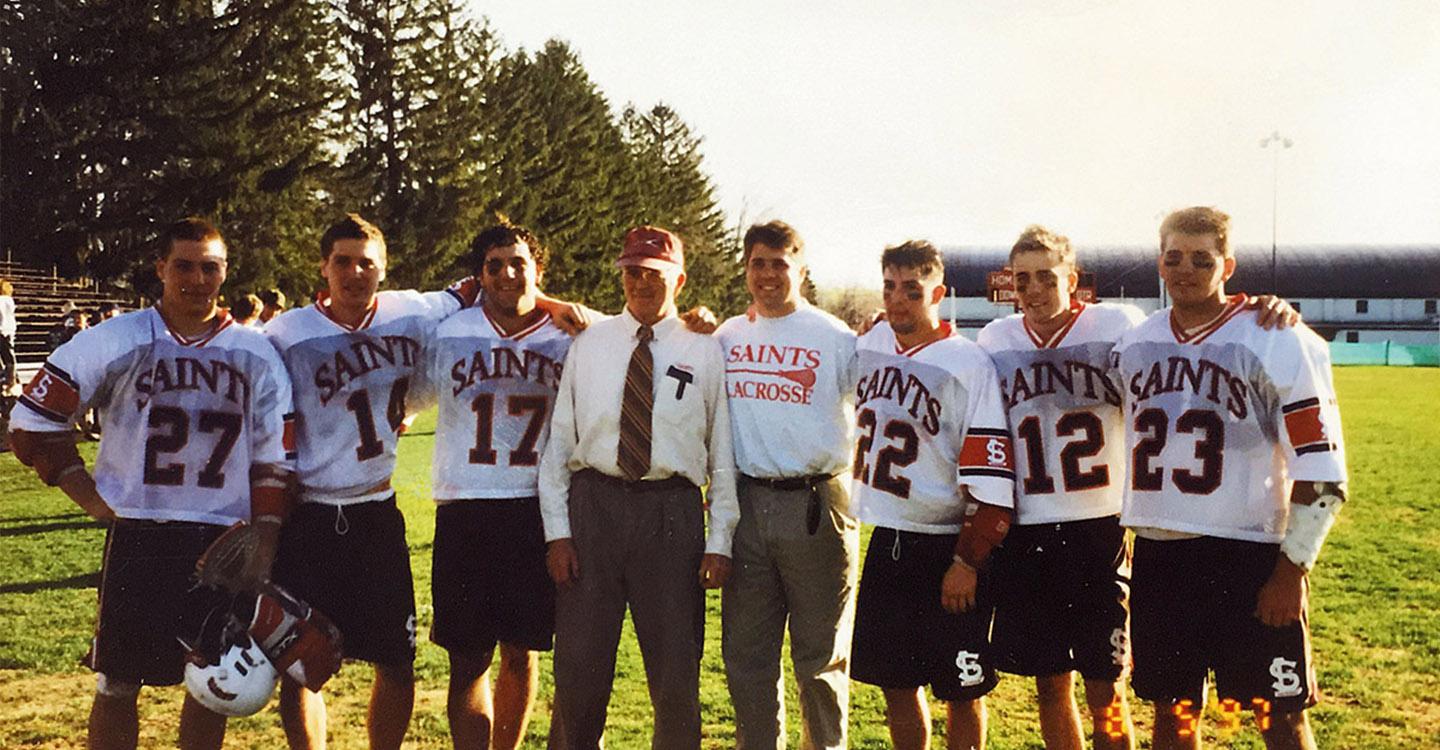 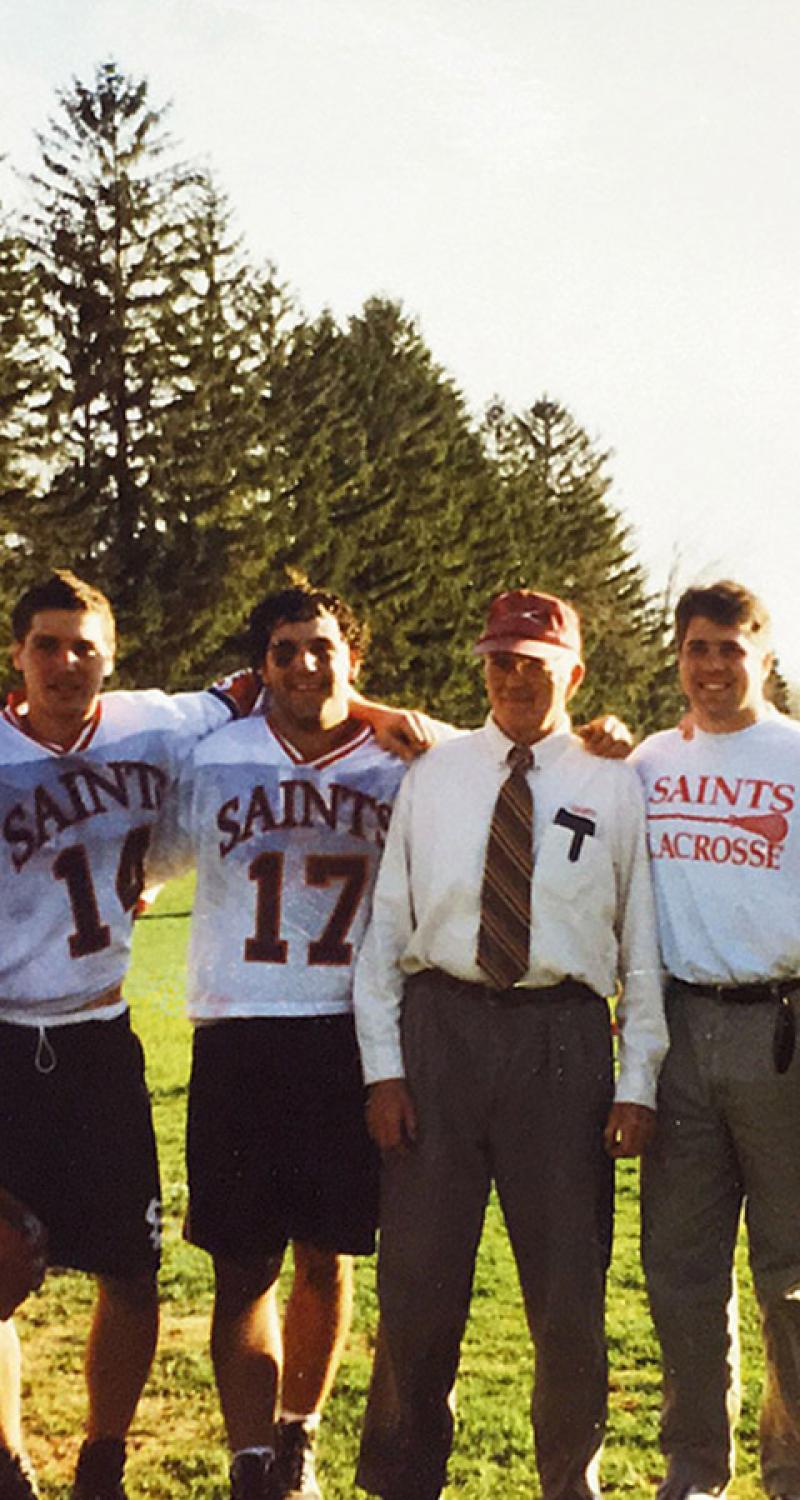 A Legacy of Relationships, Trust, and Teamwork

No matter how you addressed him, when you saw Don Leet in Augsbury, on the field, in the classroom, or even at the poker table, you knew your interaction with him was going to make you a better person.

I played for—and coached with—Don, and we stayed in close contact over the years. In the weeks and months since his death in June, I find that I’m still learning from him through the stories that his former players and colleagues continue to tell.

It wasn’t the locker room speeches or the Xs and Os that set Coach Leet apart. Coaching—or any sort of partnership that is ultimately going to mean something—starts and ends with relationships. Coach Leet was a master at creating, building, and sustaining meaningful and purposeful relationships. Those relationships extended far beyond the lines of an athletic field, the walls of a classroom, or even the finality that a graduation ceremony implies.

One way Coach Leet built those relationships was through his style of communication. He spoke with us, not at us. He was always honest—even if what he had to say wasn’t exactly what we wanted to hear. Some of his best advice came during the most difficult times in a student-athlete’s career, whether the issue be related to sport, academics, or our personal lives. It was in these one-on-one interactions that we, his players, remain indebted to Coach for his sincerity and heartfelt guidance. He always had his players’ best interest at heart. It was never about him.

Coach Leet also believed in positive reinforcement. He helped student-athletes lay out a plan of action, provided them with a formula to attack that plan, and continued to provide positive feedback to keep them on track. His use of sport psychology to get the most out of his athletes was well ahead of his time.

He was always asking athletes to step out of their comfort zone—play a different position, try a new sport, or push themselves a little bit harder. He did not dwell on your limitations, but rather your potential, which he would try to draw out of you from every possible angle. He allowed individuals and the team to take ownership, while providing us with a framework to succeed and achieve our goals. As he said when he was inducted into the Intercollegiate Men’s Lacrosse Coaches Association Hall of Fame last year, he wanted competitors, not performers.

The cornerstone of his coaching was building trust, and Coach Leet earned his players’ trust by how he lived his life: as a husband to Maureen, as a father to his five daughters, as a valued professor, and pillar of the Canton community. He loved to get to know the person, not just the athlete. So many of our best memories of Coach were fishing or hunting trips, or just sitting around a pool in Florida deep in conversation, maybe even with some cold refreshments nearby.

Sadly, we have lost a legend in our St. Lawrence community, our lacrosse community, and in so many other circles that Don impacted. We lost a giant of a man, a gentle giant, who will continue to live on in us.

Mike Mahoney has been the head men’s lacrosse coach at St. Lawrence since Don Leet retired in 1997.