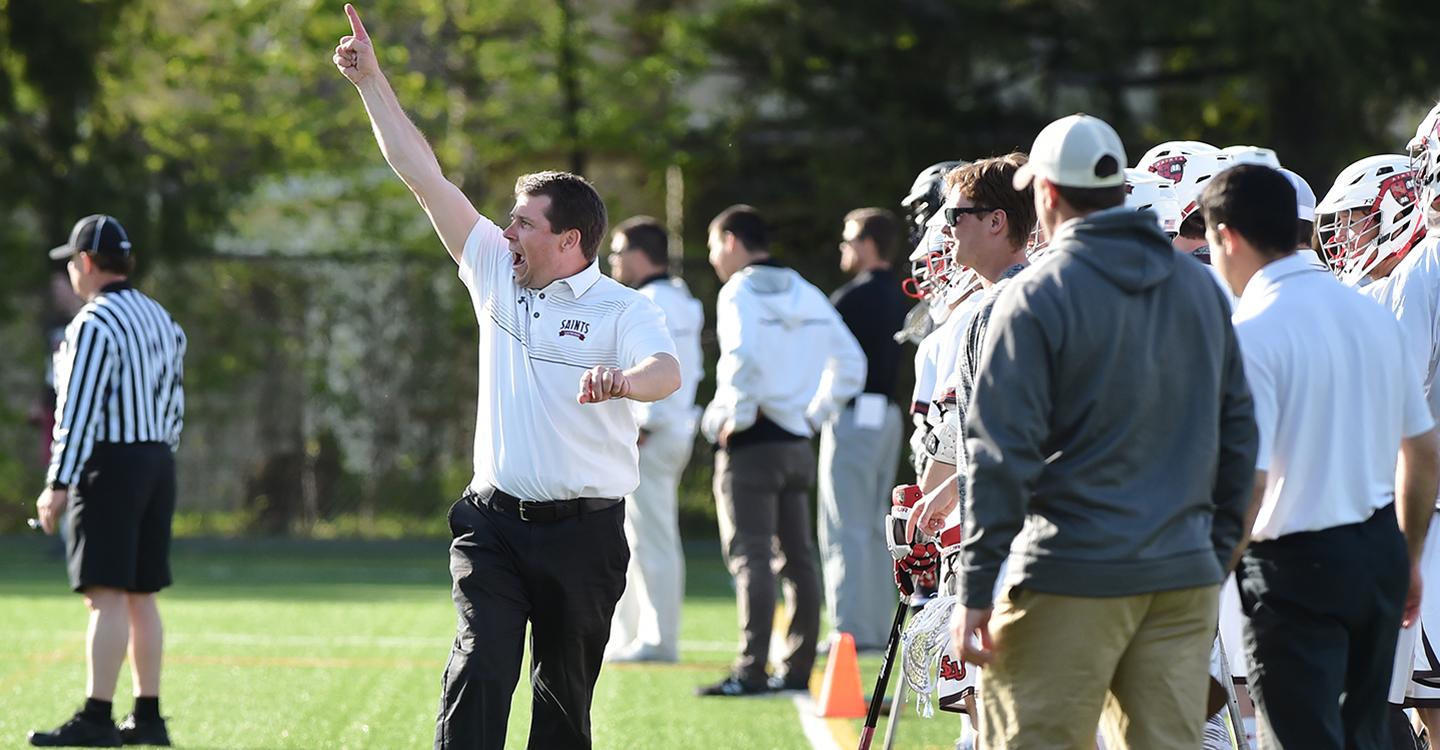 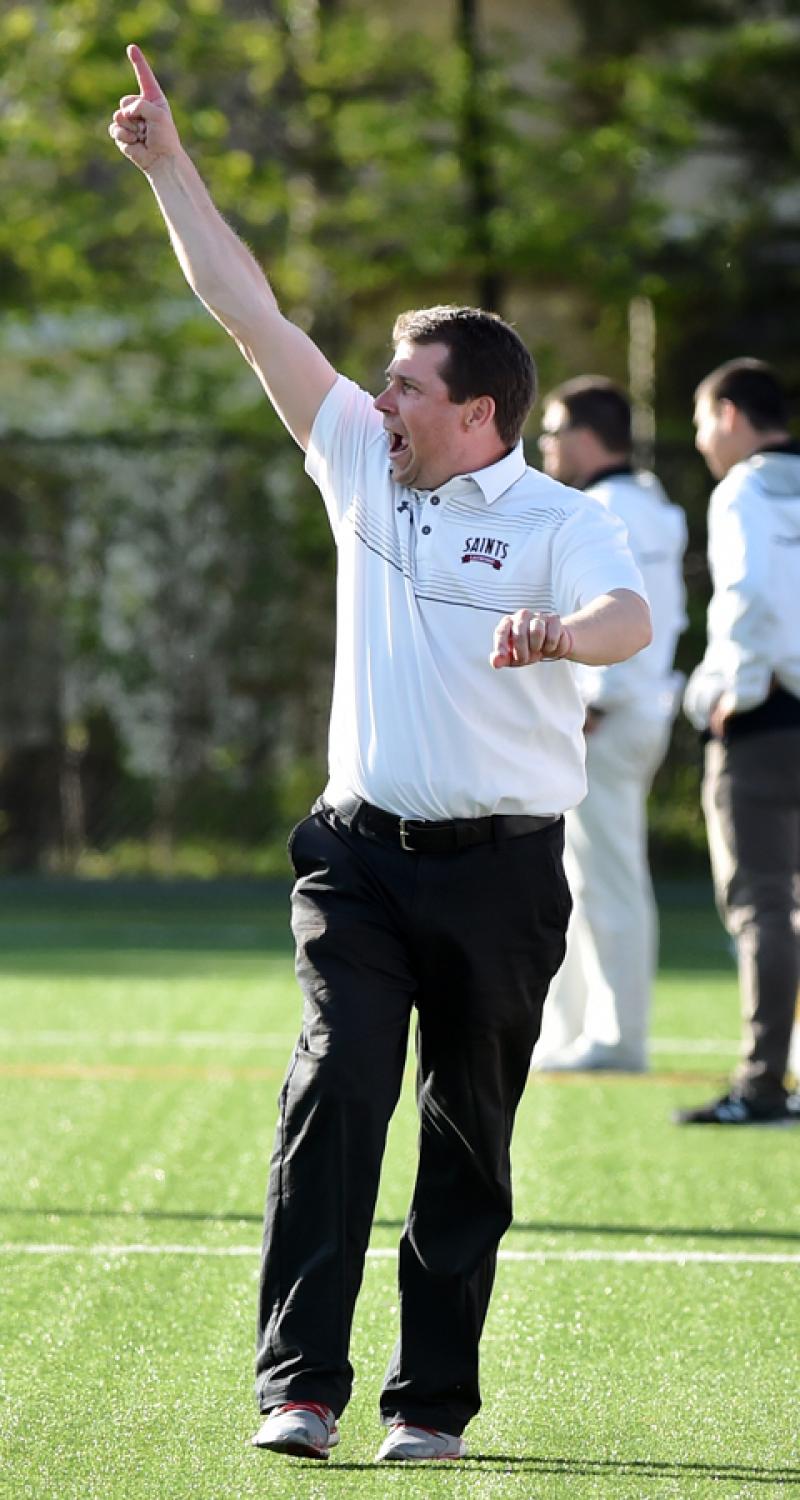 When a star men’s lacrosse player died in an accident in 2015, Jordan Dow ’18 and the rest of the team were left feeling lost and unmoored. What pulled him and his teammates through their devastation was the devotion that Head Coach Mike Mahoney ’93 showed to the men’s lacrosse community.

“Coach Mahoney has been like a father-figure to all of us,” says Dow, an economics and business in the liberal arts major from Sudbury, Massachusetts. “He’s someone who is always looking out for our interests. I’m not sure I would have made it through that difficult time in my life if it wasn’t for him.”

Mahoney, who was an Intercollegiate Men’s Lacrosse Coaches Association Division III Coach of the Year, says his model is that of a teacher-coach. “It’s not just about lacrosse; it’s the blending of the academic and the athletic. Winning is a goal, but it’s not the most important one. What’s important is for players to see all of the doors that are in front of them.”

The relationship between coach and player starts with the recruiting process and continues to build through their four years together. “It’s not in the job description, but I feel I owe parents every avenue of support I can,” Mahoney says.

James Knight ’91 had played with Mahoney for the one year they overlapped on the team. He made a donation to both support his friend and the team’s continued competitiveness in its Division III conference.

“It became clear that St. Lawrence needed help hiring an assistant coach to help ensure the team’s considerable success,” says Knight. “As a teammate, you help out whenever you can.

I felt this was my chance to step up and to help permanently endow the head coaching position in order to free up resources to hire an assistant and to be part of the team’s future success.”

As a senior, Dow gives credit to Mahoney for putting him on the path toward greater maturity. “He gives senior guys the chance to step up as leaders, which gives us all a lot of pride,” he says. “We’ve become men over these four years at SLU.”

“He’s someone who is always looking out for our interests,” said Dow.