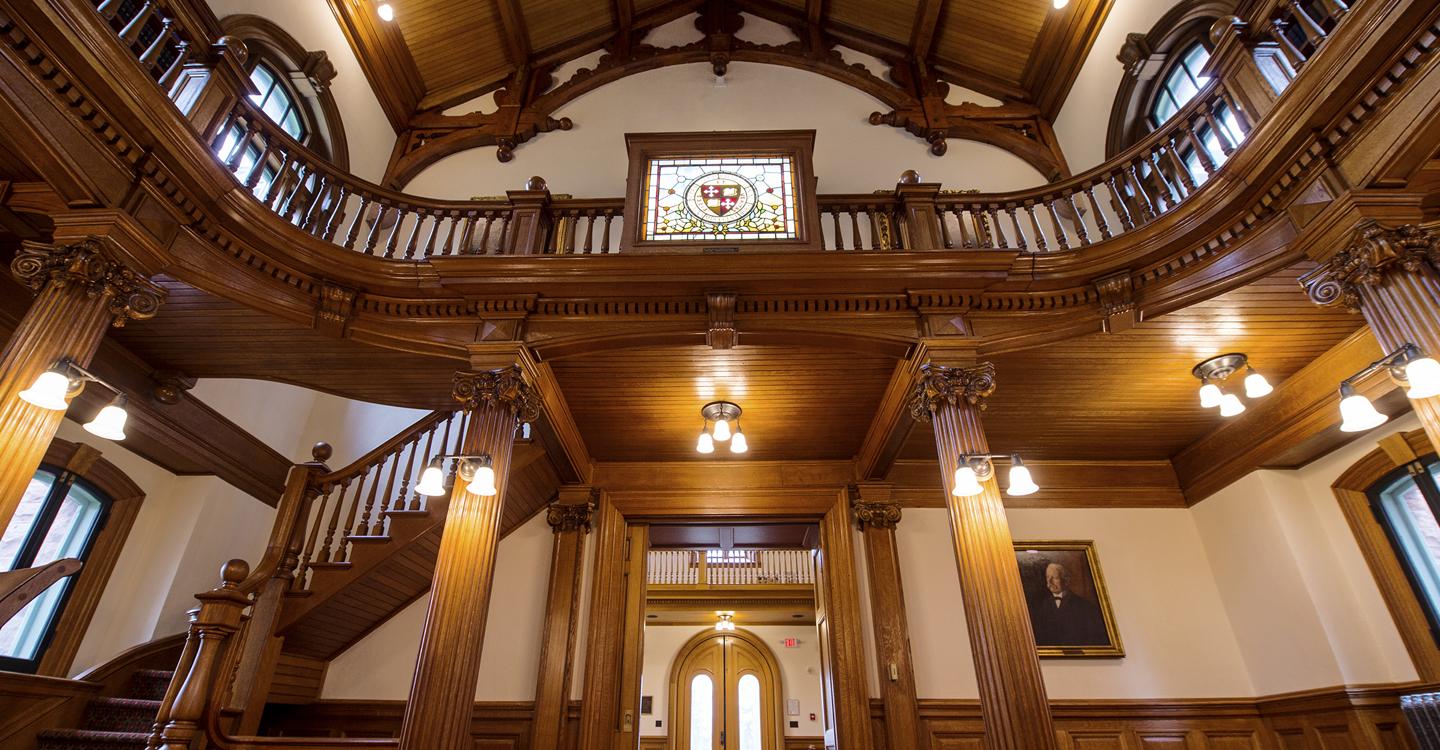 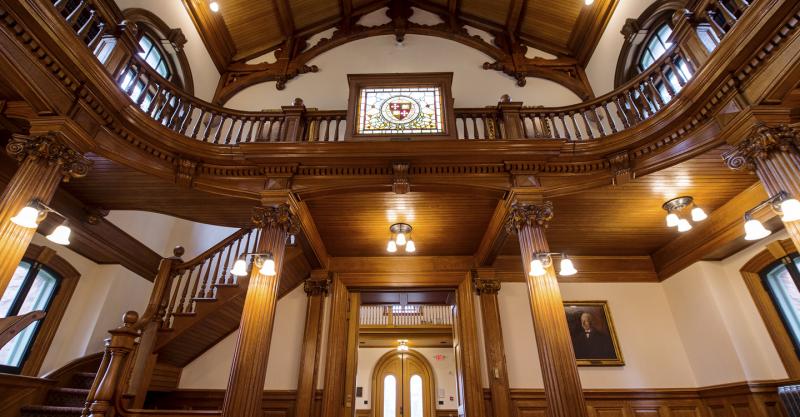 Listed on the National Register of Historic Places since 1974, Herring-Cole Hall has been restored to its original luster after gifts from generous Laurentian alumni.

In 2014, Trustee Jay W. Ireland ’77, P’00 and Valerie Ireland ’77 ensured that the Cole Reading Room was restored to its original beauty with refinished woodwork as well as new lighting, carpet, and reading tables and chairs.

Two years later, the original Herring Library had its day, thanks to a generous donation by Trustee Michael W. Ranger ’80, P’17 and Virginia R. Ranger P’17. Constructed of locally-quarried Potsdam sandstone, Herring Library was built in 1870, when St. Lawrence University was just 14 years old, constituting the second-oldest building on campus after nearby Richardson Hall.

“Herring Library represents the history and tradition of St. Lawrence,” the Rangers say. “We felt the building needed to match the newly-renovated Cole Reading Room and complete a critical piece of the restoration of the north campus.”

Cole Reading Room was constructed in 1903, and the combined structure served as St. Lawrence’s library until Owen D. Young Library (ODY) opened in 1959.

“Preserving St. Lawrence’s heritage buildings such as Herring-Cole Hall,” says President Fox, “plays an important role in curating the University’s history but also in optimizing it for future generations of Laurentians. Herring Library has served our campus since nearly the beginning of the University’s inception, and—with Cole Reading Room—continues to be a popular place for students to study, bridging multiple generations with a sense of place.”