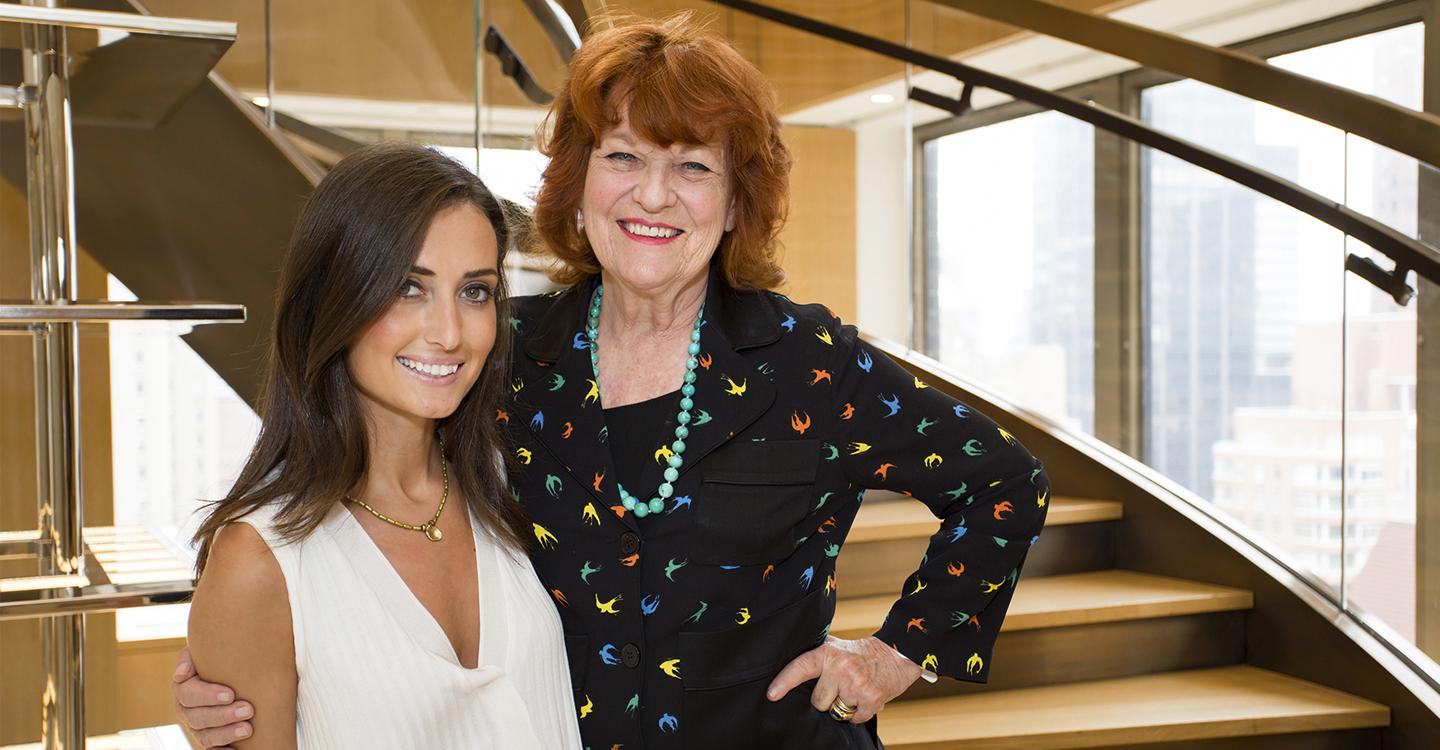 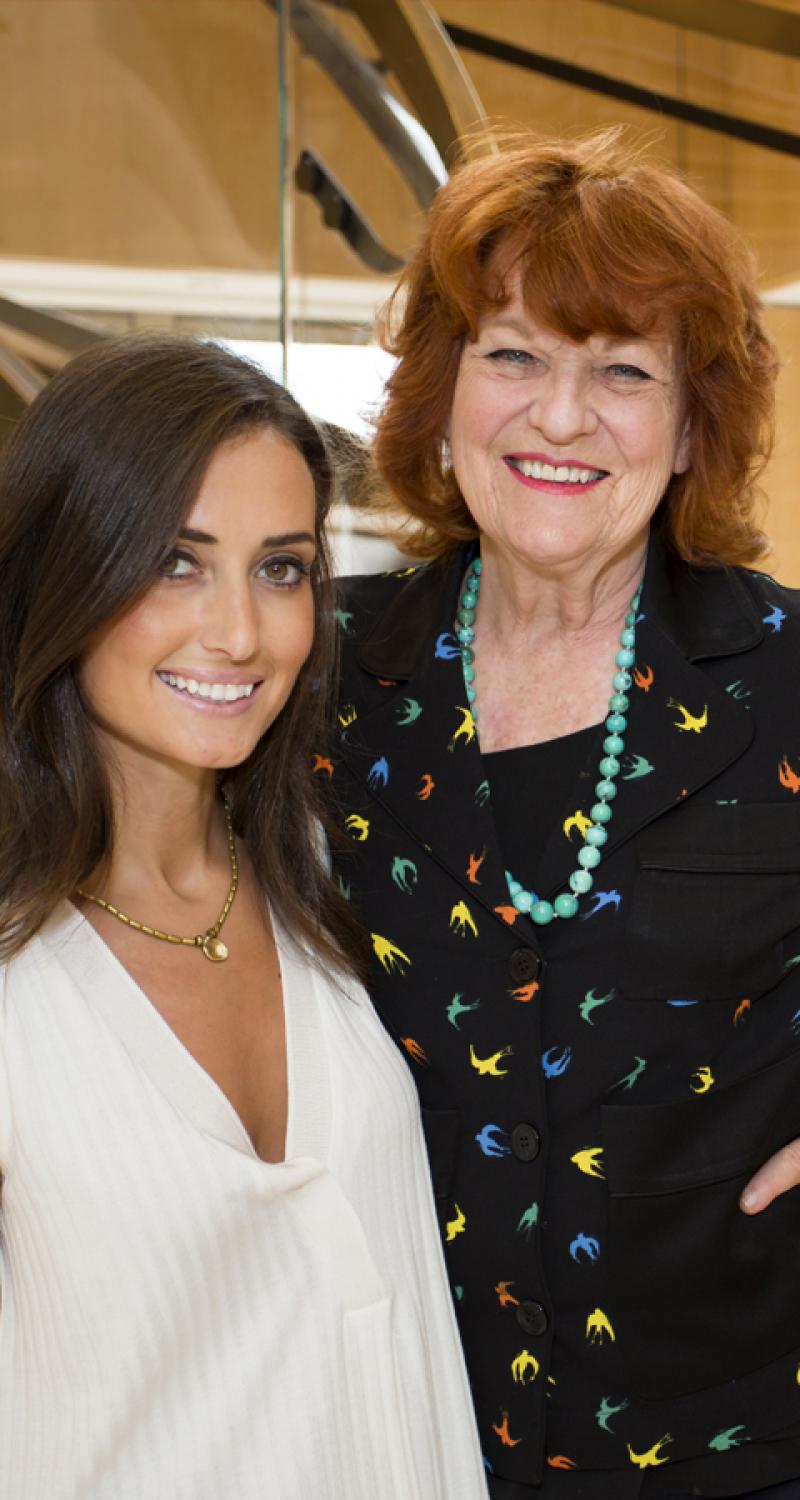 Laurentians Ensure ‘Everybody Knows Your Name’

Judy Hart Angelo ’64 found a way to thrive at St. Lawrence, and then again in Paris, although she had not visited either before committing to them.  She was a first-generation college student from the Midwest who made a successful career for herself in New York City, writing musicals and theme songs for television shows like Cheers.

Judy and her late husband John Angelo ’63 shared an affinity for their alma mater that led them to invite 15 St. Lawrence students to attend a seminar in Manhattan. When the students arrived, the Angelos were surprised to find only three had previously visited New York City.

It was Judy’s semester studying abroad in Paris that gave her the confidence to move to Manhattan after graduation. “That experience clarified the importance of fully immersing myself in new places,” she says, “and I wanted other Laurentians to have that same growth—and the ability to embrace the places they wanted to call home.”

Thanks in part to a generous gift from the Angelos, St. Lawrence launched the New York City Semester, allowing students to spend a semester pursuing study and internships in finance and the arts.

“John and I knew how valuable it was to get students into the City for more than just a visit, so they could be a part of the culture. Internships are good for the students and good for the companies.”

Fatma Luy ’12, an economics and government major, was one student who benefited from the program.  Now working for the investment company John helped create, Angelo Gordon & Co., she credits the program for her post-graduate success.

“I learned so much about finance that you cannot learn in a classroom,” Luy says. “If it weren’t for the NYC Semester, I would not be in the City now. I would not be working in finance, pursuing my MBA at Columbia, or working at Angelo Gordon & Co.  I owe my career and my graduate studies to this program.”