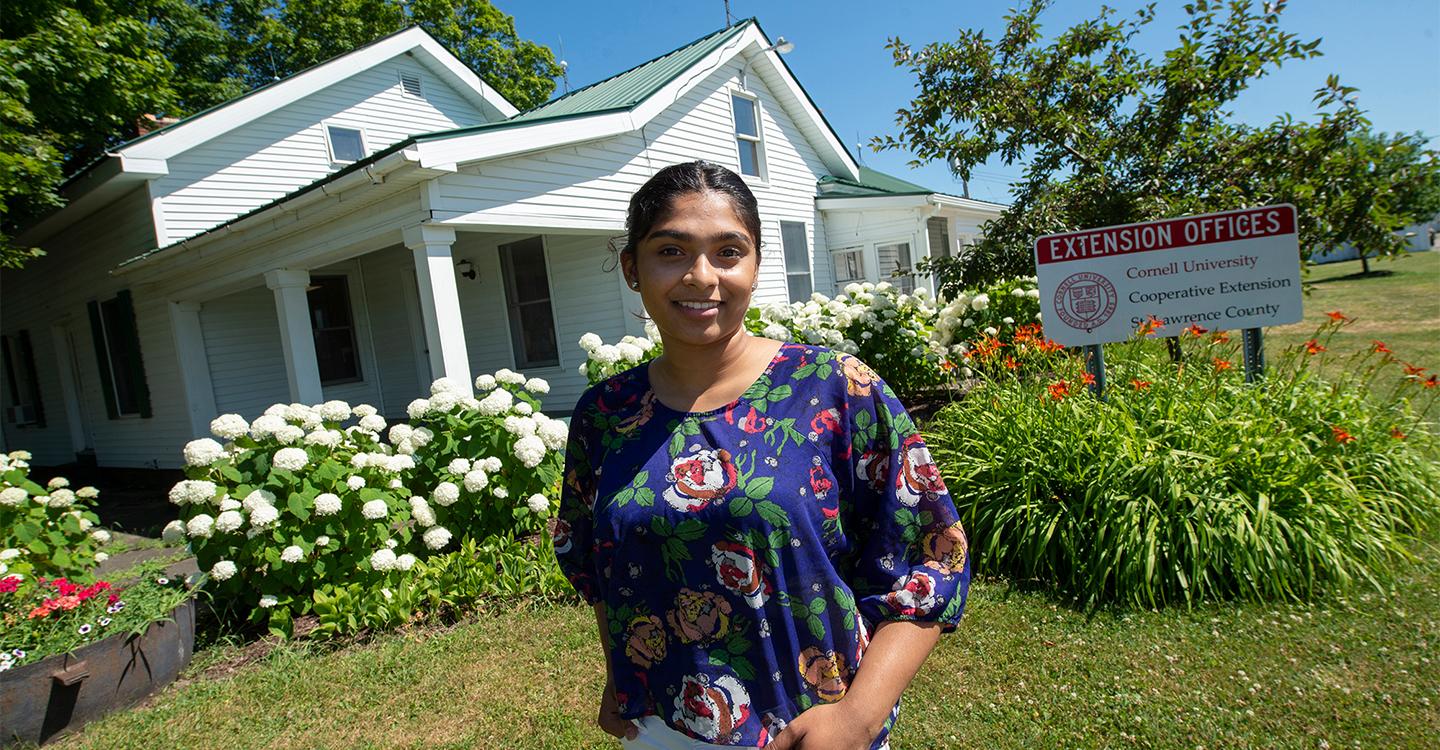 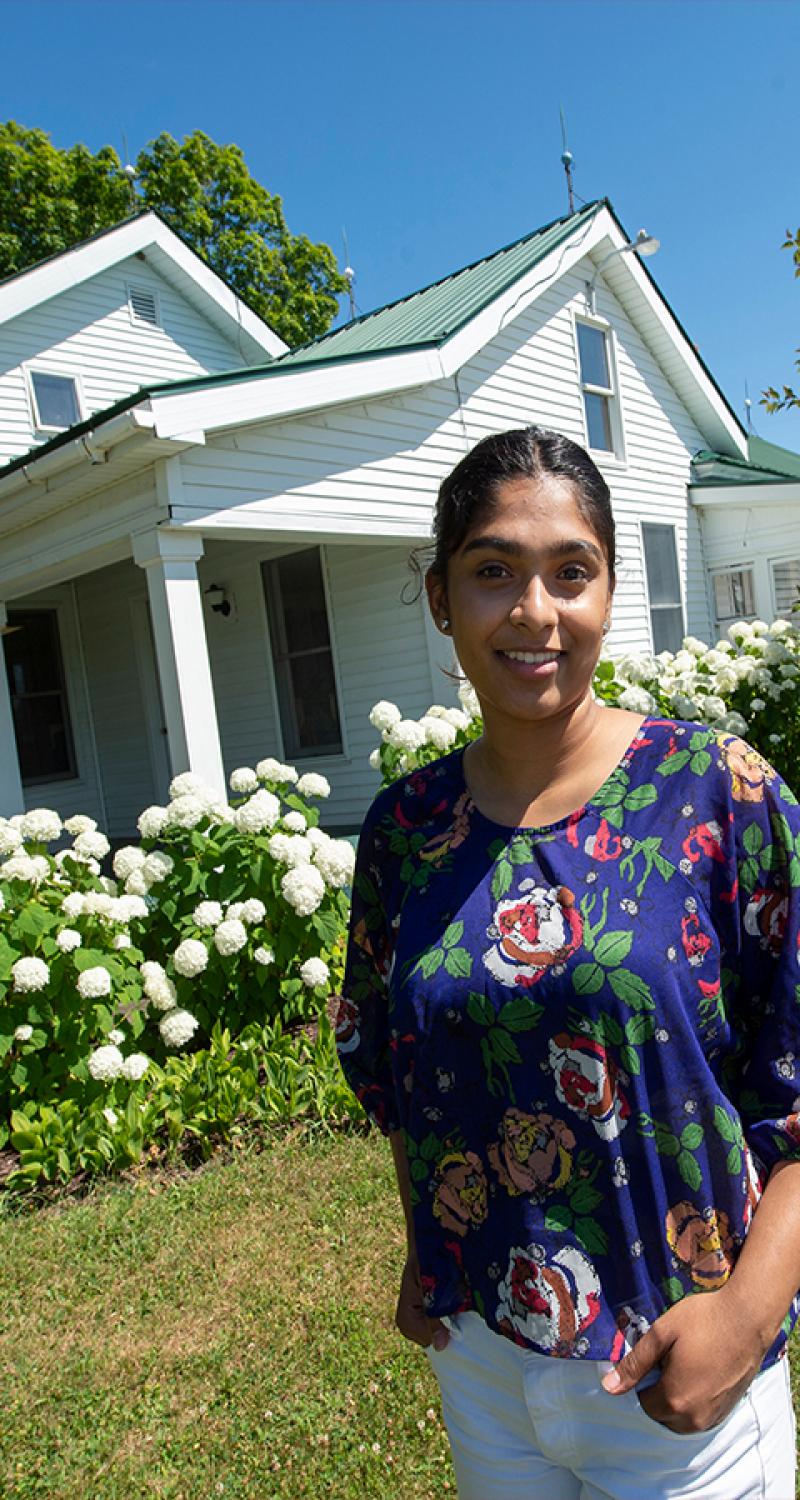 It started with President Bill Fox ’75. Thinking of the Peace Corps and Americorps, he wondered if St. Lawrence could organize a similar program with participants who focused on northern New York State. He also wanted students to have a structured, experiential-learning option while volunteering with local non-profit groups that serve the public.

“The answer is yes,” Falen says, “we now know that we can build such a program. It’s called SLU PIC [Public Interest Corps] and our students are very interested—very motivated—to take part in it.”

It began with just five students.

“That was four years ago,” he says. “Now, we’ve doubled in size with 10 students. For those 10 positions, we received more than 90 applications. We’d love to have more students take part, but the program’s current funding level forces us to cap the number of positions at 10.”

The numbers, however, don’t measure the impact that SLU PIC has on students, the organizations where they work and the people they serve.

The organizations selected to work with SLU PIC include Garden Share (working to end hunger and strengthen food security in the North Country), Renewal House (offering immediate housing and other needs to victims of domestic violence or sexual abuse), the St. Lawrence Planning Commission (developing short- and long-term, land-use plans to guide the county’s growth and revitalization), the Canton Day Care Center (providing a nurturing environment where children can grow, discover, and learn), TAUNY (showcasing the folk culture and living traditions of the North Country), the St. Lawrence County Office of Public Health (offering a variety of services to improve the health of individuals and the community), and others.

“These organizations attract St. Lawrence students who are hard-working, intelligent and analytical,” Falen says. “As interns, our students help these organizations meet their missions. The students gain a profoundly different kind of experience working in these offices. They are called on to help people, often people in need, and they join teams of professionals committed to improving lives affected by hunger, violence, poverty and other crises. Of course, these relationships also strengthen the bonds between the University and the wider communities that dot northern New York. It’s a triple win.”

Ashlee Downing is the Associate Director of Student Activities and Leadership and the Coordinator of Volunteer Services and Community Partnerships. She says the SLU PIC internships differ from the volunteer work that St. Lawrence students take on during the academic year.

“We have more than 200 students who volunteer with public-service agencies throughout the school year,” she says. “SLU PIC is a chance for 10 students to focus on public service, gain more in-depth experience and network for an entire summer.”

The program gives students a small stipend and housing, but Downing says, it’s the core, Laurentian values that drive them. Many students are attracted to SLU PIC, she adds, because it’s a chance for them to take action, to put their ideals to work, and serve the community.

“It’s one thing to sit in class and hear about people in need,” she says, “but when students spend a summer interning with some of these organizations, they see things more clearly. They understand some of the factors that led people to seek help and they get a sense of the resources and work required to change lives.”

Downing says the program leads to other changes in the participating students, as well.

“SLU PIC interns tell us about meaningful connections they’ve made over the summer,” she says. “Most of the students also say that working for the betterment of others makes them feel like they’ve accomplished something, something important—which, of course, they have.”

They also see that upstate New York is a vibrant place, she adds, with lots to do and a community that’s committed to a better future.

Before beginning her last year at St. Lawrence, Taylor Goldman ’19 was awarded a SLU PIC internship with the St. Lawrence County Public Health Department. Her biology major and public health minor made her a good candidate for the position.

“It’s a big field,” she says. “This internship is a chance to explore it, to see what I could potentially do in public health in the future.” That includes work on the Department’s website.

“I’ve been building a digital portal,” she says, “where everyone—providers, residents, emergency responders, administrators—can get information about public health issues. The issues themselves can range from exposure to hazardous material from a truck or train accident to a viral strain affecting the area. County residents need a ‘one-stop shop’ where they can get details about anything that could affect their health.”

Goldman says working at the local level has been revealing. She’s seen how public health officials put their training, knowledge and experience into action.

“When someone or a group of people need care,” she says, “the situation demands a high level of preparedness and skill. And all of it comes together in hopes of a positive outcome. Bad things can happen, but it’s encouraging to know there are professionals committed to helping.”

She’s also seen the scalability of her work in the public health system.

“I’m starting to understand the factors that shape local responses to health issues,” she says. “And it’s been great to work in the largest county east of the Mississippi. A lot of the challenges facing my department also affect state and even some federal public health agencies.”

Becky Allen is the emergency preparedness coordinator for St. Lawrence County. It’s her job to prevent threats to public health while making sure the County can respond appropriately if necessary. She has high praise for both SLU PIC and Goldman.

“In addition to her field work,” she says, “Taylor quickly became the point person for updating our website. It’s an important tool in the work we do, but it was developed during the era of dial-up internet connections. Our programs and responses have gone through multiple changes since then. So, we knew our online presence needed to be modernized. Taylor did the research to determine the best approach and then began the work itself. She’s been extremely helpful.”

Allen also speaks to the larger impact of Goldman’s work.

“It’s crucial that we communicate with our community,” she says. “We have to identify and explain risks across St. Lawrence County. We also need to make sure that staff at hospitals, universities, and work sites, as well as families, have access to the same reliable, in-depth information. Taylor’s work will help us use our technology to do this. There is a ripple effect to what she’s done and it will be felt across the County for quite some time.”

Geoffrey Falen and Ashlee Downing say this ripple effect is multiplied by each SLU PIC intern.

“One of our summer ’18 students is helping draft a plan that will double the capacity of the Canton Day Care,” Falen says. “That alone can help several parents enter or re-enter the workforce.”

She adds that it’s impossible to measure or put a number on the impact of the SLU PIC program or the students that take part in it.

In 2017, the Fred L. Emerson Foundation challenged St. Lawrence to raise $250,000 in support of SLU PIC. If the University met this challenge within 18 months, the Foundation would donate an additional $250,000.

St. Lawrence parents and alumni met the challenge in less than 12 months.

SLU PIC now has an endowment of more than $600,000 to support summer-long student internships. The program has generated increased interest among students and public-service, non-profit organizations.

St. Lawrence will continue to raise money to expand SLU PIC and increase the number of student interns. Part of the program’s expansion includes the creation of a new, year-long post-baccalaureate fellowship for a St. Lawrence student after graduation.

Working with a North Country public interest organization, the St. Lawrence graduate in this position has the potential to improve a non-profit’s ability to provide services to its constituents and join the next generation of leaders working to advance the public interest.

To support this level of service to our greater community and help make it more dynamic, giving and inclusive, please contact Terri Selby (315) 229-5342 | tselby@stlawu.edu

Support The Power of Connections and the SLU PIC Program: