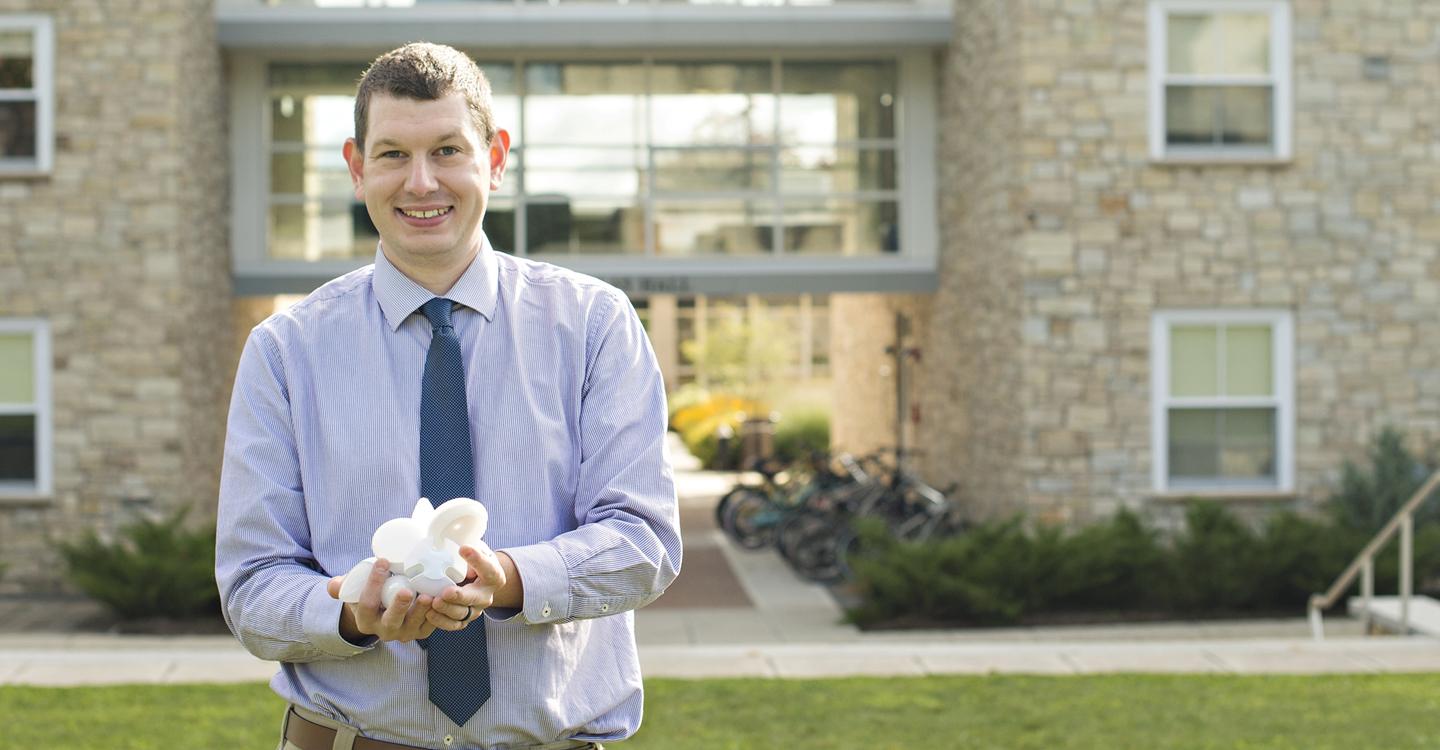 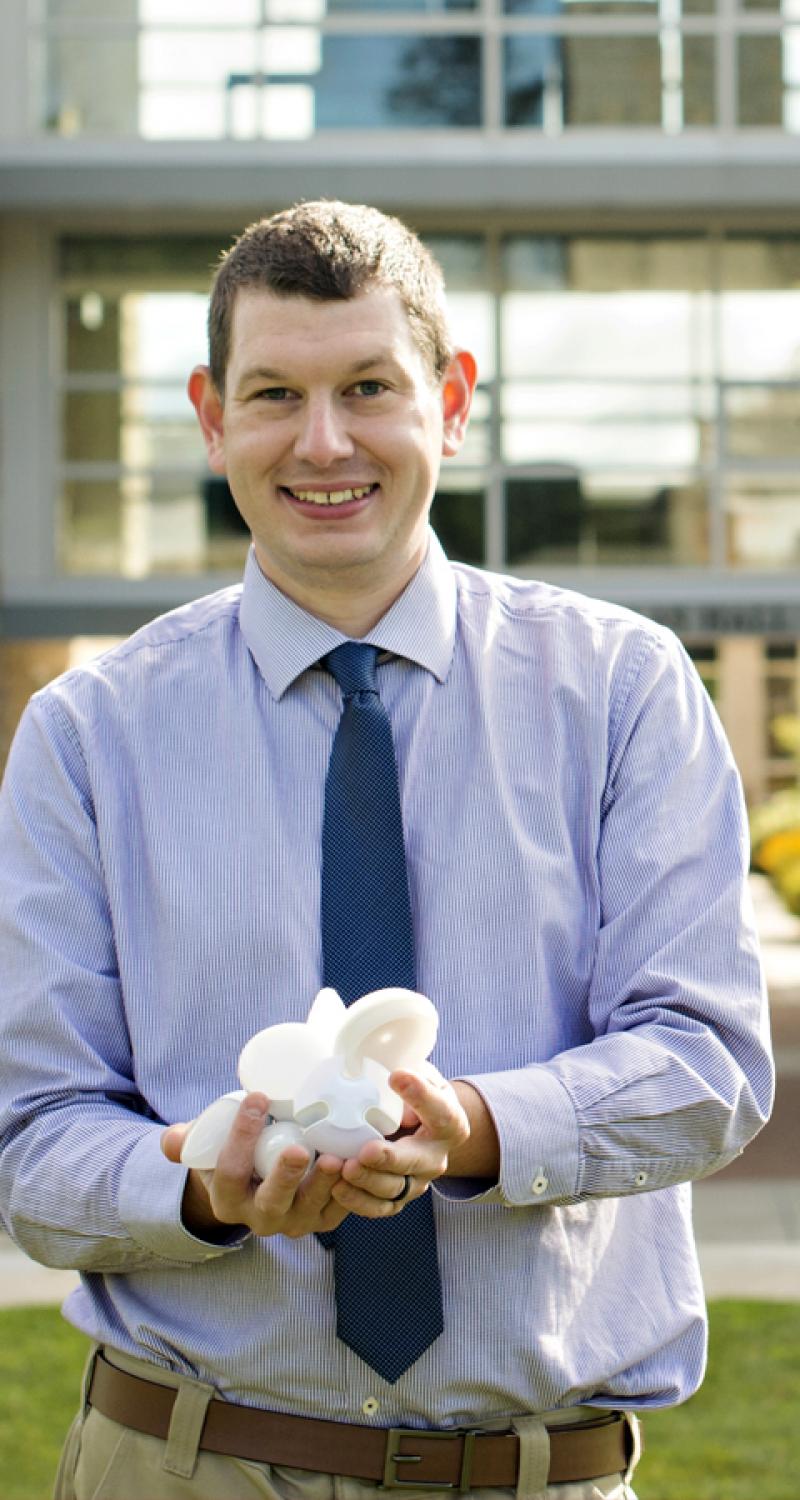 Everyone likes the sound of it. Everyone is scrambling to prove they’ve got it, but how many people or institutions agree on how to define it or, more importantly, how it fits in with their culture or mission?

Many assume that innovators have the edge, but let’s think this through. Let’s excogitate together on this idea of innovation.

...Now that is a word you don’t hear every day, but it seems to be precisely what we are looking for when attempting to articulate what innovation has to do with the liberal arts, or more precisely, what the liberal arts have to do with innovation. It is excogitation—to think out; devise; invent; to study intently and carefully, in order to grasp or comprehend fully—one of innovation’s many linguistic siblings, which both describes the core business of St. Lawrence University and is a strong precursor to innovation.

Every institution can point to periods of creativity and ingenuity with campus leadership, programs, or individuals who have led their campuses with the invention and/or adoption of new technologies, contemporary methods and ideas, attitudes, and applications.

Throughout its history, St. Lawrence has had its share of innovators. The American Suffragist Olympia Brown, who graduated from the School of Theology at St. Lawrence University in 1863, became the first female ordained minister in the country, altering the composition and voice of clergy representing Universalism in the mid 1800s. If not an innovator, Brown certainly was a pioneer.

Businessman, industrialist, lawyer and diplomat, Owen D. Young, Class of 1894, and St. Lawrence University trustee from 1912 to 1934, was considered by many of his generation to be an innovator during what one of his local descendants has called New York State’s “Silicon Valley” period. Young was a founder of the Radio Corporation of America (RCA) which became a dominant manufacturer of electronics and radio technologies and later developed the National Broadcasting Company (NBC), the first national radio network. Over the next several decades, RCA was critical to the development and introduction of black-and-white and color television, innovations that shaped the media landscape and popular culture of the 20th century.

In 1930, Young’s use of a phonograph record to reach out to St. Lawrence alumni and announce the approval of construction for a new men’s residence, later renamed Sykes Hall, was considered an inventive use of the latest communication technologies. Scarlet and brown colored records were pressed and mailed out to alumni, complete with a recording of the alma mater sung by a quintet along with remarks by Young.

With Young as chairman of the board, it is probably no coincidence that St. Lawrence is among the first to have a college radio station, giving students unique access to a burgeoning industry. The U.S. Department of Commerce and Labor granted St. Lawrence the right to broadcast on a regular basis in December 1922. Test broadcasts began in December 1923, and the official broadcast of WCAD took place on the evening of Jan. 15, 1924. According to documents from St. Lawrence’s archive, “The first evening’s program began with an address by St. Lawrence President Richard Eddy Sykes and live music by the Glee Club, Edson Miles, the University band and a string ensemble.”

There are lesser-known Laurentians such as Bill Wolf ’50, who was among the early computer science pioneers at a time when there were only about 50 programmers in the entire world. A physics major at St. Lawrence, Wolf’s career was featured in the Sept. 25, 1964 issue of Life magazine, titled the “Young Wizard of Computers.” He was on the forefront of computing innovations for arguably the most important projects of the 1950s and 60s, developing programs and networks that provided the U.S. Department of Defense real-time monitoring of air space during the Cold War and later designed and programmed Project Space Track, the Air Force’s system for tracking all objects orbiting the Earth. From the Space Race to satellite networks to personal computing, Wolf influenced many generations of innovations in government and commercial applications of computing software and hardware.

In addition to the individual efforts of Laurentians, St. Lawrence has a history of faculty collaborations that result in innovative programming and curriculum. This year, St. Lawrence reflected upon three decades of transformational programming. The 30th anniversaries of both the First-Year Programs—one of the first living and learning designs of its time—and the gender and sexuality studies major in the mid-1980s are examples of how new pedagogical frameworks that were shaped here have been adopted by numerous campuses across the country. St. Lawrence is also still among very few universities to have a peace studies program, and it recently launched a year-long living-learning opportunity on St. Lawrence’s sustainability site to give students a full immersive education in the practice of ecological citizenship.

For the past 10 years, students have been exploring and practicing citizen journalism through The Weave, a media laboratory led by John Collins, professor of global studies. The Weave’s 10-year anniversary was marked in September, with a conference to excogitate the intersection of truth and journalism in the era of “fake news” and digital and social media revolutions.

Just five years ago, St. Lawrence embarked on the “Crossing Boundaries: Re-envisioning the Humanities for the 21st Century,” funded through a $700,000 Andrew W. Mellon Foundation grant. Matthew Lavin ’02, former associate program coordinator of Mellon Crossing Boundaries Project, made it clear at the beginning of the project: “Innovation is crucial aspect of our grant. In order for institutions like ours to continue to thrive in the 21st century, we need to cultivate an atmosphere where trying new things in the classroom is not just encouraged but also recognized as a core principle of liberal arts education.”

Check out the learning outcomes at digital.stlawu.edu.

The challenge to stay on the front lines of innovation in the liberal arts involves administrators and faculty assessing the changing curricular landscape and the relevance and impact on 21st century learning as well as identifying innovations that impact life and learning on a smaller scale. Recognizing that big impact can come from small changes, St. Lawrence developed the Innovation Grants program.

Now into its seventh year, the Innovation Grants program invites proposals for initiatives that will improve the quality of life at St. Lawrence through curricular, co-curricular, or campus life projects and provide a foundation for St. Lawrence’s future while building a culture of innovation and entrepreneurship. So far, the program has inspired almost 200 proposals from more than 400 people. Everything—from providing bike repair stands to encourage two-wheeled transportation to sponsoring an appreciation program for residence hall custodial staff, to textbook rental software making college more affordable—has been funded through the program.

“The original grant from the Mellon Foundation (to encourage Presidential Initiatives at the beginning of President Fox’s tenure) was itself used innovatively, as he turned the entire grant over to a campus committee to award funds for the ideas from faculty, staff and students,” said Lisa Cania M’82, vice president for community and employee relations, who chairs that committee. “President Fox’s faith in the creativity of the Laurentian community has been proven beyond measure.”

For St. Lawrence, innovation is embraced both in the living and the learning aspects of campus. With an energy master plan in the works building on the momentum of LEED standards achieved in Kirk Douglas Hall and the aggressive pursuit of renewable energy sources to fuel campus combined with redesigned curriculum preparing students for careers in medicine and public health as well as the support services bolstered by the new Center for Student Achievement under construction, there is no shortage of innovation at this 161-year-old liberal arts college.