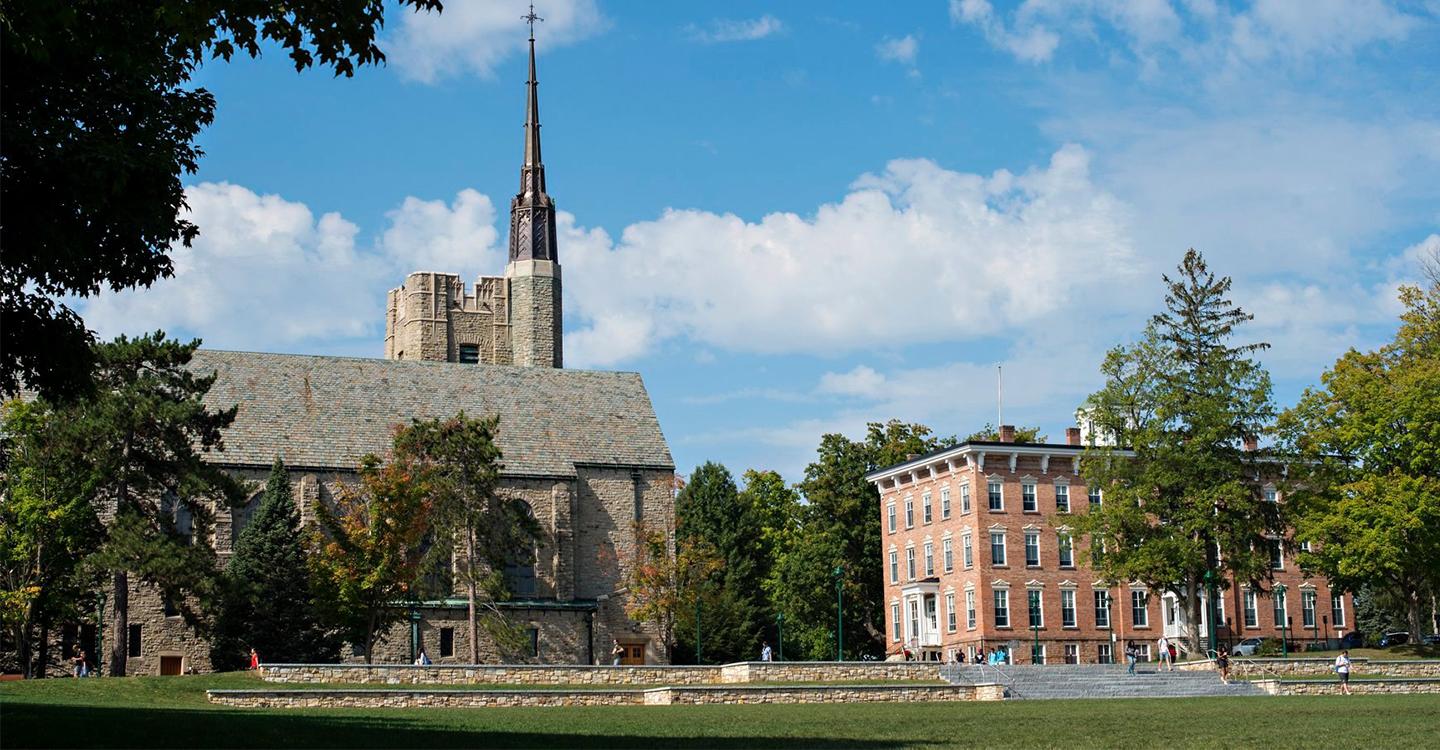 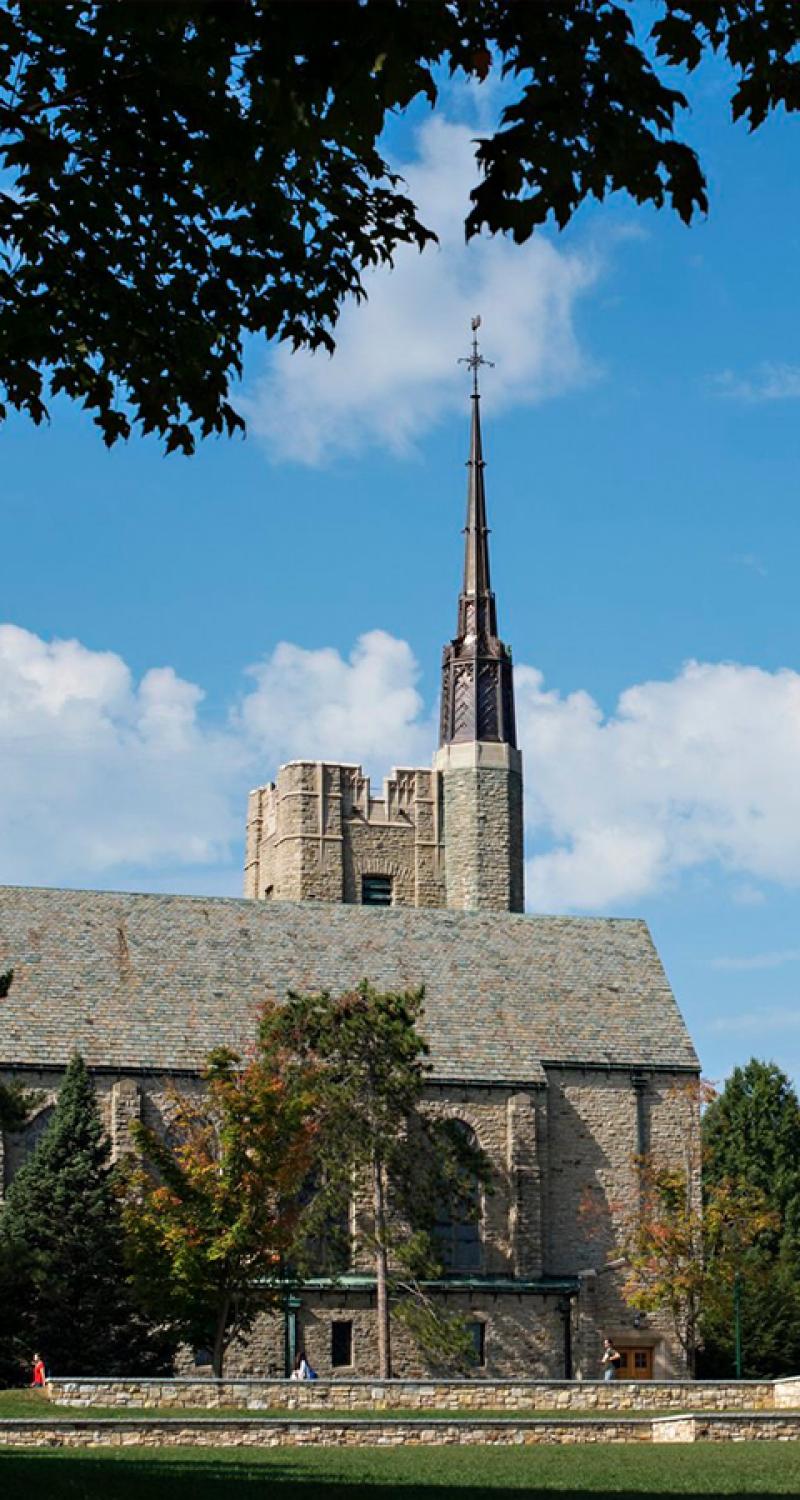 The story of the first professorship at St. Lawrence (and the Rev. Ebenezer Fisher D.D., the first president of the University’s divinity branch) is told in _e National Cyclopaedia of American Biography, published in 1900:

Fisher was inaugurated on April15, 1858. Three days later the work of the school was begun, Dr. Fisher teaching logic, rhetoric and philosophy. He had no assistant until 1860, when the Rev. Massena Goodrich was elected professor of Biblical languages and literature. Mr. Goodrich was obliged to leave the school in 1862, no endowment having been secured for his professorship. Fisher labored earnestly to secure an endowment for a professorship, the continuation of the institution being contingent upon the raising of $25,000. The outlook at first was not cheering.

That last sentence is an understatement. It took Fisher 10 years.

Then, John Craig of Rochester, N.Y. stipulated in his will that St. Lawrence should receive $50,000 for the Craig Professorship, which was endowed in 1873.  It would be 10 more years before St. Lawrence secured another. Alvinza Hayward, of San Mateo, California endowed the Hayward Professorship of Physics in 1883.

Over the course of Th e Campaign for Every Laurentian, generous donors have created four new professorships: one in Psychology, another in Government, and two in Public Health. Each one provides support for a faculty member’s salary and funding for teaching and research that leads to new learning opportunities. As part of the Campaign, we continue to seek funding that will create more professorships at St. Lawrence.

The “continuation of the institution” no longer depends on this fundraising. Endowing new professorships, however, will certainly affect the quality of the University’s work.

Professorships honor experienced and intellectually curious faculty members at St. Lawrence. These gifts distinguish professors among their peers throughout academia. Most importantly, though, every professorship is a profound statement on the Laurentian value of pursuing knowledge.

For nearly 150 years, St. Lawrence professorships have established a legacy of inquiry. Combined with the accomplishments of our students and alumni, the intellectual explorations of our faculty have made St. Lawrence a leader in liberal arts higher education. For all these reasons, increasing the number of professorships at St. Lawrence is a priority of Th e Campaign for Every Laurentian. A gift of $2.5 million will endow a professorship. It’s an important part of Endowing Our Future, one of the Campaign’s “Big Ideas.”

Here are other perspectives on the University’s professorships, from some of the faculty members that hold them: 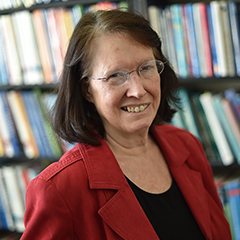 It is an enormous honor to have a named chair and an honor that I never take lightly.  Especially as a woman in science, I believe this distinction in my title has helped me to make a national name for myself. In addition, the named chair gives me access to additional funding which has had a direct impact on my teaching. I belong to a national group working to make calculus instruction more successful and effective, and I use the funds from the Cummings Professorship of Mathematics to attend the group’s twice-a-year meetings. These interactions with my brilliant and creative colleagues in the group constantly inspire me to find new ways to connect with my students in all my courses. Being a part of this group has influenced the entire trajectory of my career, and I am very grateful for these opportunities. 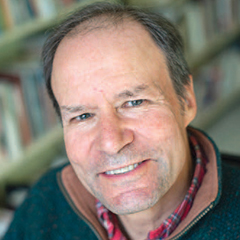 The Ranger Professorship has been a blessing.  It has permitted me to present at conferences that I wouldn’t have been able to attend, despite the University’s generous support of such activities. It has allowed me to visit and do extensive research in archives across the country that would otherwise have been beyond my reach. It has also alleviated some of the financial burdens (obtaining visas, mailing books to my new office overseas, etc.) of my Fulbright in Portugal. Fulbrights are prestigious, but also expensive for recipients. The Ranger Professorship helped offset some of these costs. I can’t thank the Ranger family enough for the confidence their endowment showed in St. Lawrence, our government department, and myself. 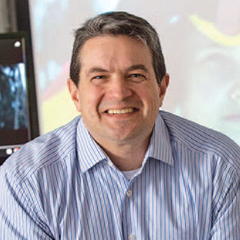 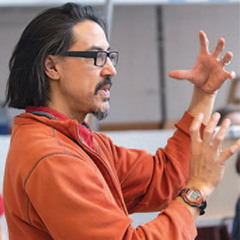 The Birdsong Professorship provides enrichment to my scholarship and teaching by covering costs for school-related travel, art materials, and supplemental research that would not otherwise be possible. It’s very encouraging to have the resources to more fully explore and carry out concepts in the arts, from projects in painting and color interaction to visiting contemporary art exhibitions. I’m very thankful for the support. 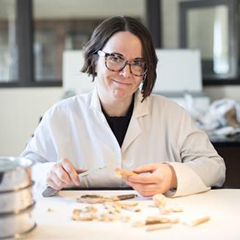 The research funds are enabling me to pursue collaborations with colleagues from around the world. Together, we are examining the origins of the bacterium that caused the bubonic plague and killed millions of people throughout history. This work involves St. Lawrence students and helps further the mission of the public health program on campus. 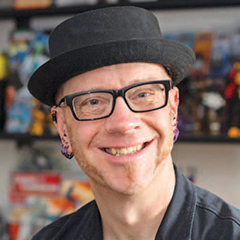 I was awarded the Rutherford Professorship of Mathematics in 2019. This distinction means a great deal to me as it reaffirms St. Lawrence University’s commitment to scholarship, pedagogy, and service; it is an honor to be recognized for my contributions in these three vital areas. This is, to me, the most significant aspect of the professorship. I will be using the associated funds both to expand my standard conference attendance, allowing me to present my work and collaborate with colleagues further, and to partially cover costs associated with student research in their senior capstone projects.