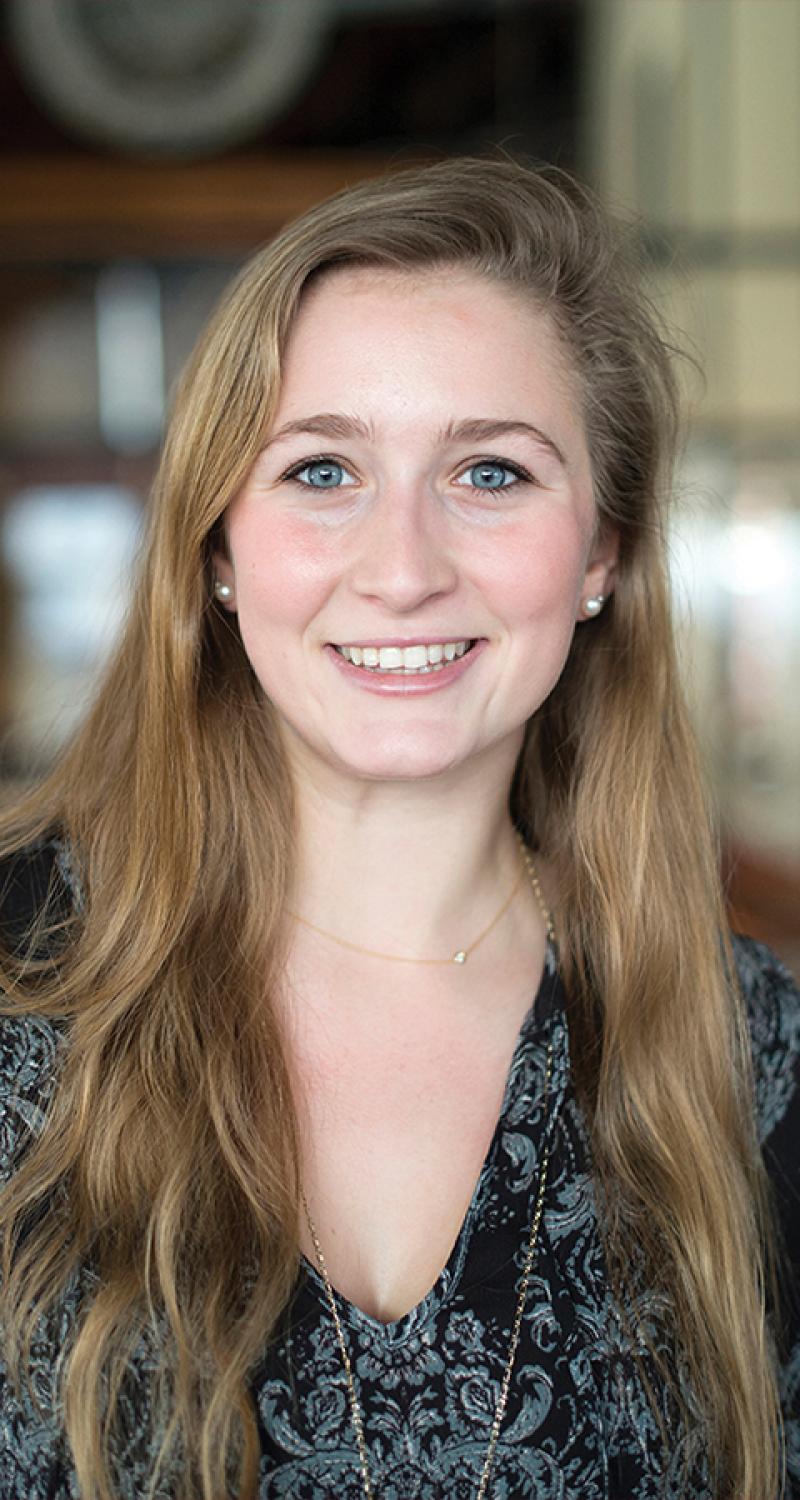 A Gift of Finding Balance

By Jonathan Brown and Deborah Dudley

In high school, Laura Jennings ’18 had all the makings of a Laurentian. Her academics and extracurricular excellence earned her the Arthur S. Torrey and Josephine Leonard Torrey Scholarship, and she embraced everything that St. Lawrence had to offer—and we mean everything.

“I just became overwhelmed,” she says. Rigorous classes, student government obligations, sorority commitments, helping younger students with their academic work, and some unexpected personal challenges all collided during her sophomore year. Jennings says, “It got to a point where I thought I was going to have to drop out.”

Fortunately, she found help at the Diana B. Torrey ’82 Health and Counseling Center on campus, a resource enhanced through the generosity of members of the same family that endowed the scholarship which made it possible for Jennings to attend St. Lawrence.

“That’s where I began to learn how to manage it all,” she says, “which is why I talk about mental health and counseling so openly. I’m an advocate for it. I recommend it to everyone.”

Health and wellness has been a lifelong struggle for Jennings, but one that also has influenced her professional interests. “I’m a bit of a klutz,” she says. “I think I’ve broken or hurt just about every bone in my body.”

Because of her health history, she began her studies thinking she’d major in pre-med. But with the help of her professors, she realized that there was more to healthcare than the doctor-patient interactions she experienced as a kid.

Jennings looked to the St. Lawrence alumni network for leads on a healthcare-related internship. She connected with Whitney MacClaren Orawiec ’09, director of operations in neurology at the Brigham and Women’s Hospital in Boston. For two summers, Jennings interned there and got a firsthand look at the complexity of the healthcare industry as well as advice on how to cater the internship more toward her economic interests in healthcare, rather than clinical.

“That internship opened my eyes,” she says. “It helped me see the range of medical jobs that help people, that aren’t solely clinical professionals. So, I started looking for post-grad opportunities that would support my developing interests.” She found one as a management associate at athenahealth, a company which uses technology to help providers improve clinical and financial outcomes.

Looking back on her four years at St. Lawrence, she says she found some of the most important tools for her next step, including a healthy approach to life’s opportunities.

One family’s generosity has given Jennings so much and assisted her in learning to manage it successfully. “St. Lawrence helped me find and develop these resources, and my time here made me aware of their value. I mean, you put these together and you can do just about anything.”

The Diana B. Torrey ’82 Health and Counseling Center

David L. Torrey funded the initial development of the Center to honor his daughter, Diana, who died from cancer in 2003. The Torrey family and others have helped the Center expand its offerings to include counseling.