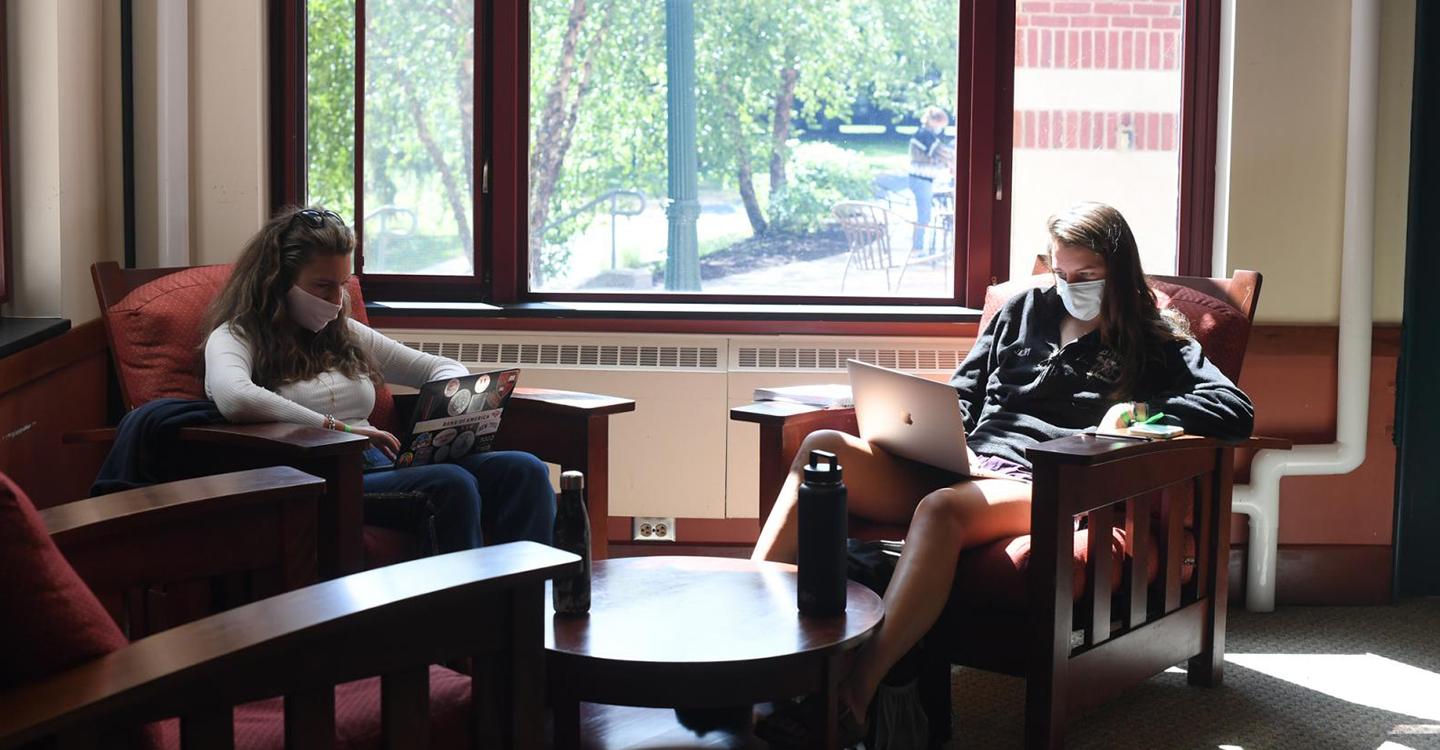 How the Julie Black Hitch ’88 and Jordan Hitch endowed scholarship made room for Samantha DelMartino ’21 to thrive.

It is a simple formula. Opportunities foster growth. Growth fosters confidence. Confidence fosters success. But for many students, taking advantage of a St. Lawrence education is only possible with financial support that enables the freedom to say “yes” to St. Lawrence and the many opportunities that come with that “yes.”

For Julie Black Hitch ’88 and her husband, Jordan, creating an endowed scholarship fund was also a very simple formula. “College tuition is a challenge for many families these days, so when Jordan and I were thinking about the best way to give to St. Lawrence, we decided that supporting scholarships was the way to go,” says Hitch. “I had such an incredible experience at St. Lawrence, both academically and socially, that I want to ensure that all students who want to attend are able.”

The Hitch Scholarship was first established in 2016. Since that time, the Hitches’ have made an additional gift to The Campaign for Every Laurentian of $500,000 supporting their endowed scholarship and the St. Lawrence Fund.

The Hitch scholarship has allowed Hamlin, New York, native Samantha DelMartino ’21 to take advantage of the full St. Lawrence experience. Double-majoring in sociology and business in the liberal arts with a public health minor, DelMartino has not wasted any opportunity.

Through the Laurentians Investing in Networking and Careers Program (LINC), DelMartino’s sophomore year was complemented by the expertise and guidance of her LINC mentor, Jillian Reich ’11, Learning & Development Program Manager at Boston Consulting Group, who encouraged and helped her to apply for summer marketing internships. Her participation in the SLU Connect Burlington event in 2018—four days of regional networking with alumni and parent business leaders—only furthered her confidence in her choice of majors.

As a member of Chi O sorority, DelMartino has taken on a leadership role in the Greek community, and by her junior year, she was elected co-vice president of the Junior Class Council using her marketing and business experiences to coordinate a successful holiday-sweater fundraiser. Study abroad in Rome, Italy, also became a viable option with the stability that the Hitch Scholarship afforded DelMartino to think beyond the borders of her campus commitments.

“Today’s employers want problem solvers, people who can work across an organization or within a team,” says Hitch. “St. Lawrence is one huge team, and the tight community fosters the development of interpersonal skills that are very valuable personally and professionally.”

Graduating this spring, DelMartino has lived and learned these skills through that St. Lawrence team spirit. “I feel much more confident in my professional skills including networking with alumni, drafting professional documents such as cover letters, and completing scholarly work.” She has set her sights on public health administration, specifically working with hospitals either in Boston or Denver after graduation in April.

“The Hitches’ generosity has made all the difference,” says DelMartino, and Julie and Jordan generosity has ensured that more students like Samantha DelMartino have the freedom to say “yes” to the St. Lawrence experience.