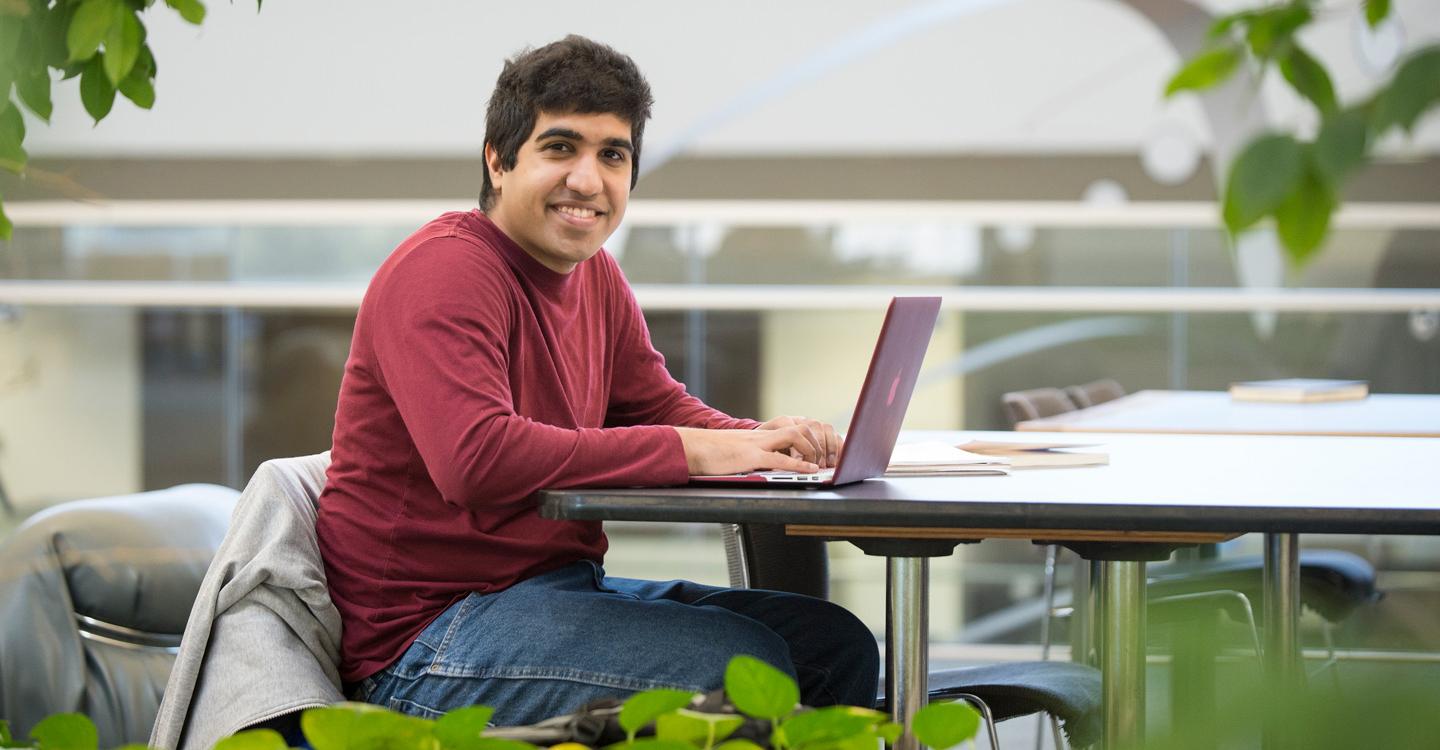 No one—including Tanveer Kalo ’18—thought he’d go to college.  St. Lawrence did, though, and the St. Lawrence Fund helped make it happen.

The University and the Arthur O. Eve Higher Education Opportunity Program saw that Tanveer had the higher-order thinking skills that lead to academic success.

“When I got the acceptance letter from St. Lawrence, my mother and father were so happy they started crying,” he says. “I was the first college student in my family.”

While at St. Lawrence, Tanveer began researching men who were born in India but served in the U.S. military during World War I. He knew they existed because their stories came up when his parents talked about their family roots in India. He struggled, though, to find documentation that met the rigorous academic demands of historical research.

His advisor told him not to give up and, eventually, he documented the experiences of eight men who were born in India and fought as U.S. soldiers in World War I. It was enough to write a paper and get his findings published. After that, though, his progress stalled. So, Tanveer wrote the U.S. Library of Congress and asked for any information that might further his research.

The response? A link to the paper that Tanveer already published.

He has now documented the lives of 50 U.S. soldiers from India. CNN asked him to consult on a television show that explored the lives of U.S. immigrants from south Asia. He’s now beginning his first year of graduate school.

It’s a remarkable journey, but Tanveer is only one of hundreds, perhaps thousands of students who relied on the St. Lawrence Fund for scholarship support to attend St. Lawrence, to find their academic footing and carve a path to a meaningful future.