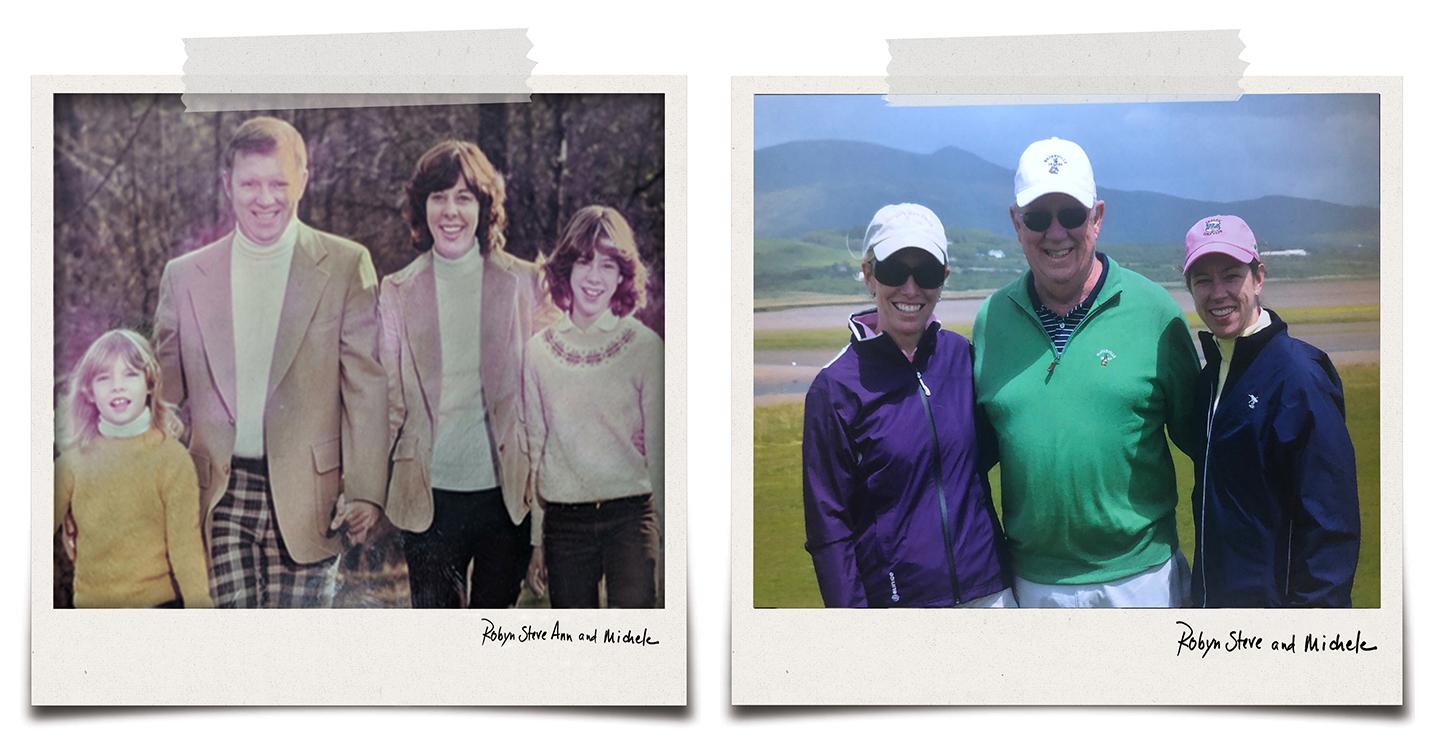 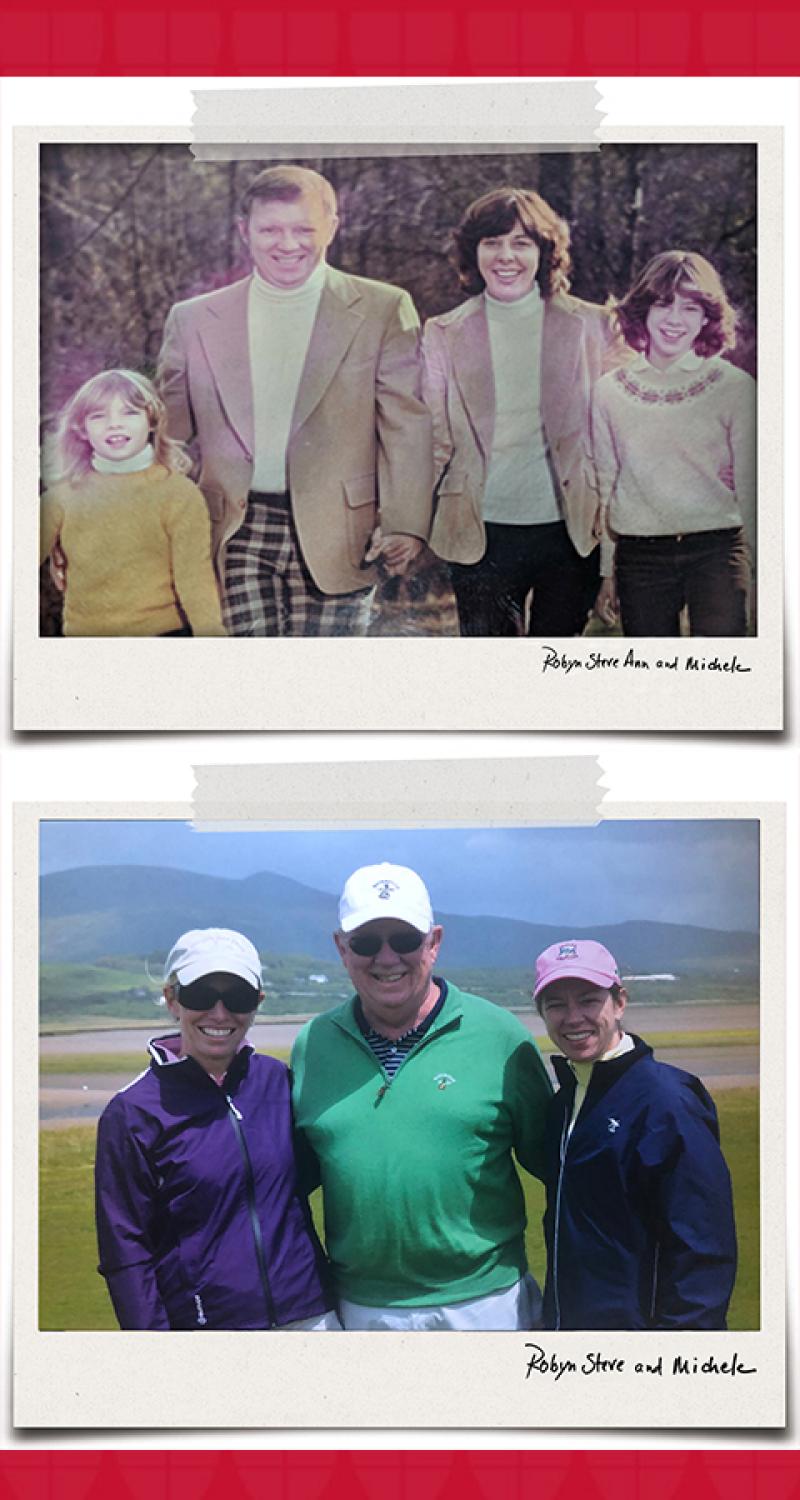 If the Munn family’s legacy were a shape, it would probably be a triangle. Although the simplest polygon, triangles are exceptionally strong, uniquely versatile, and fundamental to the way we analyze and build our physical and virtual environments.

The Munn family triangle consists of a father and his two daughters, three decades, and three initiatives that are exceptionally strong, uniquely versatile, and fundamental to the way that St. Lawrence can analyze and build effective learning environments.

Steve Munn ’64 was a proud member of Beta Theta Pi fraternity and was inducted into the St. Lawrence Athletic Hall of Fame for his college football accomplishments in 1995. He went on to serve on the St. Lawrence University Board of Trustees from 1982 to 1991 and devoted many hours to generations of students as a career advisor and fundraising volunteer before he passed away in 2017.

Steve and his wife, Ann, supported both daughters’ choice to attend St. Lawrence. Like their father, both women embraced the liberal arts tradition; both made commitments to the Greek community as Delta sisters; both had meaningful athletic careers as Saints soccer players; and, both have given back to their alma mater as volunteers. And, with the encouragement of their parents, both women studied abroad in the University’s Kenya Semester Program.

“It was more than special,” says Michele Munn Celestino ’90, currently a senior managing director at First Republic Bank in New York, about her father’s St. Lawrence ties. “You know, it really was his gateway to an excellent education and led to so many of his opportunities both professionally and personally.”

Robyn Munn Gengras ’94 started her St. Lawrence career exactly three decades after her father enrolled and just after her sister’s graduation. She agrees with Michele: “It really became so fun for the three of us to have St. Lawrence in common,” says Robyn, who is an executive editorial producer for MSNBC’s “Know Your Value with Mika Brzezinski.”

“Although our mom did not go to St. Lawrence,” says Robyn, “Mom and Dad had many lifelong Laurentian friends, especially Debbie and Mike Delduchetto. We were always able to tease Mom about being the only non-Laurentian in the group, and she always laughed and had just as much pride in St. Lawrence as we did!”

Reflecting on their own multidimensional experience at St. Lawrence, both daughters, along with their mother, have chosen to honor their father’s legacy by supporting three initiatives that were transformational for the Munn family.

“My father came from the North Country, from very humble means, and he was so passionate about giving back,” says Robyn. The Munn Endowed Scholarship will focus on need-based support for North Country students, with an emphasis on Munn’s hometown of Ogdensburg. Munn was only able to attend St. Lawrence because of an athletic scholarship, and both Michele and Robyn were certain of their father’s commitment to giving someone from his hometown the same opportunity. “He never forgot that he was from the North Country,” says Robyn. “The North Country scholarship was obviously his very first mission. He kept saying to us, ‘Girls, that’s the first priority.’”

A portion of the Munn family’s gift of $500,000 will also support the St. Lawrence Fund, designed to be a source of versatile funding for student and faculty opportunities as well as supporting the institution’s greatest needs while keeping it competitive among peer institutions.

The third angle of the triangle comes in support of the Engaging Africa Fund, a fund established in 2013 to support summer programs in Africa, African studies lectures on campus, Kenya program internships, and scholarships for African students.

“To take advantage of an opportunity to spend a semester there, it’s really a once-in-a-lifetime chance,” says Michele. “The fact that you can have a school-sponsored semester in East Africa and feel safe, but also challenged and exposed to amazing things, all within the confines of a well-established university program—that’s very unique. I think it sets St. Lawrence apart. I still talk about it. At least once a month someone asks me about it.”

“It’s just about as opposite and foreign as you can possibly get from Canton,” says Robyn, “so to say, ‘it’s transformative’ is an understatement. There are not too many other Kenya programs that do what St. Lawrence’s does. It’s definitely, in my opinion, the best in the country.”

With Michele, Robyn, and their mother, Ann, investing in Engaging Africa, scholarships, and the St. Lawrence Fund, they have ensured that Steve Munn’s legacy will represent 180 degrees of support for future Laurentians at home and abroad.