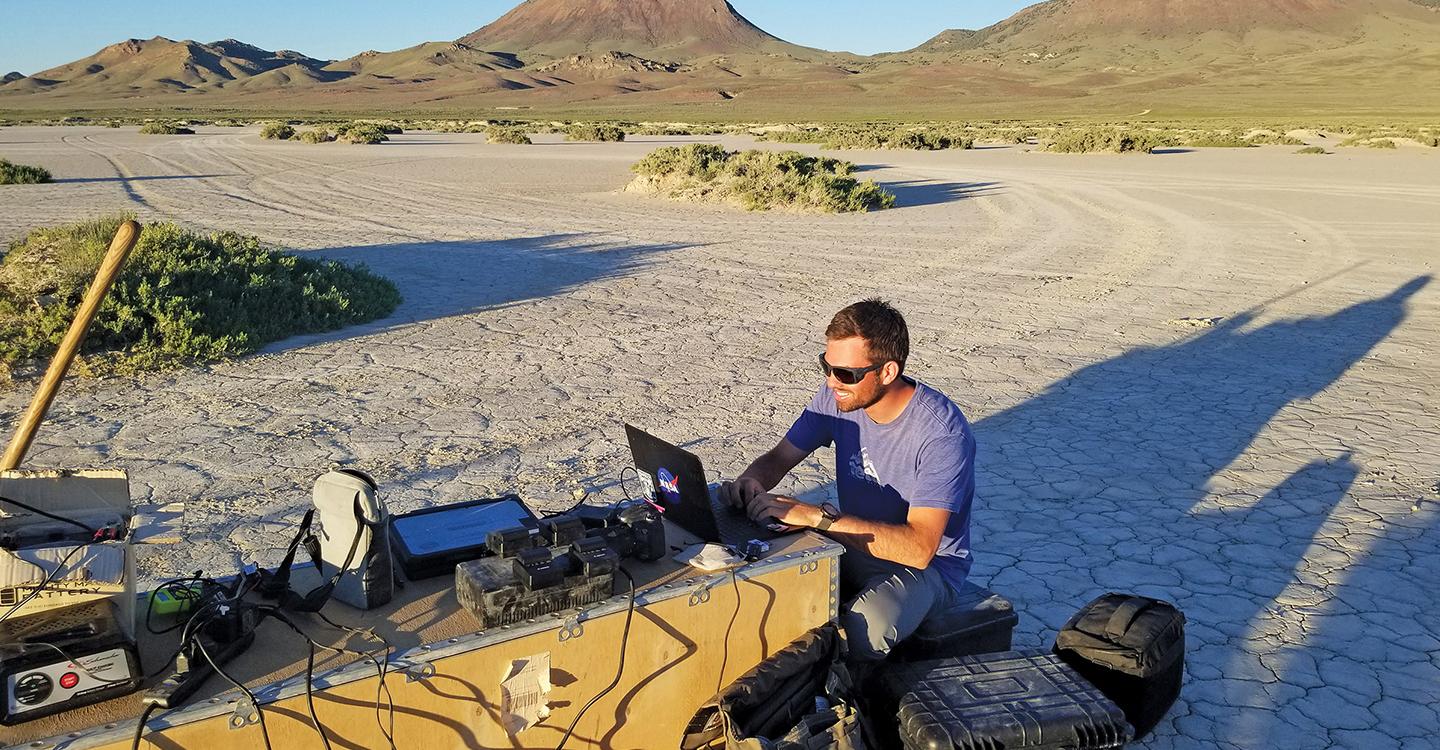 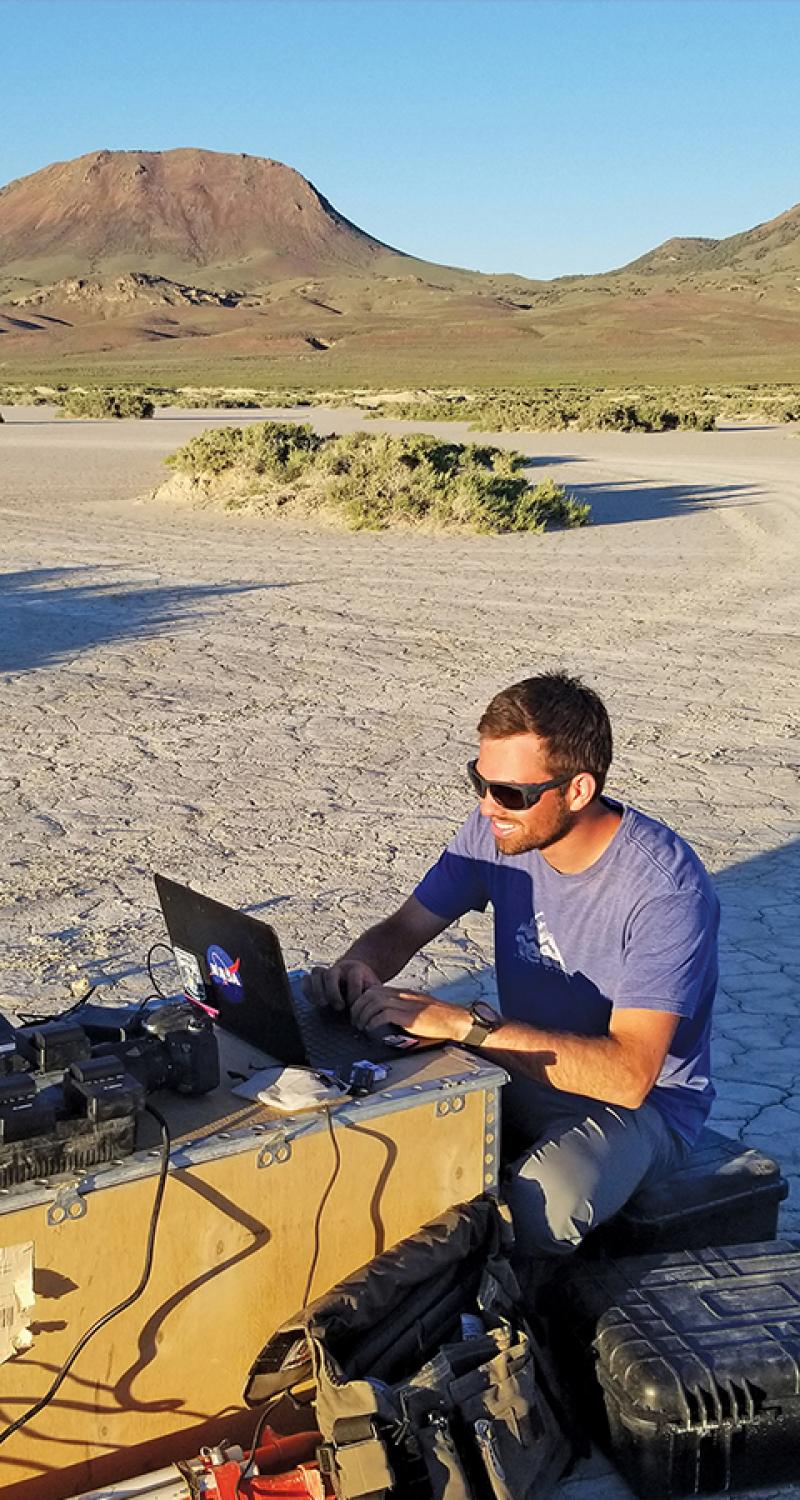 The Details are in the Devils

By Ryan Deul and Deborah Dudley

“Dust devils are like little tornadoes of dry dust that result when the surface heats up quickly. The hot air on the ground stays sheltered while the heat is transferred into the upper atmosphere through the spinning columns of air,” says Owen Sprau ’21, who, along with classmate and fellow geology major Banner Cole ’22, spent summer 2019 in the Nevada desert as dust devil field assistants with the SETI Institute.

“Dust devils are the convection cells along the playa (flat desert basin) where cooler air and warmer air come together,” says Cole. Using a camera array to map the desert surface in 3D, while measuring temperature, wind speeds, and heat fluctuations, Sprau and Cole helped to analyze how much dust was going into the upper atmosphere and how it was affecting cloud formations, while comparing their findings to larger climate models.

Among their cohort of researchers was fellow Laurentian and project research scientist Stephen Metzger ’78, who, alongside senior research scientist in planetary sciences at the SETI Institute and team leader Lori Fenton, Earth and planetary geologist Stephen Scheidt, and UCLA graduate student Taylor Dorn, made up SETI’s Dust Devil Fieldwork team.

Metzger’s role on the project included setting up and managing the weather instruments, and camp organization as well as mentoring and supervising Cole and Sprau’s work with the team. According to Fenton, Metzger has “got all the gear and outdoors experience you could want on a field research campaign, plus he specializes in dust devils.”

The takeaways for Cole and Sprau are how the dust devil research illustrates the bridge between geological science and atmospheric science. What’s more, because the Nevada desert playa is similar to the surface of Mars, the research also serves as a proxy for what the atmosphere may be like on Mars. This theory is consistent with NASA’s photographic evidence of similar dust devils on the surface of Mars.

Connecting the dots is what it is all about, and for these three Laurentians, their work 2,522 miles from Canton in the Nevada desert may provide the key to interpreting the atmosphere 33.9 million miles away on Mars. In this case, the details are in the devils.