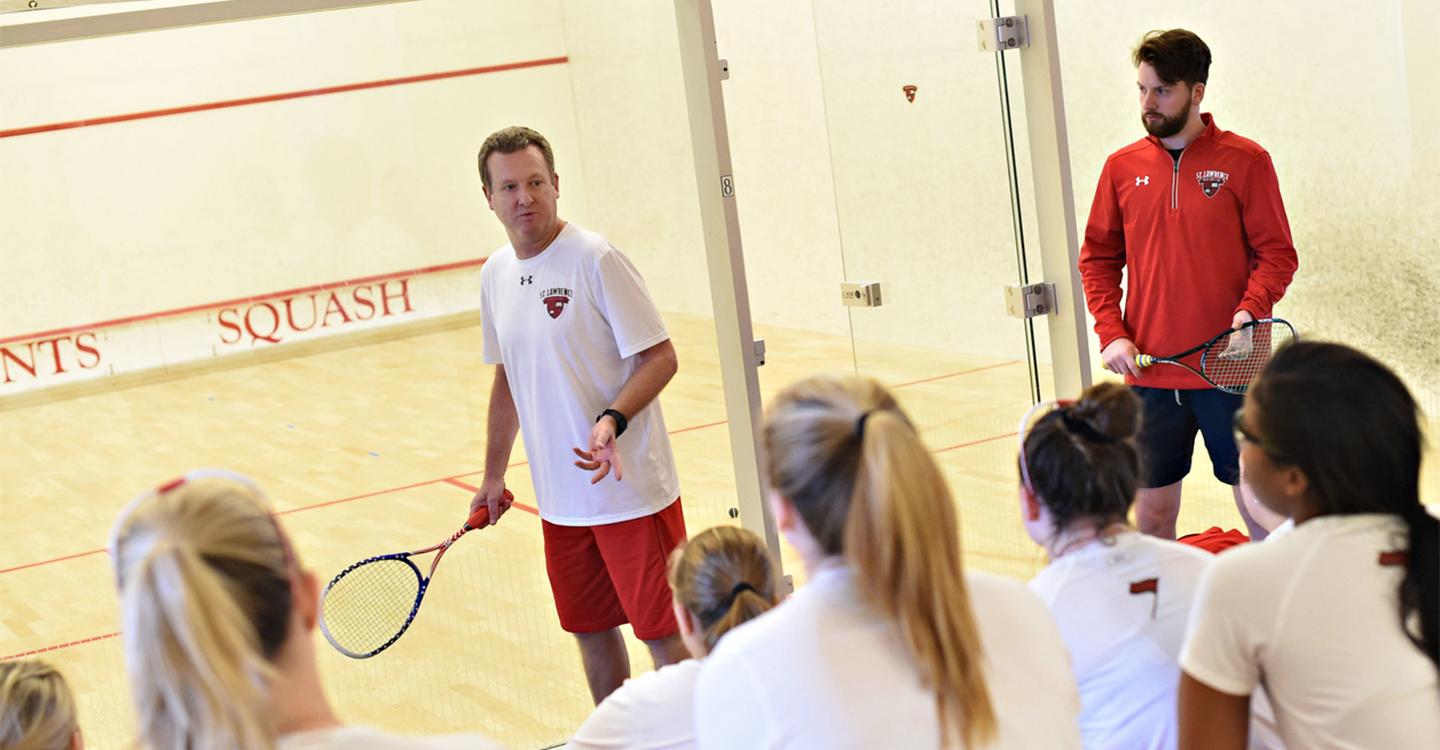 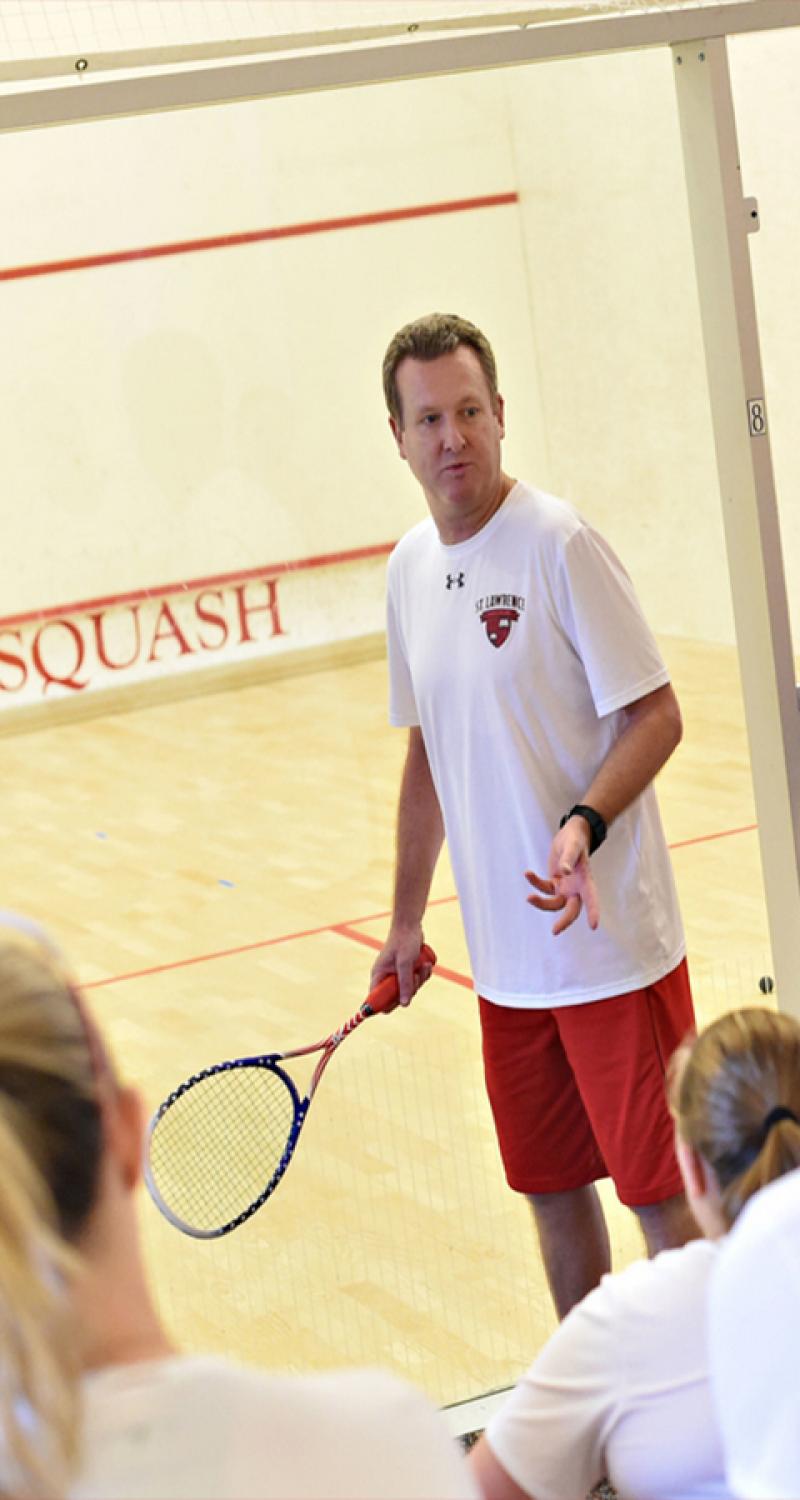 After a national search, Denne was hired in December 2018 and joined St. Lawrence after serving as the assistant squash coach at Cornell University since January 2017.

“It has always been a dream of mine to coach my own teams and be able to shape the programs in such a way that makes every single student-athlete’s experience one they will remember for the rest of their lives,” Denne expressed upon his hiring.

Though his time with the Saints has been brief, he’s already begun to implement changes to set his dream in motion.

“So far I have changed quite a lot of the training and given the team a whole new set of drills and exercises in which they can not only come here as good players, but also continue to develop their skill set and improve before they leave St. Lawrence,” says Denne. “Also, spending a lot of time with the women’s team has shown me there is enthusiasm to learn and develop both on and off the court. The teams seem very enthusiastic right now.”

That enthusiasm helped the women’s program earn an impressive 8-1 win over William Smith on Feb. 3, in addition to 9-0 wins over both Vassar and Bard the day before, to retain their Liberty League title.

“Winning the Liberty League was so exciting,” Denne explains. “The women’s team responded so well to the new training and improved in such a short time. Last season, it was so close with William Smith (5-4 in February 2018), and this season it was a comfortable win.”

As his time with the Saints continues, Denne hopes to engage more with both parents and alumni in an effort to help his players connect with the Laurentian community.

“They have so much to offer from their personal experiences here,” he says. “I hope to have events where the players can meet alumni and talk about their time at SLU and benefit from their career advice.”

Denne brings over 30 years of experience as a professional squash player and coach to St. Lawrence. He was a singles finalist at U.S. Nationals (30+) in 2000 and again in 2005 (35+), ranked No. 12 on the U.S. men’s professional singles tour in 2002, and was half of the ninth-ranked doubles team with partner Mark Eugeni on the ISDA Doubles Tour in 2003.

In addition to his collegiate coaching experience, Denne served as squash director and head squash professional at five different clubs, including stints at the Missouri Athletic Club, MetroSquash Chicago, and Buffalo Tennis & Squash Club. He also coached the U.S. Junior National Team from 2001 to 2005 and was the director of junior development at the Birmingham Athletic Club in 2013-14, where he oversaw the development of more than 110 kids in the program.