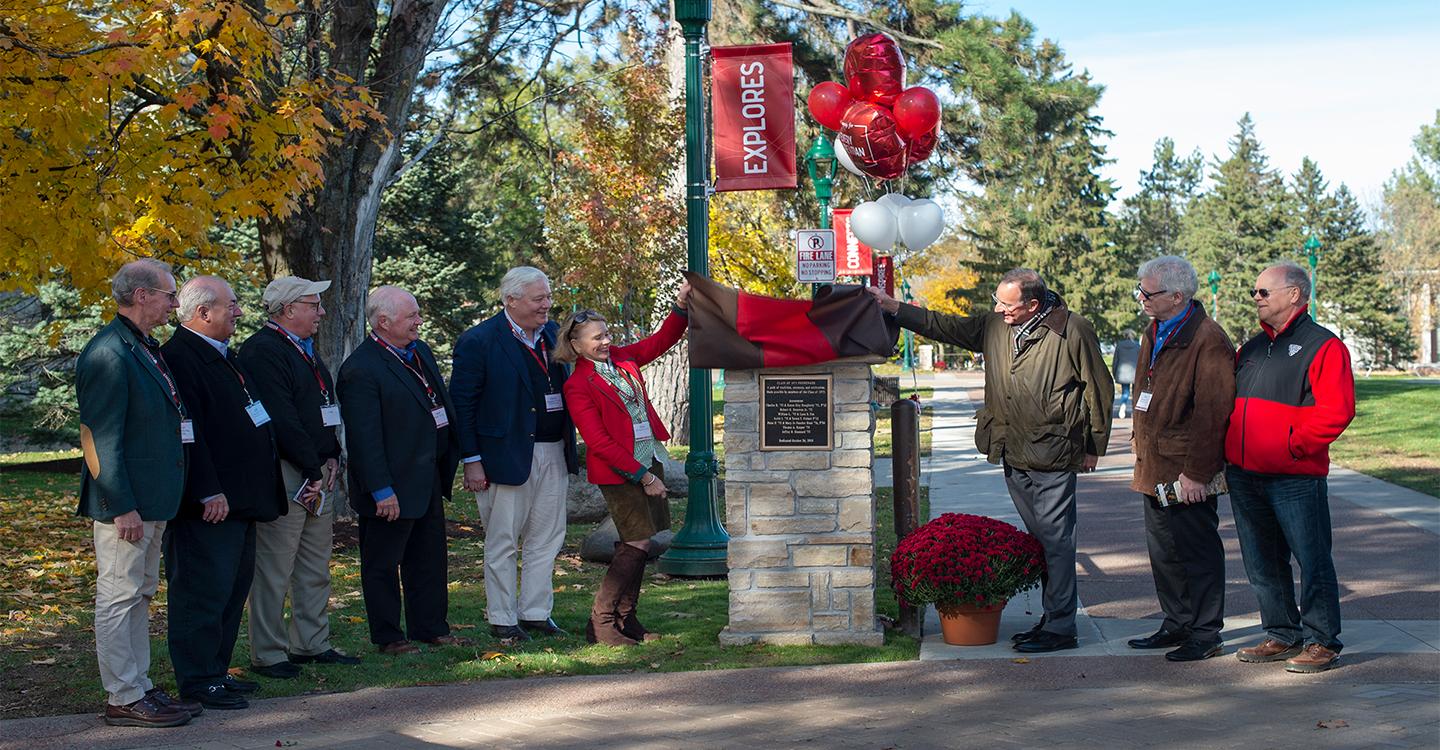 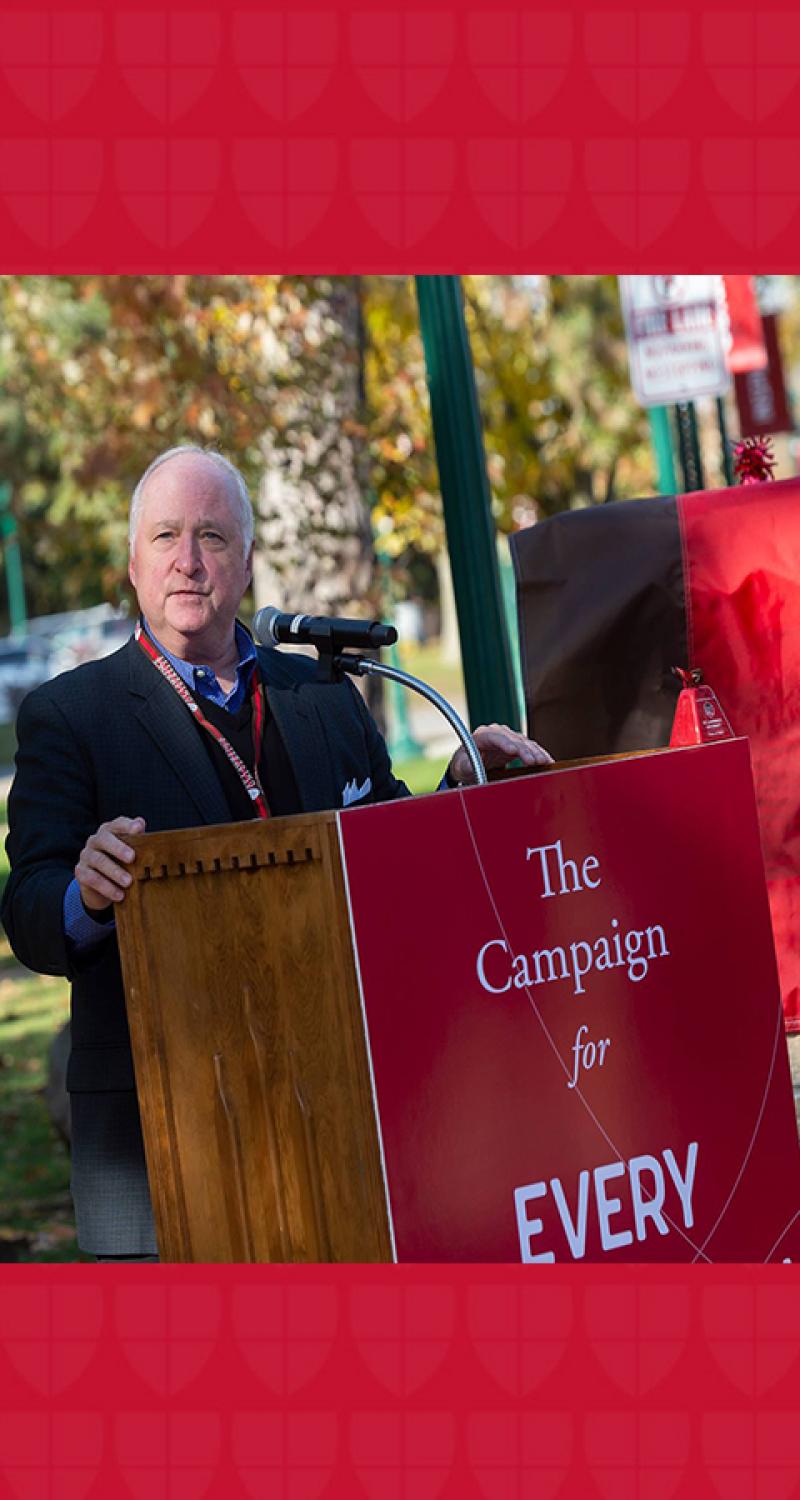 The Class of 1975 Promenade: The Connecting Point

Every Laurentian can name meaningful spots on campus. For Keith Fulmer ’75, P'12, one of them is the walkway with the Richard F. Brush '52 University Quad on one side and Gunnison Memorial Chapel on the other.

“I always thought of the Promenade as a kind of peaceful walk to a busier part of campus.”

As a student, Fulmer lived in the Alpha Tau Omega house at the corner of University and College. For him, walking across the Promenade seemed quiet and welcoming as he entered the area where most classes and activities took place.

The space is now dedicated as the Class of 1975 Promenade.

“The Class of ’75 was and is a great group of people,” Fulmer says. “A wonderful peer group and some of my very best friends, still. It’s not surprising that members of the class thought enough of their experience at St. Lawrence to generously commit to its future by funding the naming of the Promenade.”

It is a passage: to the matriculation ceremony marking the first day of the St. Lawrence experience, to classes, to meet friends, to commencement on the last day of each senior class. The promenade also hosts the alumni parade during each reunion. Without walls or roof—and perhaps because of that—this place has become a Laurentian connecting point.

Fulmer and classmates Charlie '75 and Karen Sivy Daugherty '75, P'12 led the effort in which several members of the Class of ’75 made leadership gifts to designate the walkway and to support the launch of The Campaign for Every Laurentian. Campus stewardship is a Big Idea of The Campaign and Fulmer says he and his classmates were proud to contribute to this initiative.

“It will be nice to have the class recognized by those who use the walkway,” he says. “But, in my opinion, it is also a bit of well-deserved recognition for our classmate and friend, President Bill Fox. He has done so much to strengthen the legacy of St. Lawrence.”

As an example, Fulmer points to his son.

“He graduated from SLU in 2012, 37 years after us, and he had the same fantastic experience that I did. That speaks directly to the St. Lawrence tradition: an exceptional experience, outstanding education, and an enduring relationship with classmates and other alumni, forever.”