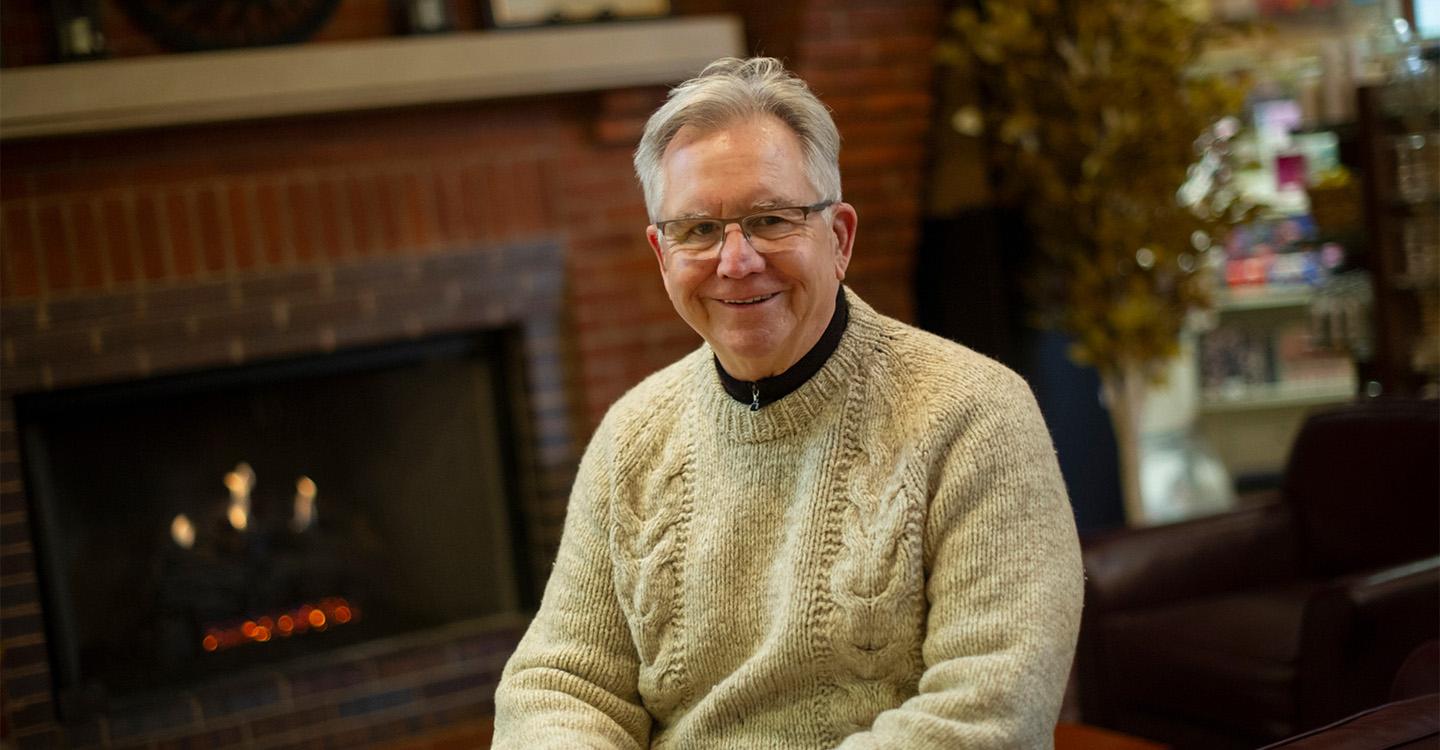 A $1.5 million gift from a Class of 1967 alumnus and North Country native will go toward supporting theater and performing arts programming at St. Lawrence University for years to come.

Bill Martin ’67 has maintained a devout commitment to arts programming on the St. Lawrence campus as well as a commitment to enriching off-campus student experiences. For several years, Martin has been supporting students who take part in St. Lawrence’s Liberal Arts in New York City program by creating internship and cultural excursion opportunities in the performing arts world.

Martin grew up in Potsdam, graduating from Potsdam High School in 1963, and put to work his St. Lawrence liberal arts education in a career that spans the fields of disability advocacy, energy, sustainability and the shaping of public policy through entrepreneurship. He is also a playwright, producer and the past chair of the Epic Theatre Ensemble, a professional theater company in New York City that he has brought to St. Lawrence and whose productions focus on promoting engaged citizenship and social change. He is also on the board of LARK Theatre, The Colorado New Play Festival and the deCordova Sculpture Garden and Museum.

“Bill Martin’s generous gift demonstrates his deep commitment to ensuring that every Laurentian benefits from taking part in theater productions at St. Lawrence as an actor or a member of the crew and audience,” said President William L. Fox. “It’s a recognition that performance art is vital for our students and our local community.”

Martin’s gift will create an endowment that will fund performance programming, operations and capital improvement needs. The fund will give the Department of Performance and Communication Arts (PCA) the ability to improve performance facilities and purchase new equipment such as sound, lighting and instruments.

Jennifer Thomas, associate professor of theater, commented: “University Theatre and the PCA department are excited to use Mr. Martin’s gift to get our spaces equipped for 21st-century technology and performances. It also means we can imagine special performances (musicals or an additional show in our season) with more certainty.”

Martin’s gift supports The Campaign for Every Laurentian, the largest comprehensive fundraising initiative in the more than 160-year history of St. Lawrence University. With a fundraising goal of $225 million, the Campaign will support four priorities: Endowing Our Future, Learning for the 21st Century, the Power of Connections, and Campus Stewardship as well as continued support for the St. Lawrence Fund. The Campaign will expand the student experience, broaden Laurentian engagement, strengthen and build St. Lawrence’s reputation, involve the entire campus community, and ensure the University’s financial security.

For more information about theater and performing arts at St. Lawrence, visit the Department of Performance and Communication Arts.