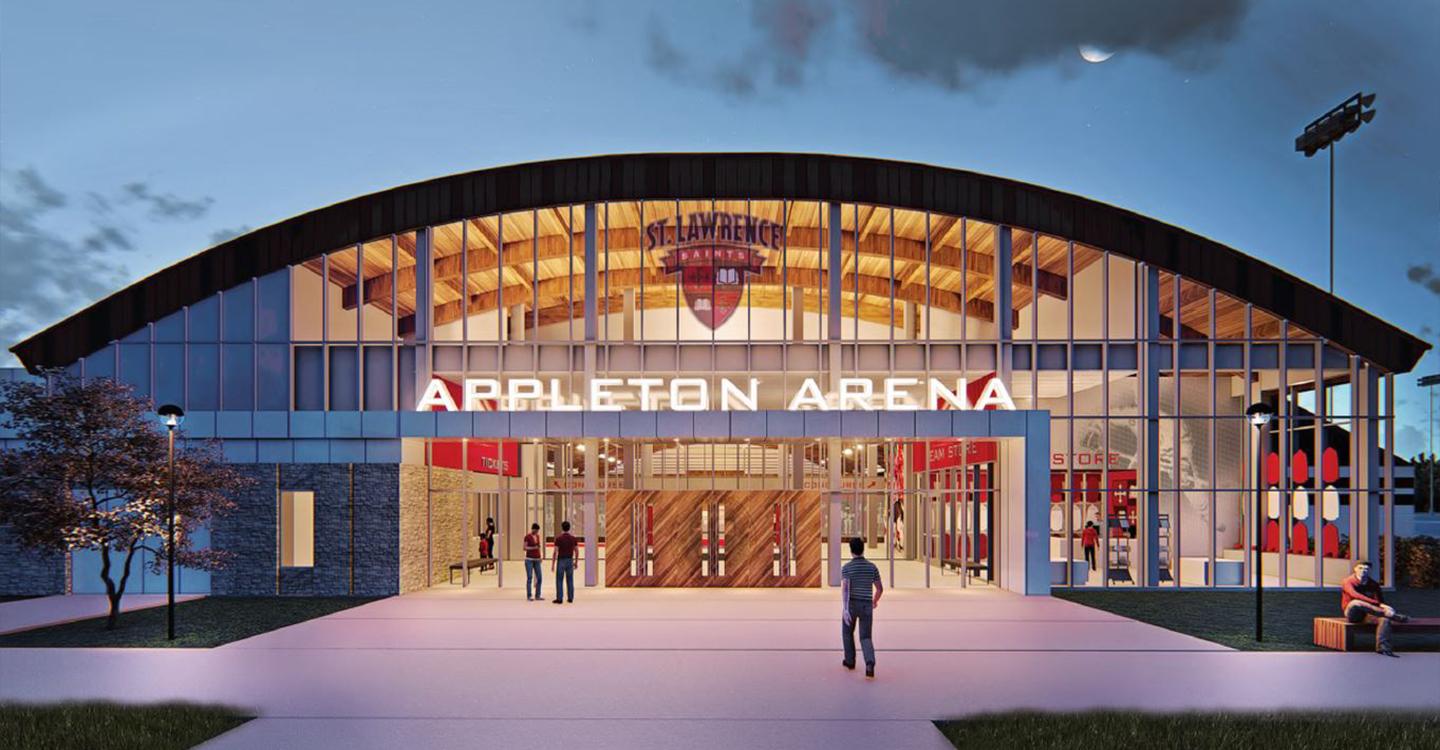 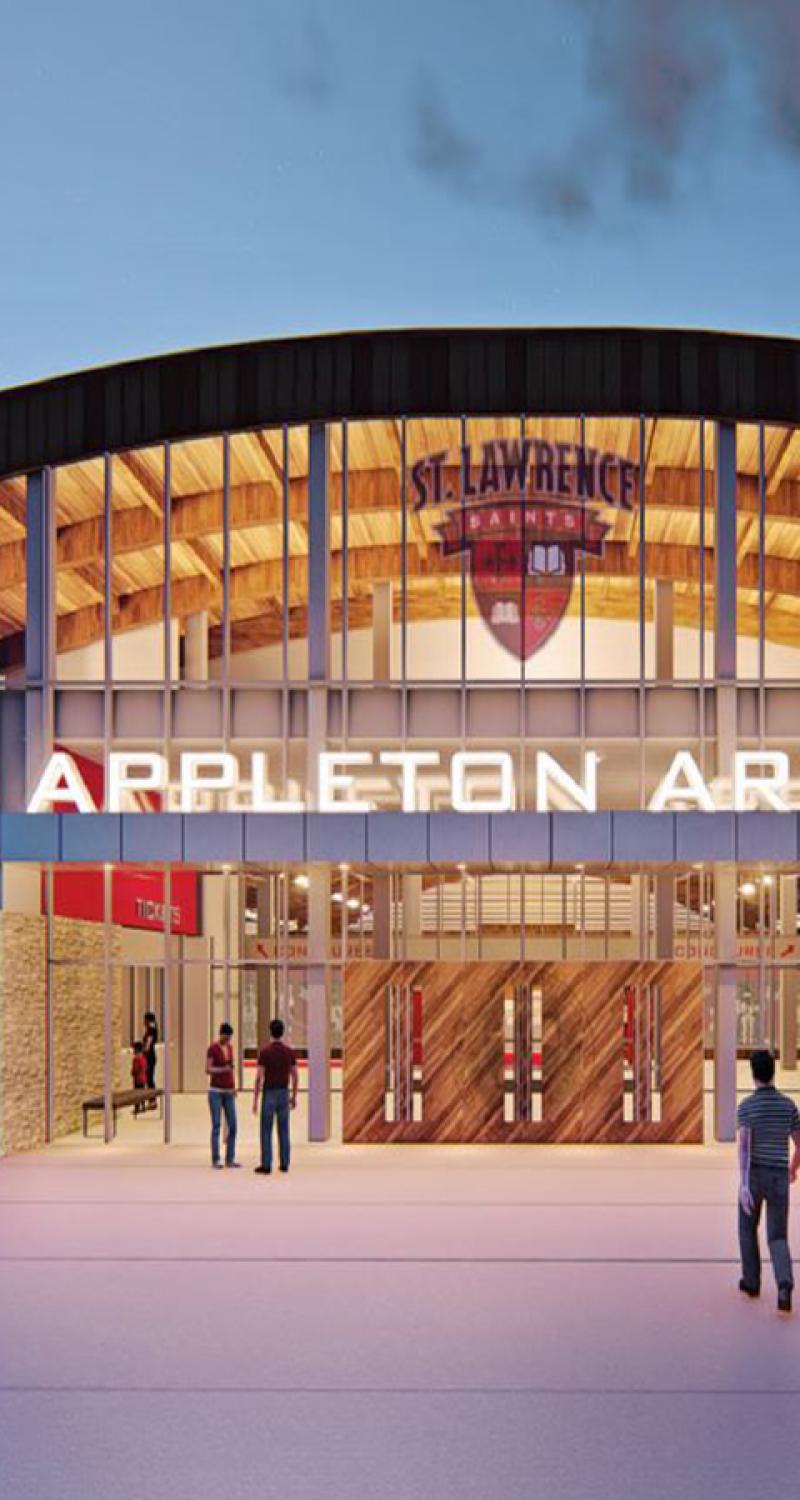 St. Lawrence University announced that an additional $1 million gift was received from a generous anonymous donor for the Appleton Arena Renovation. The project will provide St. Lawrence’s NCAA Division I men’s and women’s hockey programs with renovated and new state-of-the-art facilities, and will enhance the fan game experience. The completely donor-funded project has raised nearly $18.4 million.

A new separate $1 million challenge was recently announced to honor former men’s ice hockey head coach Joe Marsh with the goal of naming the men’s hockey team suite after him. Commitments of $250,000 from a few members of the Hockey Alumni Association Board have been made in support of this project. As part of their gift, the anonymous donor has added an incentive for Laurentians to honor Coach Marsh. If an additional $500,000 is raised, they will allocate the final $250,000 needed to complete this special fund. 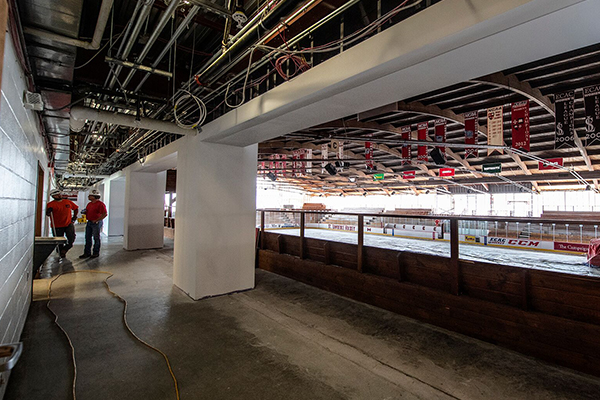 The building dedication and Legends of Appleton Weekend has been rescheduled from November to February 7 and 8, 2020, in order to ensure that all spaces are completely furnished and ready for the event. The men will host Clarkson on Saturday night and the women will play Yale and Brown on Friday and Saturday, respectively. There is no change to the existing game schedule for the 2019-20 season. More details will follow this fall.

The University has worked with global design firm HOK, one of the premier architectural companies for designing sports venues in North America, during the past two years. Northland Associates has been the construction manager on the project since this past spring.

Originally opened in 1951, Appleton Arena is regarded as one of the University’s significant heritage facilities. While preserving the charm of the iconic wood seating and the vaulted roof is a top priority, improvements will include a new entrance, widening concourses, expanding concessions, additional social spaces including the Legends of Appleton Room, and improving both broadcast and live streaming technologies. It will also include a strength and conditioning center named in memory of Michael “Buddy” Cornacchia ’74, who died in 2014.

A second phase of the project will also expand Appleton to support the Saints’ NCAA Division III men and women’s lacrosse, field hockey, softball and the men and women’s rowing teams. Plans and construction drawings have been completed and the University is actively seeking a lead gift for the second phase. That portion of the renovation will begin when fundraising has been completed for that phase. 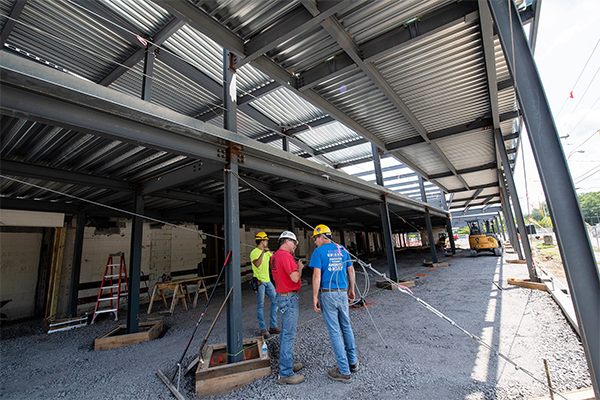 View of the Appleton Arena expansion towards Miner Street.

The Appleton Arena project is supported by The Campaign for Every Laurentian, the largest comprehensive fundraising initiative in the more than 160-year history of St. Lawrence University. With a fundraising goal of $225 million, the Campaign will support four priorities: Endowing Our Future, Learning for the 21st Century, the Power of Connections, and Campus Stewardship as well as continued support for the St. Lawrence Fund. The Campaign will expand the student experience, broaden Laurentian engagement, strengthen and build St. Lawrence’s reputation, involve the entire campus community, and ensure the University’s financial security.

For more information on naming opportunities and supporting the project, including the special fund to honor Coach Marsh, please contact Andy Whittier ’91, principal gifts officer and director of Athletic Development, at awhittier@stlawu.edu or 315-229-5511.